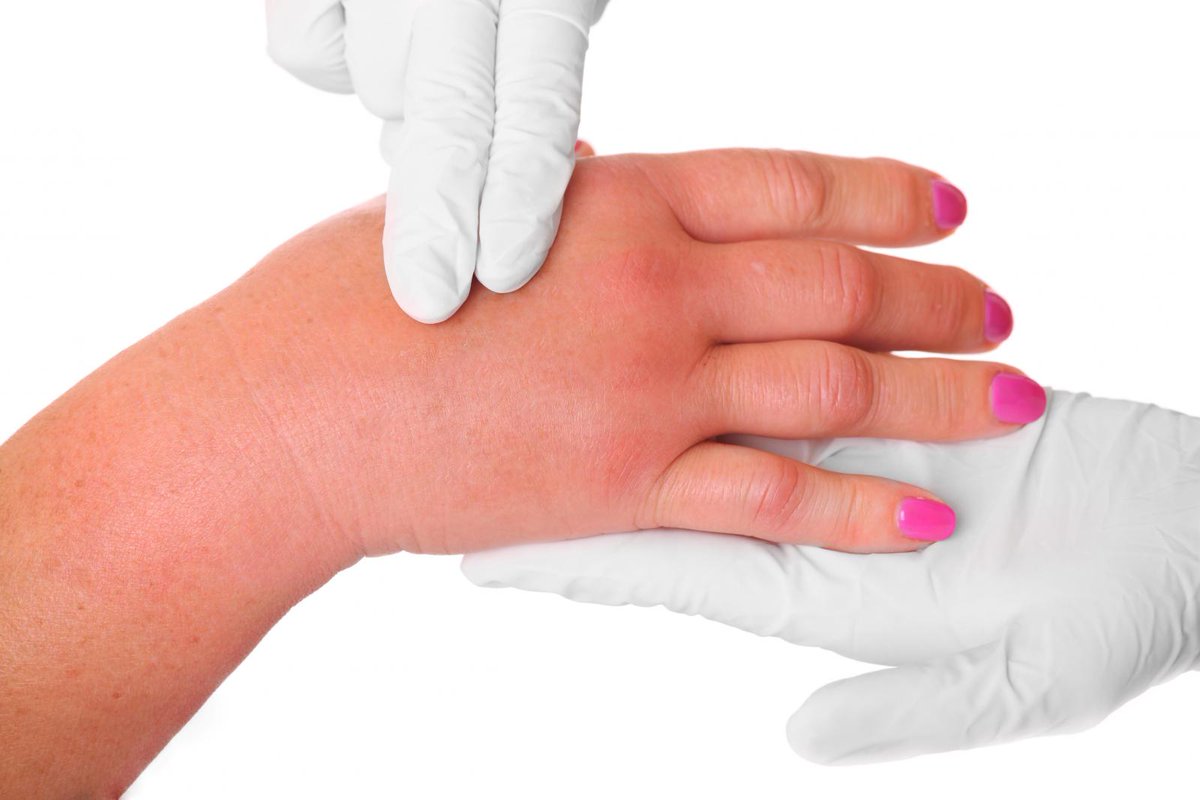 Patients with hereditary angioedema experience recurrent and sometimes life-threatening swelling attacks. Researchers from Charité – Universitätsmedizin Berlin have tested an antibody capable of reducing the frequency of these swelling attacks by more than 90%. Results from their phase 3 trial were published yesterday in JAMA, the renowned Journal of the American Medical Association

Hereditary angioedema is a rare genetic disease characterized by painful swellings affecting the skin, mucous membranes, and internal organs. Attacks occur spontaneously and usually last for several days. Swelling of the upper airways including the throat and tongue can cause death by asphyxiation.

In severely affected patients, treatment usually involves prophylactic therapy aimed at reducing the risk of life-threatening swelling. In the past, treatments available for this purpose often produced severe side effects, required multiple injections per week, or were of limited efficacy.

Charité-based researchers have now been able to show that lanadelumab, a new monoclonal antibody treatment, is capable of reducing the frequency of swelling attacks by more than 90 percent. Given every two weeks by subcutaneous injection, the treatment can be self-administered by the patient using an injection pen.

"This new antibody is the most effective treatment currently available for the prevention of swellings in patients with hereditary angioedema," explains Prof. Dr. Marcus Maurer, Research Director of Charité's Department of Dermatology, Venereology and Allergology and senior author of the study. "It will also come as a great relief to patients that this medicine only needs to be injected once every two weeks," he adds.

As part of their international phase 3 trial, 125 patients aged 12 years or older received different dose regimens of lanadelumab or placebo for a duration of 26 weeks. At the most effective dose, the antibody-based treatment reduced the monthly attack rate from 3.5 to 0.26.

Based on the results of this trial, the European Medicines Agency's Committee for Medicinal Products for Human Use recommended in October that lanadelumab be authorized for use in the prevention of recurrent attacks of hereditary angioedema in patients aged 12 years and older. "This recommendation will inform the European Commission's decision on a marketing authorization, which is expected later this year," says Prof. Maurer.

Lanadelumab is an antibody that targets a protein in the body called kallikrein. In the bloodstream, kallikrein produces bradykinin, a tissue hormone that causes fluids to leak from blood vessels into tissues, causing swelling.

In people with hereditary angioedema, genetic changes result in an overactivation of the kallikrein system. Lanadelumab binds kallikrein, thereby inhibiting the production of bradykinin and preventing the swelling attacks typically associated with the disease.