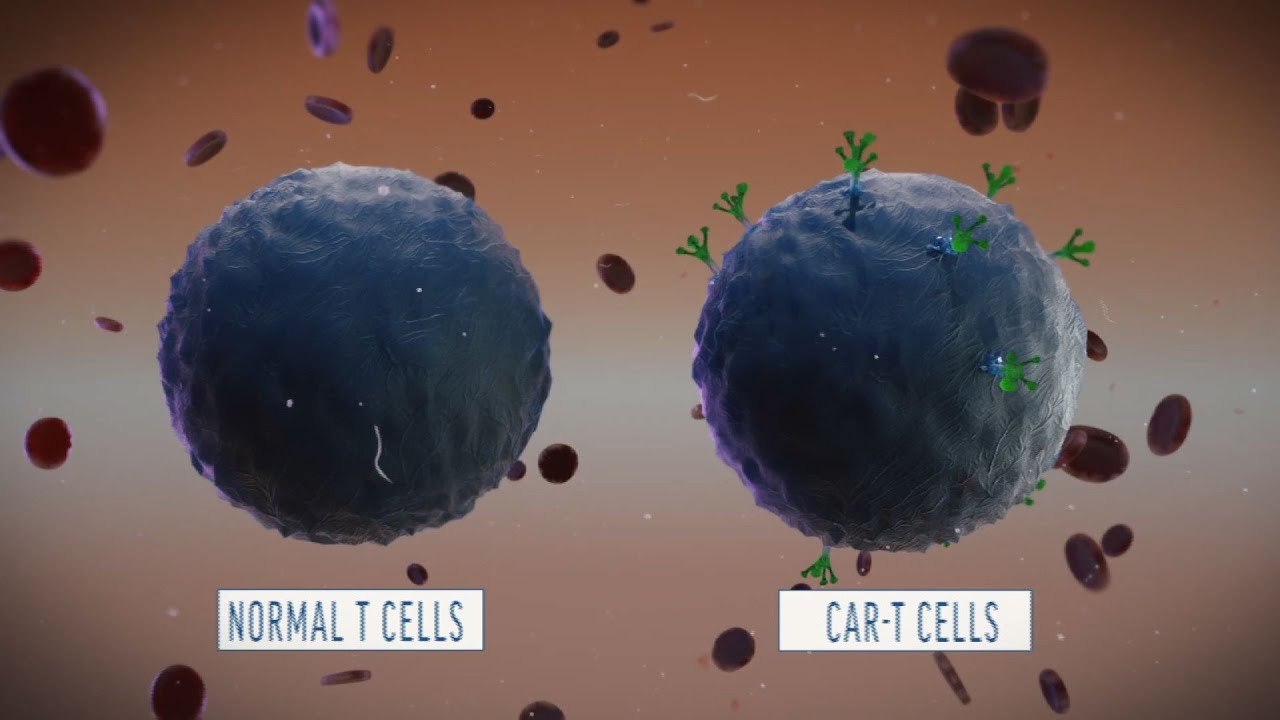 CAR-T cell therapy uses T cells engineered with CARs for cancer therapy. The premise of CAR-T immunotherapy is to modify T cells to recognize cancer cells; in order to more effectively target and destroy them. Scientists harvest T cells from people, genetically alter them; then infuse the resulting CAR-T cells into patients to attack their tumors. CAR-T cells can either derived from T cells in a patient’s own blood (autologous); or derived from the T cells of another healthy donor (allogeneic).
Once a person, these T cells are genetically to express a specific CAR, which programs them to target an antigen that is present on the surface of tumors. For safety, CAR-T cells are engineered to specific to an antigen expressed on a tumor that is not expressed on healthy cells.

A preclinical study led by scientists at the UCLA Jonsson Comprehensive Cancer suggests that heating solid tumors during CAR T-cell therapy can enhance the treatment’s success. The researchers found that when a heating technique called photothermal ablation was combined with the infusion of CAR T cells, it suppressed melanoma tumor growth for up to 20 days in mice. Among the mice that treated with the combination, 33 % still tumor free after the 20-day mark.

T cells that have genetically engineered with chimeric antigen receptor, or CAR; have successfully used to treat many patients with lymphoma and leukemia. But CAR T cell therapy has been less successful for treating solid tumors because the tumors have a protective microenvironment; which makes it harder for the CAR T cells to break into the tumor and keep the T cells activated.

The UCLA scientists decided to test whether combining CAR T therapy with photothermal therapy could overcome that obstacle. Photothermal therapy is a minimally invasive technique that uses heat from laser energy to kill cancer cells; it is used to treat a variety of cancers and other medical conditions. The researchers tested mild hyperthermia about 40 degrees Celsius (about 104 degrees Fahrenheit) to see if it could help enhance the CAR T cells to better attack the tumor.

The UCLA-led team tested the technique in mice that injected with human melanoma tumors. A photothermal agent was injecting into the tumors and then irradiating with the laser to heat them. Then, CAR T cells injected intravenously. Raising the temperature of the laser to about 40 degrees Celsius helped expand blood vessels associated with the tumor, enhancing T cell growth.
By enhancing the power of CAR T cell therapy, the technique could eventually improve the prognosis; for people with hard-to-treat solid tumors. The researchers will continue testing the strategy in animals to optimize the heating duration and temperature before determining whether it can be tested on humans.