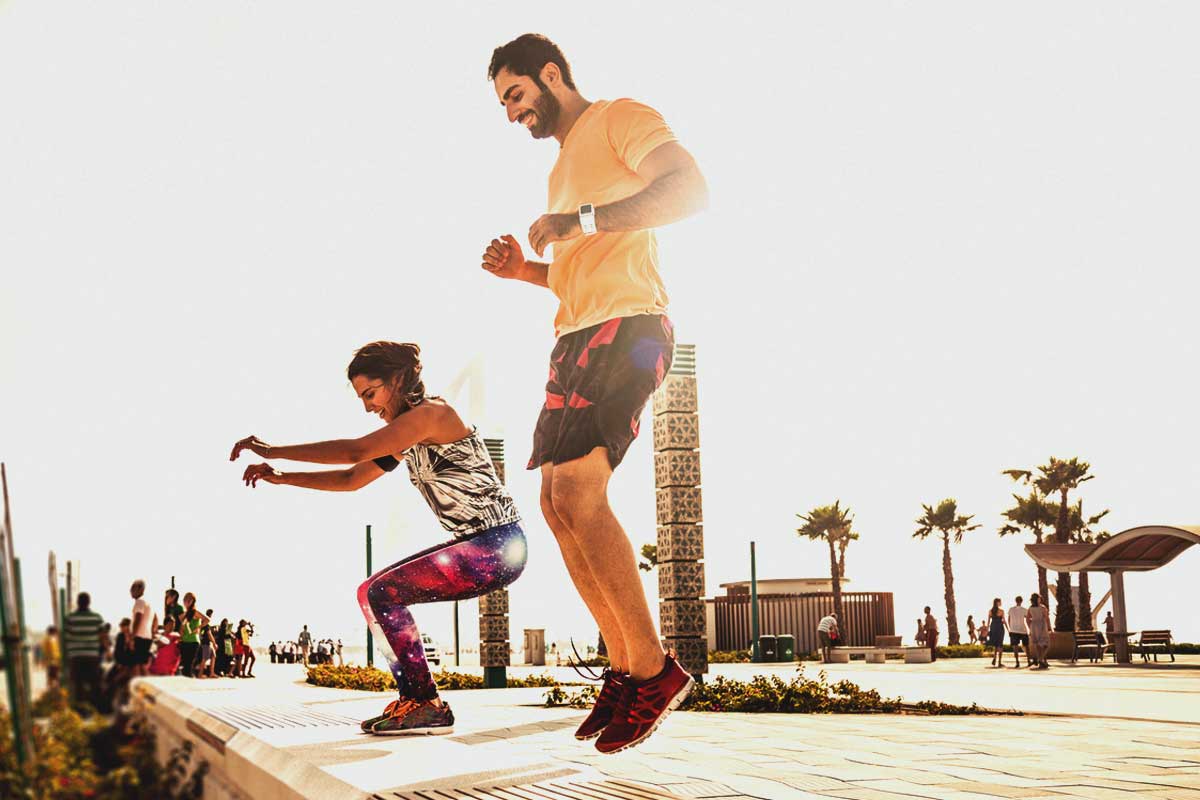 Move more, sit less and get kids active as young as age 3, say new federal guidelines that stress that any amount and any type of exercise helps health. The advice is the first update since the government's physical activity guidelines came out a decade ago. Since then, the list of benefits of exercise has grown, and there's more evidence to back things that were of unknown value before, such as short, high-intense workouts and taking the stairs instead of an elevator

Only 20 percent of Americans get enough exercise now, and the childhood obesity problem has prompted the push to aim younger to prevent poor health later in life. Highlights of the advice released Monday at an American Heart Association conference in Chicago and published in the Journal of the American Medical Association:

The biggest change: Start young. Guidelines used to begin at age 6, but the new ones say preschoolers ages 3 through 5 should be encouraged to take part in active play throughout the day. They don't call for a certain amount but say a reasonable target may be three hours of various intensities. That's consistent with guidelines in many other countries and is the average amount of activity observed in kids this age.

From ages 6 through 17, at least an hour of moderate-to-vigorous activity throughout the day is recommended. Most of it should be aerobic, the kind that gets the heart rate up such as brisk walking, biking or running. At least three times a week, exercise should be vigorous and include muscle- and bone-strengthening activities like climbing on playground equipment or playing sports.

Duration stays the same—at least 2½ to 5 hours of moderate-intensity or 1 ¼ to 2 ½ hours of vigorous activity a week, plus at least two days that include muscle-strengthening exercise like pushups or lifting weights.

One key change: It used to be thought that aerobic activity had to be done for at least 10 minutes. Now even short times are known to help. Even a single episode of activity gives short-term benefits such as lowering blood pressure, reducing anxiety and improving sleep. Sitting a lot is especially harmful. The advice is similar for older adults, but activities should include things that promote balance to help avoid falls.

Brought to you by the Letter E

Targeting young children is the goal of a project that Dr. Valentin Fuster, a cardiologist at New York's Mount Sinai Hospital, has worked on for years with the Heart Association and Sesame Workshop, producers of television's "Sesame Street."

At the heart conference, he gave the results of an intensive four-month program to improve knowledge and attitudes about exercise and health among 562 kids ages 3 to 5 in Head Start preschools in Harlem.

"It was really successful," Fuster said. "Once they understand how the body works, they begin to understand physical activity" and its importance. When brains are young, "it's the best opportunity" to set healthy habits that last, he said.