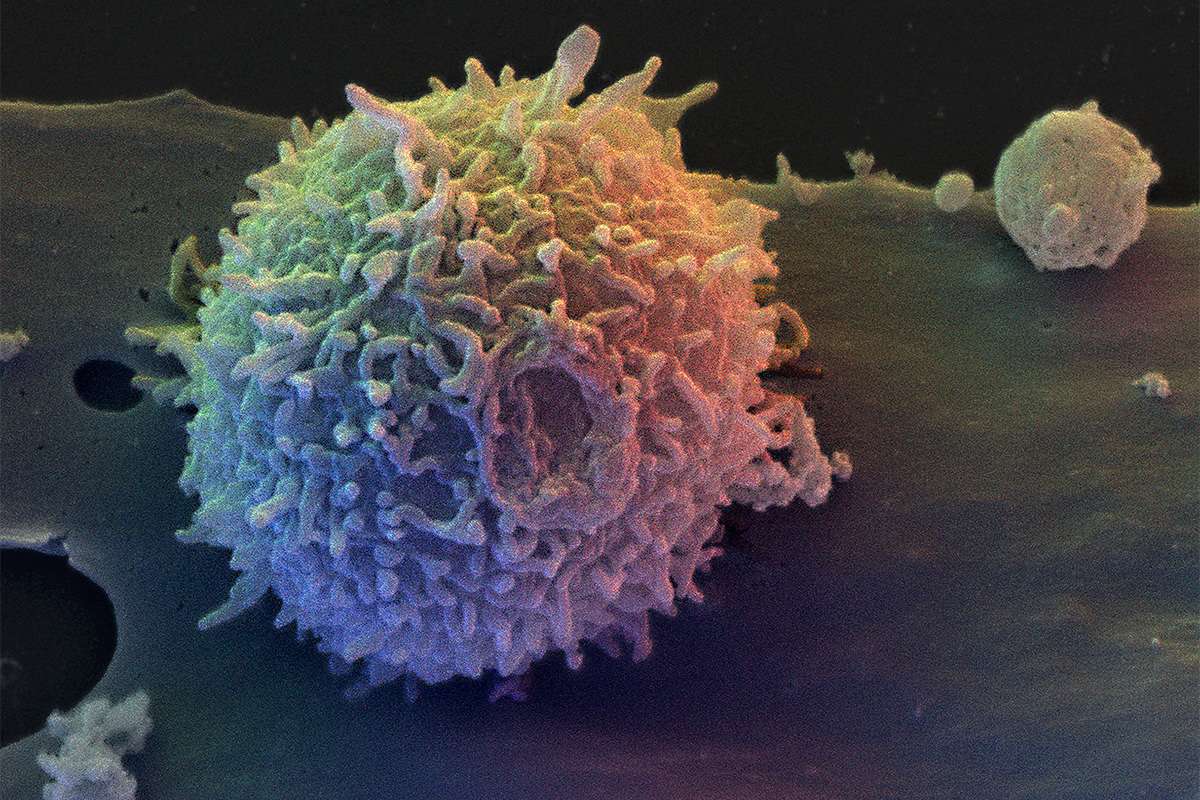 A new study led by researchers at NYU School of Medicine found that chemical changes to key spots on messenger RNA (mRNA) – the genetic material that passes on DNA instructions—control the production of a protein called interferon beta, which causes inflammation and activates immune cells to destroy viral particles.

Published online in Genes and Development on Nov. 27, the study shows how a pair of enzymes control production of interferon beta by determining whether or not a methyl group (one carbon and three hydrogens) is attached to an adenosine, one of the chemical "letters" in the mRNA code that guides the protein building process.

Methylation at a specific position on adenosine called N-6 by an enzyme called m6A methyltransferase is counter-balanced by the enzyme ALKBH5, which erases this methylation "mark." The researchers found that this writer/eraser pair, in partnership with other proteins, influenced how much interferon-beta mRNA was produced in response to infection with human cytomegalovirus (HCMV), a common infection that begins by injecting its DNA into human cells.

Importantly, say the authors, the proteins that edit RNA methylation marks were also found to control how much interferon beta was produced by human cells not infected by HMCV when they sensed that human DNA had escaped from the cell nucleus or mitochondria where it belongs. This can happen when DNA is damaged by chemicals or radiation, or with changes to the structure of the nucleus or mitochondria as cells age.

As misplaced DNA is a known trigger of inflammation in autoimmune and inflammatory diseases, not to mention the aging process, the study mechanisms may represent a newfound treatment approach.

"Our study found that the cellular machinery that controls adenosine methylation on position N-6 plays a fundamental role shaping the immune response of human cells," says senior study author Ian Mohr, Ph.D., a professor in the Department of Microbiology at NYU Langone Health.

"Many diseases, such as lupus, are associated with excess interferon production related to the sensing of misplaced DNA, and our new findings suggest that interfering with enzymes that chemically modify mRNA may represent new ways to treat these conditions," says Mohr.

Experiments also showed that cellular writers and erasers of the methylation marks control the stability of interferon beta mRNA by interacting with other carefully regulated mechanisms that influence how much mRNA is built (biogenesis) and how quickly it is broken down (mRNA decay).