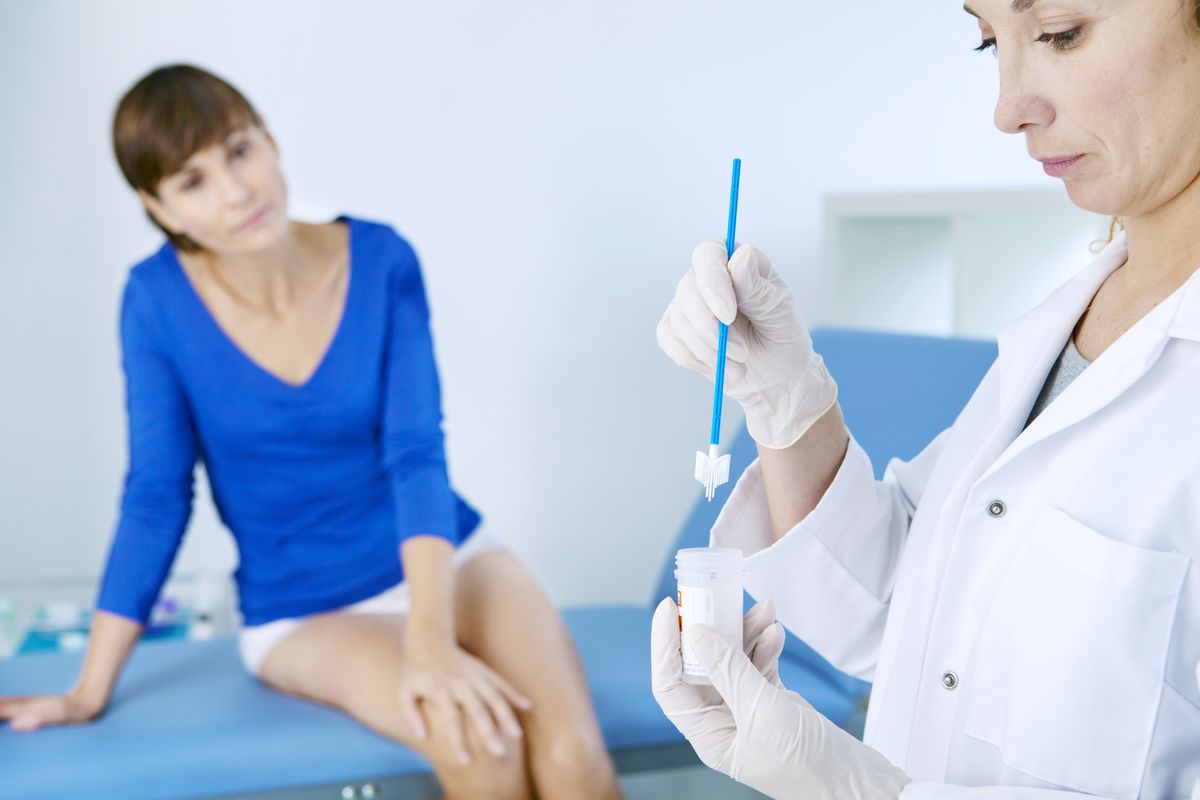 A unique partnership between a Virginia Tech scientist and a University of Virginia oncologist could result in a solution to reduce discomfort during cancer treatment for women. Tim Long, a professor of chemistry with the Virginia Tech College of Science, and Tim Showalter, a radiation oncologist at UVA's Cancer Center, are testing a gel that could be used during radiation treatment for cervical cancer

At his Charlottesville clinic, Showalter performs brachytherapy. It involves inserting radioactive material directly into cancerous tissue. For patients who have cervical cancer, the radiation is inserted directly into the cervix.

But this outpatient procedure, which Showalter performs at least five times for each patient, often is so painful and uncomfortable that some women have to have anesthesia. "If we can do something to reduce the amount of discomfort during the procedure, it's a really big deal," Showalter said.

His hunt for a solution began four years ago. He initially sought out chemical engineers at UVA, but he kept hearing about Long, who is well-known for his work in polymer chemistry at Virginia Tech. Long directs the university's Macromolecules Innovation Institute and oversees a diverse research group that has received more than $50 million in research funding during the past 18 years. He has more than 50 patents in macromolecular science and engineering, and in 2015, he was one of three people named Virginia Scientist of the Year.

He approached Long with his idea, and the two became a team. They discussed the work via video conferences and visited each other's labs and clinics. Long had never before designed a product for use in a human body, but he said it is one of his ultimate goals. Similarly, Showalter has never created a medical product. "We complemented each other," said Long.

Long and Showalter initially received funding for the project through a 4-VA grant, which is a program that sponsors certain partnerships, such as research advancements, with six state institutions, including Virginia Tech and UVA. Long and Showalter also have received funding from other sources in the past few years, including the National Institutes of Health. Initially, Showalter suggested creating a spray foam substance, but it was Long's idea to go with a hydrogel.

In his Virginia Tech lab, Long, along with a postdoctoral scholar, Nicholas Moon, used click chemistry, which is a fast reaction, to create what he coined a "smart" gel that moves and forms fast in parts of the body. The gel's primary ingredients are baking soda and a digestive aid, similar to an over-the-counter drug for constipation.

"The reaction happens in the body," Long said. "Within two minutes, the gel fills the space." The gel isolates the tumor and becomes soft by adding water. The idea is for a physician to insert this gel into a patient before radiation treatment, rather than packing the vaginal area with gauze, which is the current standard method that can be painful, said Showalter.

Showalter created a Charlottesville-based company, Brachyfoam, to develop the gel product. There is an agreement for the product to develop the patent through both UVA and Virginia Tech.

So far, Showalter has tested the gel's performance in human cadavers, and it performed well, he said. The next step is to complete more preclinical testing and then to test the gel in humans as part of clinical trials. Showalter and Long are seeking funding for this next phase.

Ultimately, Showalter said he'd like the product to be ready for the commercial market by 2021. "I think we are onto something good," said Long, who will be a consultant during the clinical trials.

This may not be the end of the scientist and oncologist's work together, though right now they are focused on developing the gel and getting it into clinics to help women. Their partnership clearly shows the power of two universities working together for the good of the public.

"We have gotten close and enjoy learning from each others' different perspectives," Showalter said. "It is important for the Commonwealth when there are synergies available across institutions."