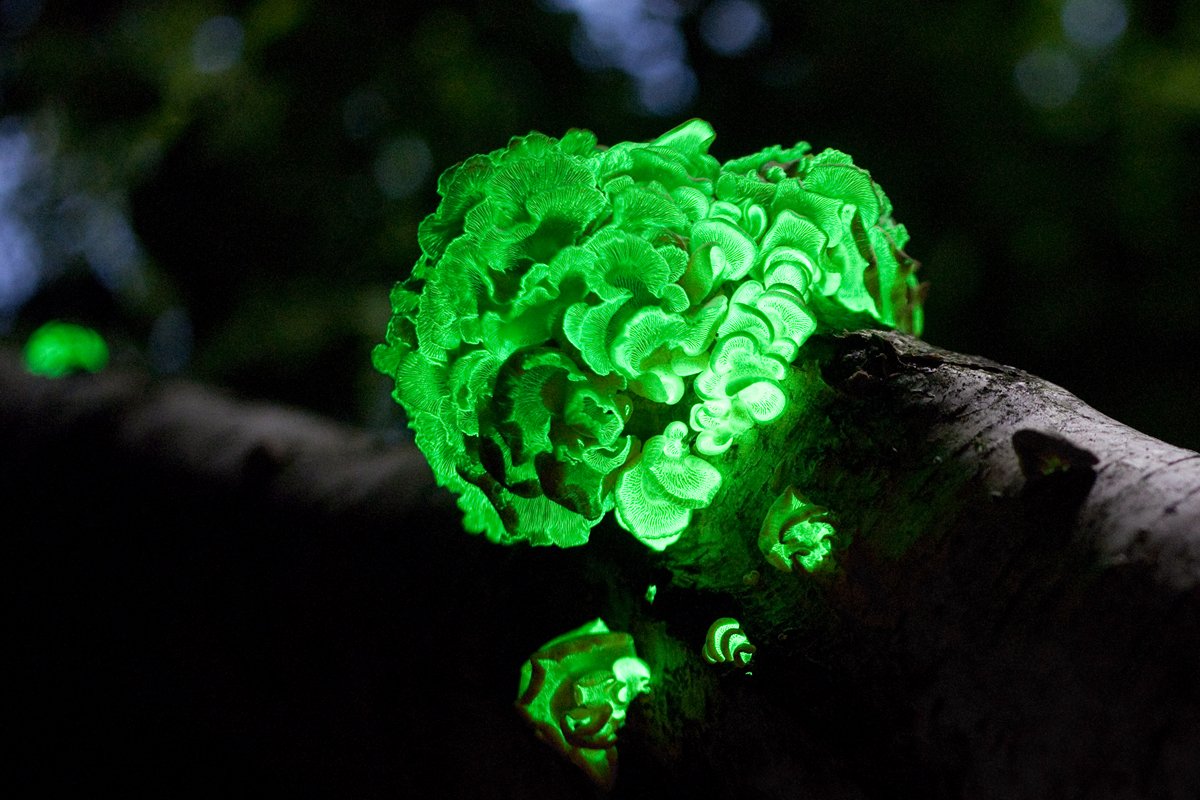 The scientist found that fungi utilize only four key enzymes to produce light and that transfer of these enzymes into other organisms makes them Bioluminescent. Some living organisms can glow due to special chemical reactions taking place in their bodies. Such organisms are called bioluminescent they include fireflies jellyfish and worms among others.

They use this ability to attract prey, scare away predators, communicate or disguise themselves. Scientists have identified thousands of species of various luminescent organisms that use a total of about forty different chemical mechanisms to emit light.

Most of these mechanisms have only been partially studied or not studied at all. Decoding of the mechanism of fungal luminescence was made possible by years of preceding research in the field. Back in the early 19th century, it was discovered that it was mycelium that made rotten trees glow.

In 2009, Anderson G. Oliveira and Cassius V. Stevani, co-authors determined that a single biochemical mechanism is shared by all fungi emitting light. In 2015-2017, a team of Russian scientists made a series of key discoveries. In particular, the team determined the structure of luciferin, the molecule that emits light when oxidized.

While conducting their new study, the scientists discovered a set of enzymes that produce this molecule, as well as the luciferase -a light-emitting enzyme.If you understand how a bioluminescent system works, you can put the necessary components in a test tube and see luminescence. An important stage in our work was to identify the principal enzymes of fungal luminescence.

Those that catalyse biosynthesis of Lucifer in and the luciferase. We succeeded using a combination of analytical methods which allowed us to disassemble the entire system into its components," says Konstantin Purtov, research fellow at the Institute of Biophysics in Krasnoyarsk and one of the researchers on the project.

This research is an excellent example of the effectiveness of joint work done by scientists with expertise in various disciplines, coming from different countries, academic institutions and commercial companies," said Ilia Yampolsky,

"We have succeeded in understanding the genetics of fungal bioluminescence, tracing the mechanism of its evolution and creating an entirely new molecular instrument for biotechnology.