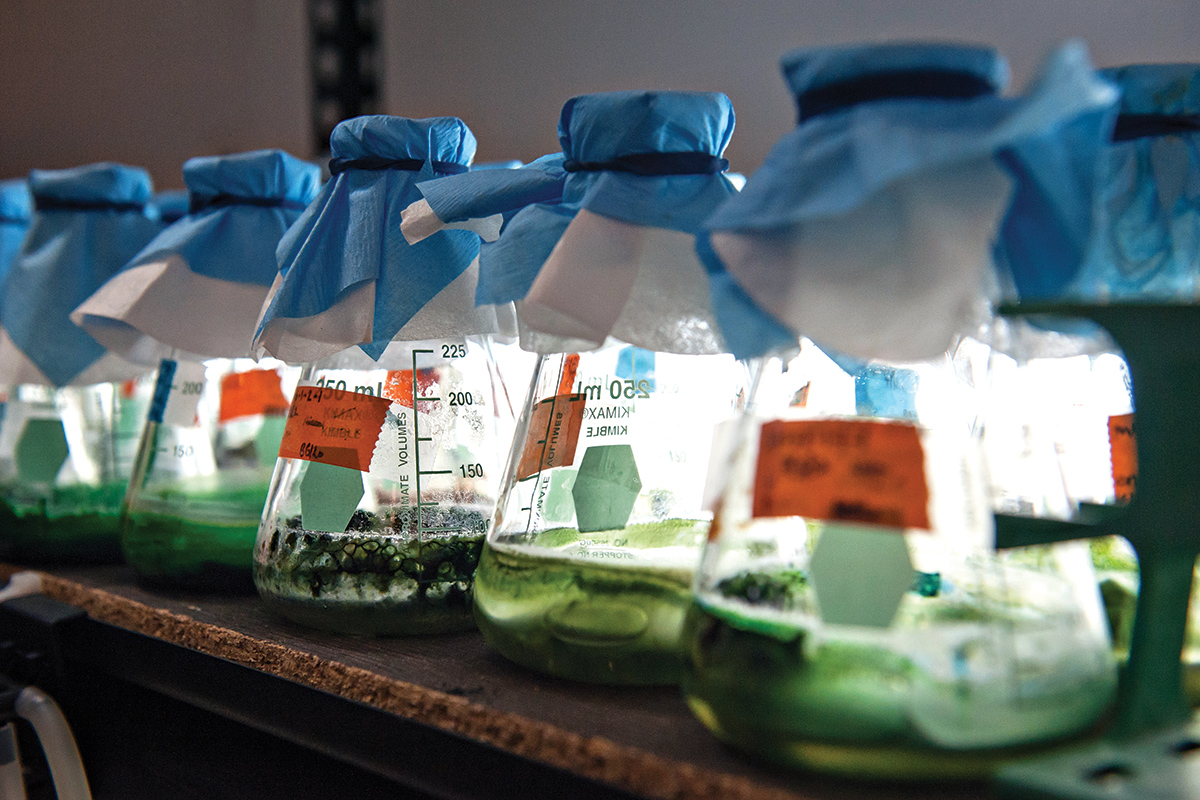 This contribution to Geology by Fernando Tornos and colleagues tries to solve the long-standing debate on the control of microbes on secondary sulfide formation. They predict that future multidisciplinary studies will prove that microbes have a key control of the precipitation of metals in these shallow environments.

The formation of secondary copper deposits is interpreted as abiogenic

The formation of secondary copper deposits, the source of more than half of the world’s production, is usually interpreted as abiogenic. In this study of the Las Cruces deposit (southwestern Spain), in situ hybridization and scanning electron microscopy analysis together with integrated genomic and bioinformatic studies on cultures provide compelling evidence that a microbial community controls the current formation of the secondary copper mineralization.

The cementation zone of this deposit contains abundant microbial life dominated by sulfate-reducing bacteria that coexist with methanogens and with other prokaryotes having unknown roles. Fractures in the primary massive sulfides are coated by extracellular polymeric substances in which the microbial cells are embedded.

Covellite crystals have nucleated within these microbial aggregates, accreting and forming large crystals attached to the vein walls. These results strongly suggest that in situ microbial sulfate reduction can control the formation of secondary copper deposits. Equivalent processes could be widespread in similar deposits elsewhere, but they are probably overlooked due to the presumed low capability for fossilization of the microbes.

Their case study is based on the unusual Las Cruces deposit in southwest Iberia, where a significant part of the high-grade copper ore occurs as thick, massive veins of copper sulfides.  Tornos and colleagues have direct evidence that the mineralization is currently being formed there in a relationship with active aquifers and in an area isolated from the surface by a thick layer of marl.

Copper sulfides are in a relationship with sulfate-reducing microbes

Thus, the place is ideal for tracking for anaerobic microbes. With the help of the mining company, First Quantum, the team was able to extract pristine samples that had never been in contact with the atmosphere. Different microbiological techniques and detailed electron microscope studies have shown that copper sulfides are precipitating today in a relationship with colonies of sulfate-reducing microbes.

The nanometer-sized crystals of covellite are embedded in the polymeric compounds that encapsulate bacteria. These crystals coalesce, later forming the big veins. However, much more work is needed in order to know to which extent these processes are global and if microbes control most of the formation of the secondary copper deposits.