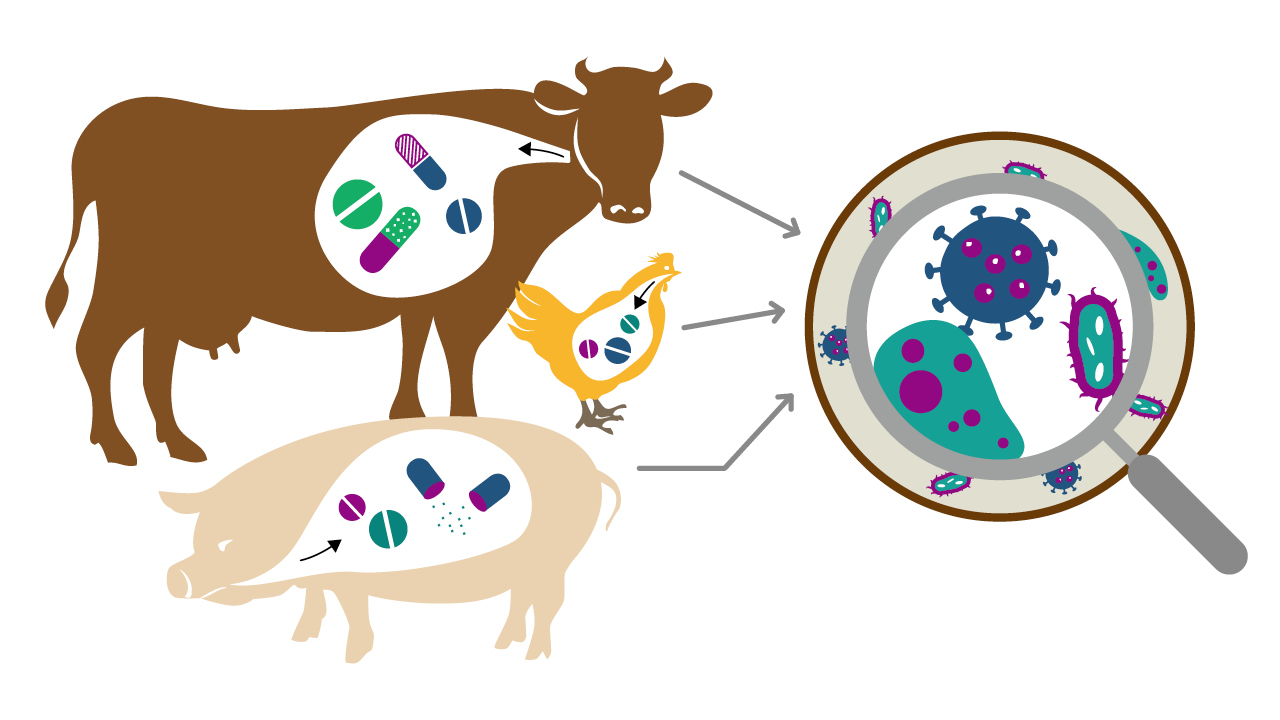 Antibiotic-resistant infections; With antimicrobial resistance on the rise, many infections once easily treated are becoming fatal. Vancomycin-resistant enterococci (VRE) is to blame for more than 5% of all deaths attributed to antibiotic-resistant infection in the U.S., second only to MRSA. Researchers are now exploring whether they could repurpose some drugs; but which have already approving the FDA, to treat the infection.

Enterococci are bacteria that live in everyone’s intestines and genital tracts. They are usually harmless; but sometimes they can cause infection; in which case they are treat with an antibiotic vancomycin. However, enterococci are becoming resistant to the drug at an alarming rate. This is especially true in hospitals, where VRE is most often acquired. But about 20,000 people in the U.S.; but are infected with VRE each year, and slightly less than 10% of those infections are fatal.

“When vancomycin doesn’t work, you have to give the patient another antibiotic; that kills other bacteria you don’t want to kill,” said Mohamed Seleem; a professor of microbiology in Purdue University’s College of Veterinary Medicine. “So having a drug that would selectively remove the VRE; and nothing else would be a great discovery. And it looks like we’ve found several drugs that could work.”

In collaboration with Daniel Flaherty, an assistant professor of medicinal chemistry; and molecular pharmacology at Purdue, Seleem will screen several drugs often used to treat glaucoma; called carbonic anhydrase inhibitors (CAIs), to see how well they can treat VRE. In previous studies in vitro, CAIs were showing more effective at killing VRE; than the drugs typically used to treat it. They were also able to sidestep surrounding microorganisms, which is extremely rare; said Seleem, who researches antimicrobial resistance and infectious disease.

“In the field of microbiology, I have not seen a drug or molecule that specifically kills one kind of microorganism; and doesn’t kill anything else,” he said. With funding provided by the National Institutes of Health; Seleem will test six pre-approved drugs against VRE. The bacteria can spread to several different systems within the body and cause other infections; such as urinary tract and blood infections. To make sure the drugs work in all of these cases, several different models will be used in the study.

In previous studies, it took 10 to 15 days for the drugs to kill VRE. The researchers are going to try to speed up that process by making the drugs more potent; and finding a way to keep them inside the intestine. Once CAIs reach the intestine, they are easily absorbed into the rest of the body. But for them to be effective in killing VRE, they need to stay inside the intestine, where they have prolonged exposure to the bacteria.

Flaherty will create several slightly different versions of the six original drugs and the best of them will move forward to animal studies. The final product could be a drug given on its own or something to work with current VRE drugs to make them more effective. In prior studies, CAIs made enterococci more sensitive to other drugs, increasing their efficiency.