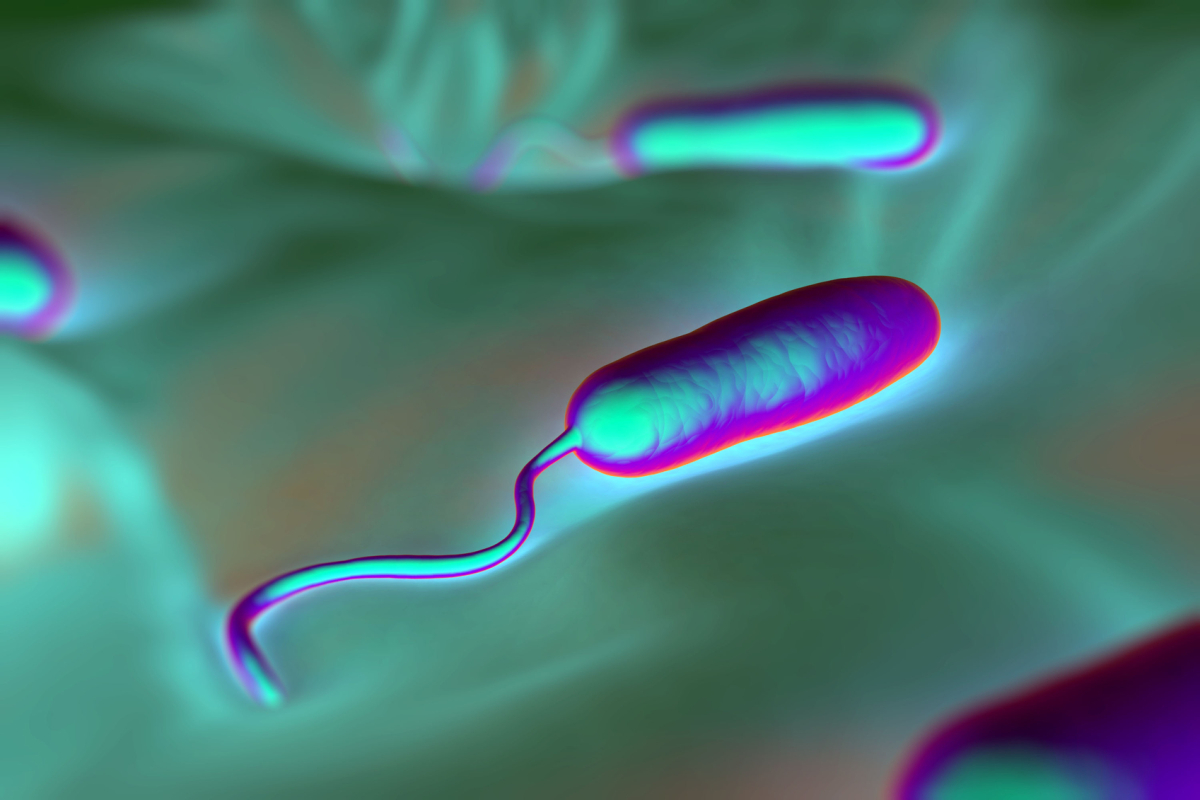 The cholera bacterium can navigate to its preferred environment. It scans the environment constantly and detects changes in the presence of nutrients, after which it moves in the direction of these food sources, using a system of rotating tails, known as flagella. "The bacterium is able to detect nutrients using a highly developed sensory organ made up of thousands of chemo-receptor molecules," Briegel explains.

"These molecules are located close together in a hexagonal array." This arrangement, which probably occurs in all bacteria, has been studied for several decades in the E.coli model organism. Using the cryo-electron microscope at NeCEN, we saw that the arrangement of the molecules is more variable in cholera bacteria than in E.coli."

The sensory organ probably also changes structure when the bacteria enter a human cell, or when they infects a person. According to the researchers, this is also the reason why it is so easy for the bacteria to infect its victims. This characteristic explains how the bacteria are able to make so many people throughout the world sick. For some people, especially children, the resulting dehydration can be fatal.

This discovery brings the development of new medicines to combat cholera a step closer, Briegel explains. "There are already medicines, such as antibiotics, but they have a lot of disadvantages. Antibiotics destroy healthy as well as unhealthy bacteria and there is also the problem of immunity."