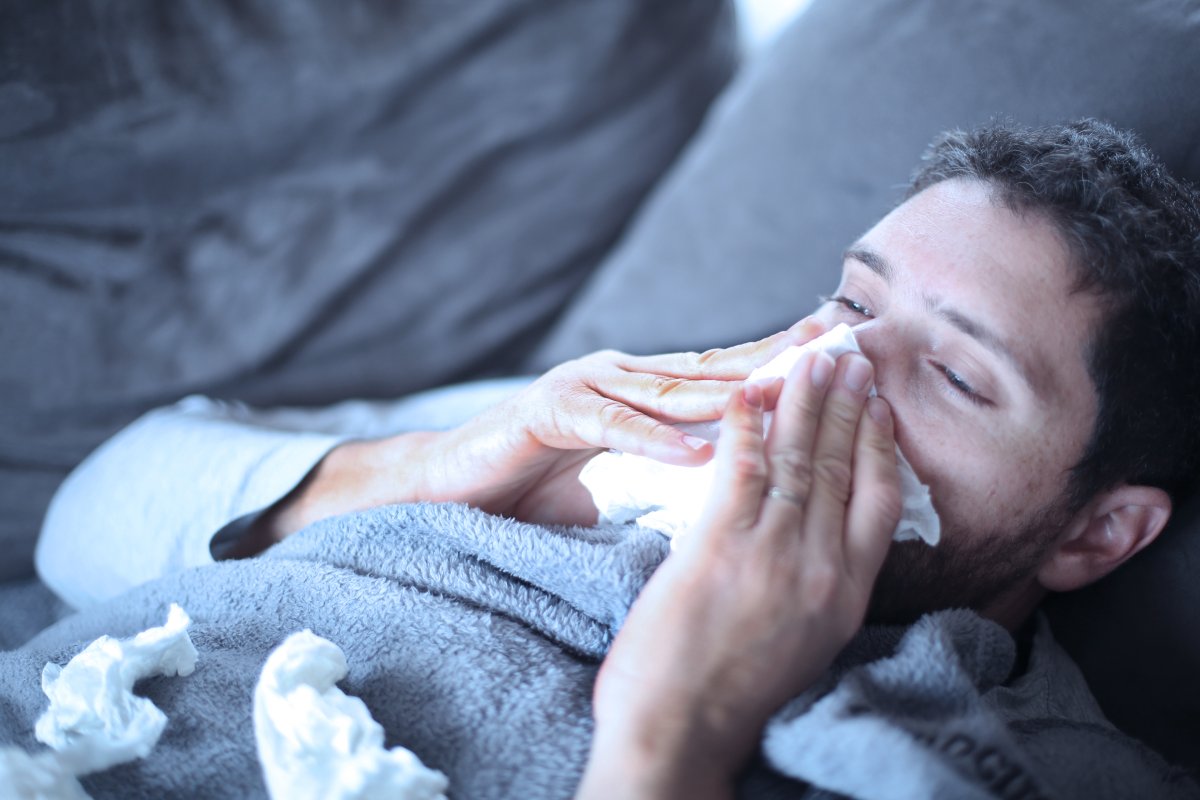 "This was really shocking"

Viral genetic material from the Ngogo chimps revealed infection by metapneumovirus, which is known to cause deadly disease in chimps across Africa. Surprisingly, the Kanyawara chimps contained the genetic material of a different virus, parainfluenza virus 3. "This was really shocking ," says Goldberg. "At the time, we were convinced that the same virus must have been causing both outbreaks, especially considering that the outbreaks were happening at exactly the same time."

Parainfluenza virus 3 is a common cause of croup in preschool children. In people, metapneumovirus (MPV) is a common cause of "wheezing illnesses" in infants, explains James Gern, a co-author of the new study and a professor of allergy and immunology in the UW School of Medicine and Public Health. "Mortality rates for MPV are very low in humans, so the chimps clearly had more severe illnesses than what is observed in humans," says Gern, an authority on human respiratory viruses.

"Common human viruses cause 'the sniffles' in kids"

"The parainfluenza virus 3 illnesses in chimps, while not associated with mortality, were on average more severe than what would generally be observed in humans. It is also remarkable that the majority of the chimp population was affected, suggesting that there was no preexisting immunity and that this virus was newly introduced, perhaps from a human source.""These are very common human viruses that circulate worldwide and cause 'the sniffles' in kids," Goldberg affirms. "In people, they are no big deal unless the patient has asthma or another underlying condition."

"The viruses responsible this time aren't even remotely related to rhinoviruses," Goldberg notes. "So, it seems like a plethora of common and mostly benign respiratory viruses of people can be transmitted to chimps in this part of the world, causing disease and sometimes death."Outbreaks such as these are common in wild African apes and metapneumovirus has been a common culprit. Although people are the sources of these viruses, it is not clear how they are getting into chimps.

"It could happen in any number of ways," says Goldberg. "Local villagers, scientists, tourists, and many other people visit forests where apes lives, it's one person unwittingly carrying a 'common cold' virus to spark a deadly outbreak in apes." Governments and conservation groups across Africa are working to avoid similar outbreaks. Current regulations include quarantine periods for people entering the forest, the use of facemasks and hand sanitizers, and strict policies about distances that tourists must keep from apes. "The more we can learn about these outbreaks," says Goldberg, "the better prepared we will be to prevent them and protect the health of apes."