Examining Ball Pits: As A Playground For Pathogenic Germs 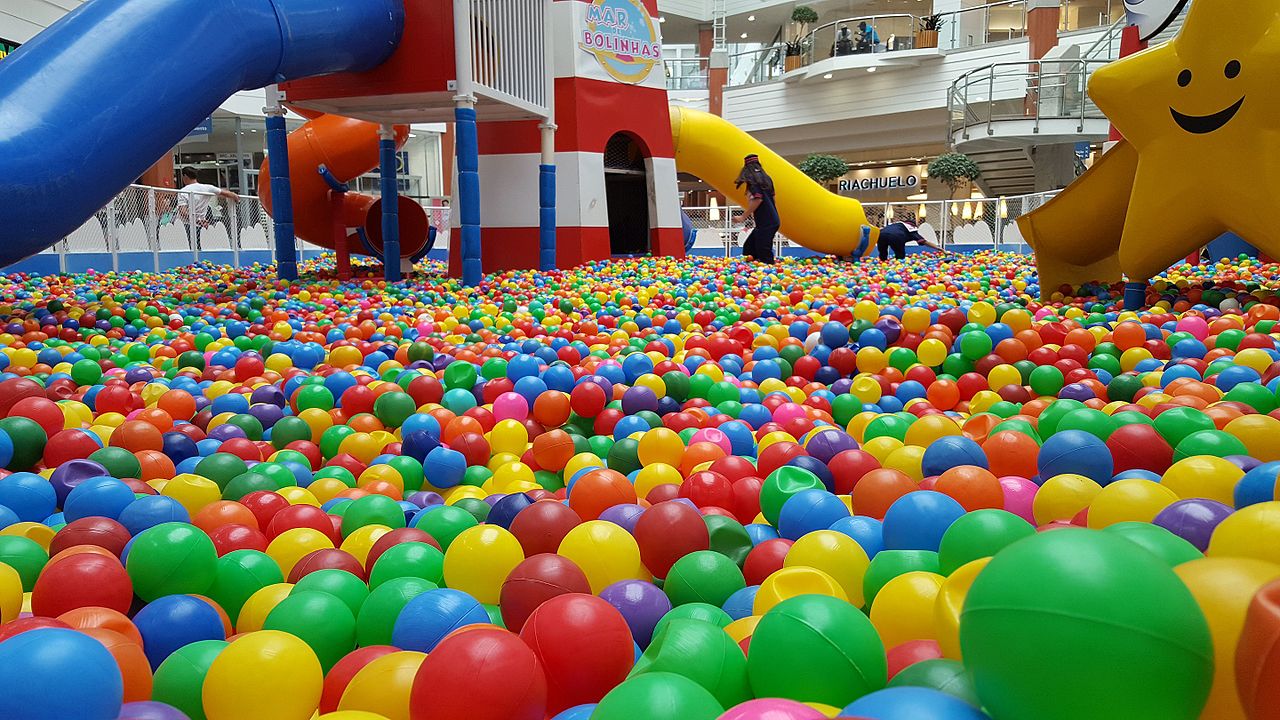 Beware the ball pit. Ball pits used in children’s physical therapy—similar to those made popular by restaurants catering to families—may contribute to germ transmission between patients, according to new research published in the American Journal of Infection Control (AJIC), the journal of the Association for Professionals in Infection Control and Epidemiology.
The popularity of ball pits has increased since mainstream commercial restaurants installed them nationwide for children in the 1980s, and they are often found to be contaminated with visible dirt, vomit, feces, or urine, providing a permissive environment for contamination. Similar ball pits are commonly used in pediatric physical therapy to provide stimulation to children with sensory or motor impairments.

So, according to the study, clinics may go days or even weeks between cleanings, allowing time for microorganisms to accumulate and grow to levels capable of giving children infections and making them sick. However, investigators from the University of North Georgia examined six ball pits located in inpatient physical therapy clinics or outpatient clinics in the state of Georgia. Meanwhile, 9 to 15 balls were; randomly selected from different depths of each sampled ball pit.

So, the study found considerable microbial colonization; in ball pits that were; tested, including eight bacteria and one yeast that could cause disease. Bacterial colonization was; found to be as high as thousands of cells per ball, clearly demonstrating an increased potential for transmission of these organisms to patients and an increased possibility of infection.

The risk of transmission

“We found considerable variation in the number of microorganisms; between the different ball pit samples;” said the study’s lead researcher Mary Ellen Oesterle; EdD, PT, Department of Physical Therapy, University of North Georgia; Dahlonega, GA, USA. “This suggests that clinics utilize different protocols for cleaning and maintenance; potentially representing a broader need to clarify and establish standards; that reduce the risk of transmission.”
Overall, researchers identified 31 bacterial species and one species of yeast. So, the human-associated bacteria found in the ball pits included: Enterococcus faecalis; which can cause endocarditis, septicemia, urinary tract infection, and meningitis; Staphylococcus hominis; a cause of bloodstream infections and reported as a cause of sepsis in a neonatal intensive care unit.

However, Streptococcus oralis, known to cause endocarditis, adult respiratory distress syndrome, and streptococcal shock; Acinetobacter lwofii, which; reported to cause septicemia, pneumonia, meningitis, and urinary tract and skin infections. “This research shows that ball pits may pose an infection hazard,” said 2019 APIC President Karen Hoffmann in conclusion. “Facilities should establish a program for regular cleaning to protect patients and healthcare workers from potential infection risks.”