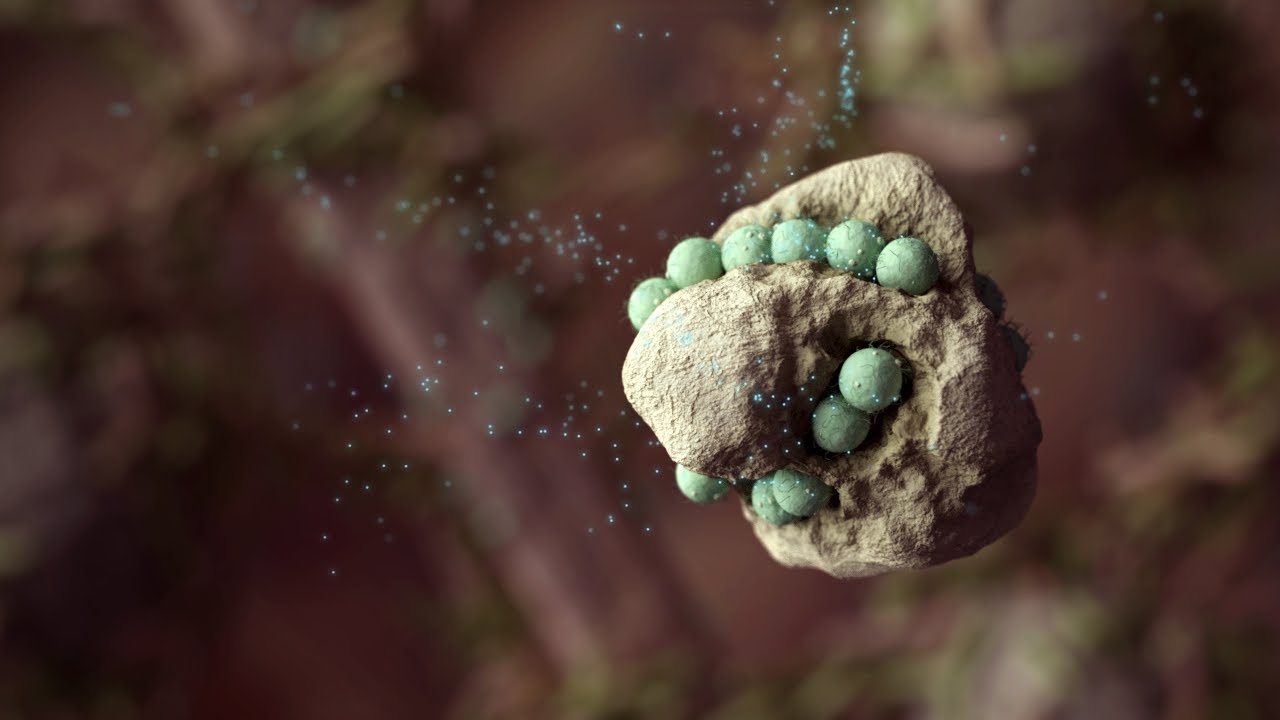 Infections with a Human Papillomavirus (HPV) cause 99 percent of cervical cancer cases, and the disease’s first sign is often the appearance of precancerous lesions on a woman’s cervix. But bacteria may play an important role, too. New research suggests that the cervical microbiome may influence HPV infection more than researchers previously thought. In a study published in mBio, researchers used deep sequencing to identify bacterial families associated with the high-grade lesions that are more likely to become cancerous.

The researchers found a richer and more diverse microbial mix within high-grade lesions than in low-grade lesions or healthy cervices. The most abundant taxa associated with the highest-grade lesions included Mycoplasmatales, Pseudomonadales, and Staphylococcus. The data suggest that Mycoplasma bacteria, in particular, may help promote the growth of HPV-related lesions, says virologist and study leader Peter C. Angeletti at the University of Nebraska-Lincoln.

The new study found a clear correlation between the bacteria and lesions, says Angeletti, but it’s not clear which one is driving the connection. “The data really speaks to the idea that these bacteria are present at the lesions,” he says. “But what is the relationship, and are they there in advance of the HPV?” Understanding that relationship has clinical implications for cervical cancer, the second-most common cause of cancer death among women worldwide.

“It starts us down a road that speaks to treatment,” says Angeletti. If researchers do determine that bacteria facilitate the growth of the lesions; for example, then pretreatment with certain antibiotics may prevent cancer from developing. Angeletti and his colleagues sequenced 16s RNA genes in samples taken directly from cervical lesions of 144 women in Tanzania, which has one of the highest cervical cancer mortality rates worldwide.

The microbiome could play a role in promoting cancer

The researchers first compared bacteria in samples from HIV negative women to samples from women who were HIV positive. Previous studies have suggested that HIV infection places a person at higher risk of HPV infection. The analysis showed a larger variety of distinct taxa in samples from HIV positive women than in samples from women who were HIV negative. Additionally, In the subset of women who were HIV positive and had cervical lesions, the researchers found that higher-grade lesions hosted more diverse populations of bacteria.
Of the bacteria identified, those belonging to the Mycoplasmatales family had the clearest correlation to the severity of lesions. On average, those bacteria were more abundant in the presence of higher-grade lesions, and less abundant for lower-grade lesions. The researchers found the same relative relationships in both HIV positive and HIV negative women. Angeletti says his next challenge is to hammer out the mechanistic relationship between the bacterial fauna and HPV.