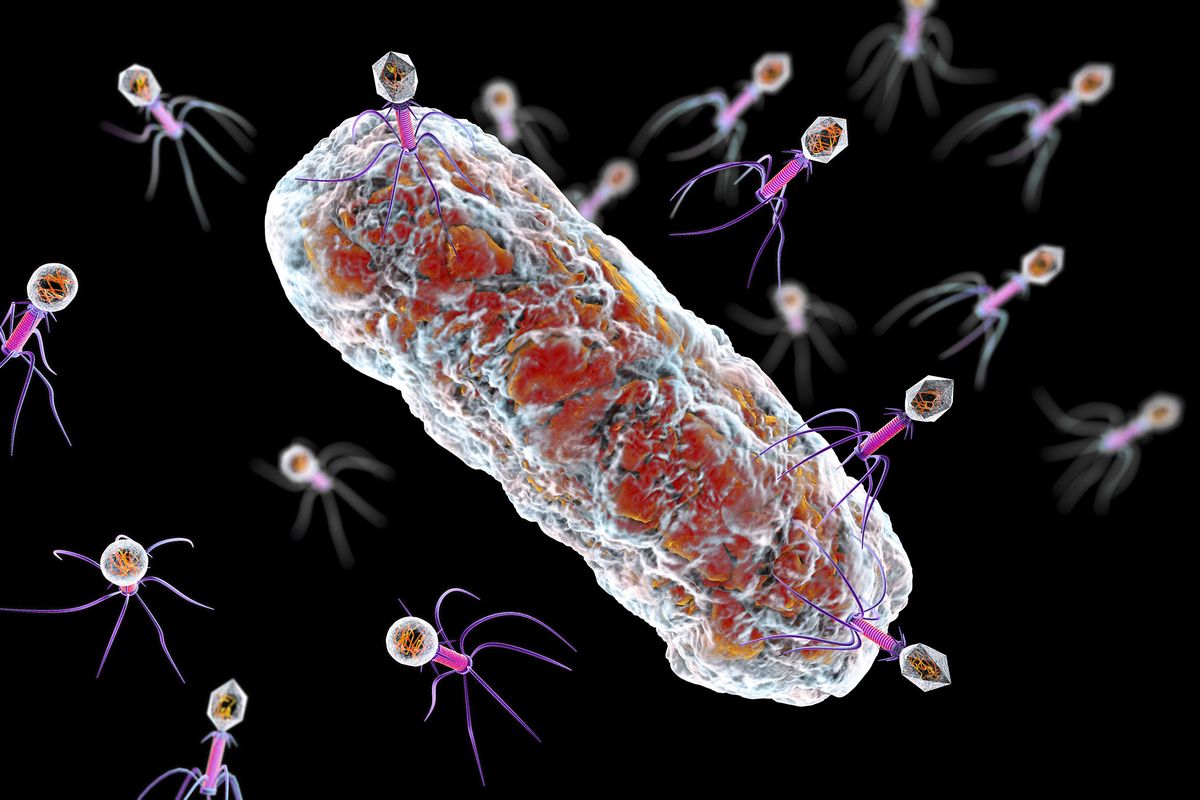 Just like humans get infected by bacteria, the bacteria get infected by viruses. Whitaker and her graduate students had the idea to use  P. aeruginosa  as a kind of "model system" for understanding how bacteria's interactions with viruses may affect human health.

"There are lots of efforts to prevent children (with cystic fibrosis ) from getting that infection, but that initial infection almost always happens," Whitaker said. "The strain that you get is the strain that you pretty much have for the rest of your life."

The specific strain that a patient is infected with affects their treatment. Some strains are resistant to antibiotics, while others contain genes that make the infection worse . "One of the big differences between those strains is whether they, the bacteria, are infected by viruses," Whitaker said.

"That's kind of a surprise because you would think that maybe there'd be one virus or something that would be the focus of immunity," Whitaker said. "But really there's a diverse immune profile to a diversity of viruses."

For now, the research is at more of a predictive stage until scientists figure out where these viruses come from. "Until we know that, it would be hard to design a strategy to stop transmission," Whitaker said. However, scientists don't always want to protect P. aeruginosa from potential viruses. In this case, viruses are helping cystic fibrosis patients by killing off deadly bacteria.

Cystic fibrosis patients will often use phage therapy, which uses viruses to kill bacteria, to target P. aeruginosa, which has some strains that are resistant to antibiotics. Knowing the immune profiles of the bacteria's population may help improve this kind of therapy. "The next step is to try to figure out where the viruses are coming from and how they spread, and whether we might be able to use them in phage therapy," Whitaker said.

This research lays a foundation for other researchers who study bacterial infections, whether they're looking to stop antibiotic resistance or prevent epidemics. "It's using the basic evolutionary principles of immunity to understand the infectious disease," Whitaker said.

"We do not really want to prevent epidemics in this case – we want to promote epidemics of the viruses that kill the bacteria," Whitaker said. "I think that this is a big step in that direction."