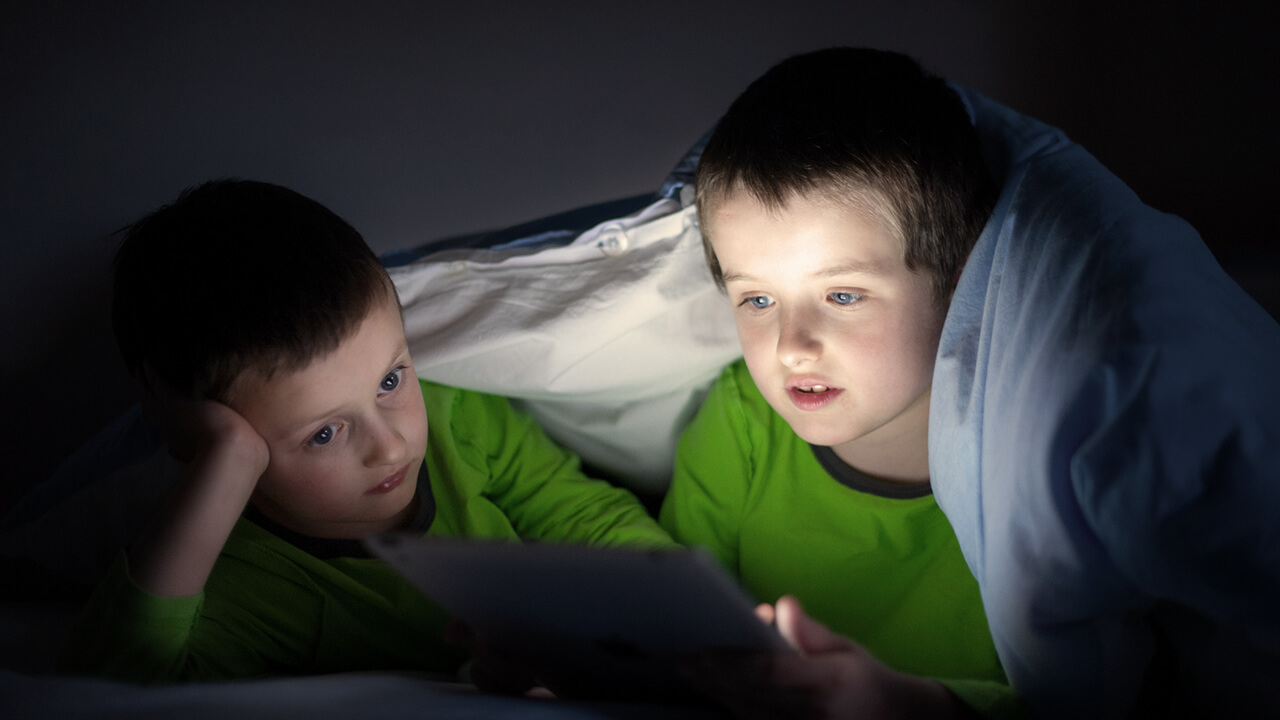 This is not the first time that screen time among children been causing for concern among parents as well as doctors and health officials. Research and surveys have revealed that 98% of the children are living in homes that have one or more internet-connected device and are spending a substantial amount of time online or in front of screens of mobile phones, tablets or laptops.
The team of researchers led by Dr. Sheri Madigan from the University of Calgary that exposure to higher screen times at ages of two and three can be predictive of poorer cognitive developmental status when the child is three and five years respectively. The study included around 2,400 mothers from Calgary, Alberta.

The mothers were asked to report on the amount of screen time they allowed their children and it showed that on an average the children were in front of screens for 2.4, 3.6 and 1.6 hours per day at two, three and five years of age, respectively. The children averaged 17.09 hours, 24.99 hours, 10.85 hours per week at two; three and five years of age, respectively. These numbers are far more than the recommended screen times.
Both organizations do not allow more than an hour of screen time for children between ages two and five. As a next step, the children are assessed for developmental targets in motor skills, social skills, problem-solving skills; and communication skills. This assessment was reported by the participating mothers. For motor skills; the child was asked to bead a string or stand on one foot and for communication skills; the child was asked to identify and point towards a body part indicated.

Statistical analysis used to predict and find an association between more screen time and the test results on the developmental skills. Results were as hypothesized; higher screen time predicted poorer outcomes in terms of developmental milestones and skills achieved. The study authors admit that they looked only at the screen time; not at the specific apps, websites, and games that the children are using on their screens.
They have not assessed if video games or streaming media are specifically related to developmental delays. This means that the impact of passive and active digital media interaction could be further delineated, they explain. In addition, the researchers said that they are also looking at the specific impacts of the children watching the screens on their own or with their caregivers. The team explains that there are possibly two ways in which the screen time could affect the children.

One is the direct effects. This could due to the impact of the bright lights or reinforcements and rewards in the games. This could be affecting development; they explain. The indirect effects of screens are the missed opportunities such as play time; physical activity time and social time with friends and family. Both effects are equally detrimental for the children to say the researchers.

The team plans to follow up children who have excess screen time over the years to see the effects and impact of this lifestyle trend. Meanwhile, they suggest that families need to be conscious about the time their children are spending with digital media and warn the excessive use may become problematic. Moderation is the key and screen time spent with others rather than alone, they explain.

Canadian psychologists In conclusion, “The present study examined developmental outcomes during a critical period of growth and maturation; revealing that screen time can impinge on children’s ability to develop optimally.” They urge health professionals and families to develop “personalized media plans” to develop boundaries over screen time for children.