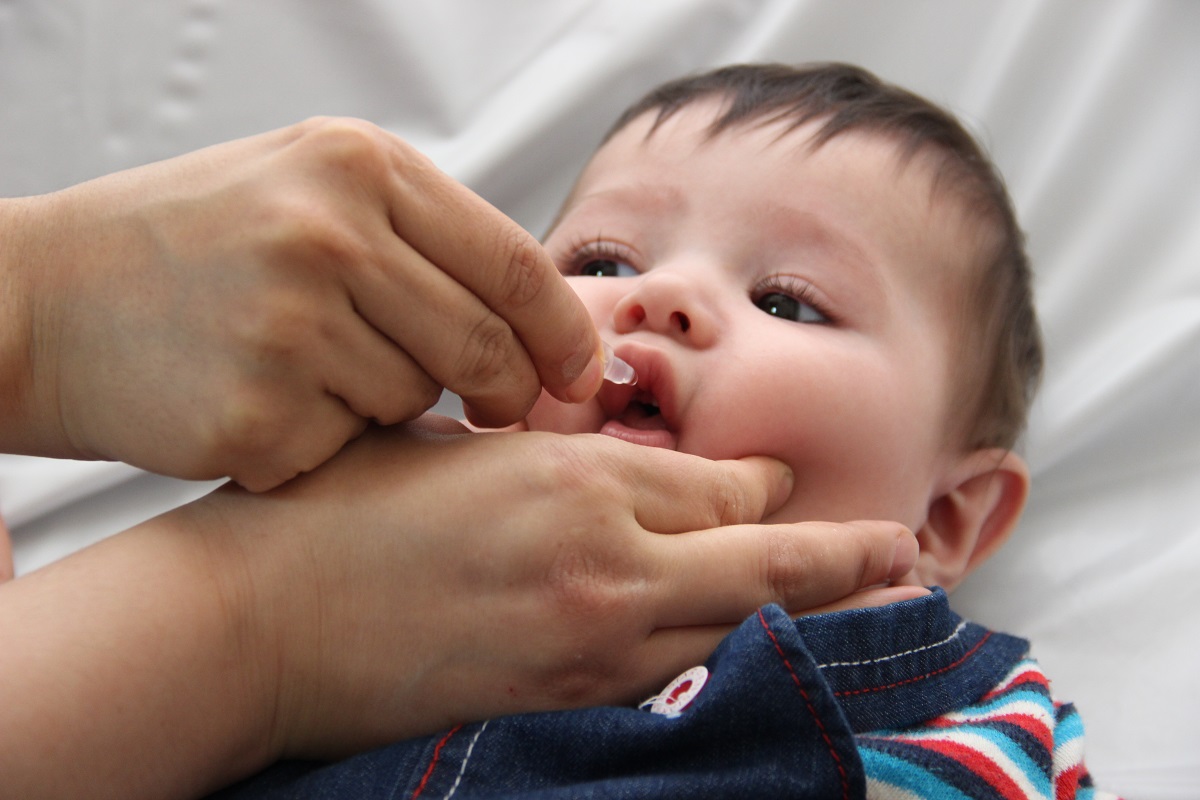 Researchers from the Murdoch Children's Research Institute (MCRI) have developed a rotavirus vaccine that provides earlier protection from dehydrating diarrhea for infants and young children.

Diarrhoea is one of the leading causes of child illness and death, and rotavirus is the most common cause of severe diarrhoea. Globally rotavirus causes approximately 215,000 deaths in children under five years.

In a world-first clinical trial conducted in Indonesia, the RV3-BB vaccine was administered to babies soon after birth. Current rotavirus vaccines can only be administered to children older than six weeks, which leaves newborn babies particularly vulnerable to rotavirus infection.

The oral vaccine was given in three single doses, the first within five days of birth. A small volume of liquid placed in the baby's mouth provided protection against severe rotavirus gastroenteritis.

The results, published in the New England Journal of Medicine, have found that after 3 doses of RV3-BB administered from birth, 94% of infants were protected in their first year of life and 75% of infants for up to 18 months of age against severe rotavirus gastroenteritis.

"In low resource settings, birth offers the best opportunity for contact between mother, baby and health services. RV3-BB provides an ideal vaccination opportunity. This disease doesn't discriminate – without vaccination, it infects children worldwide under the age of five – irrespective of what environment you live in," Professor Bines, study author said.

Rotavirus gastroenteritis is estimated to cause 10,000 child deaths, over 200,000 hospitalizations and almost 600,000 clinic presentations in children under 5 in Indonesia every year. The Indonesian based clinical trial was conducted in collaboration with the Universitas Gadjah Mada, in Yogyakarta; and the Indonesian vaccine manufacturer, PT Biofarma.

In an effort to make rotavirus vaccine more readily accessible to infants worldwide, MCRI seek to license RV3-BB to manufacturers able to produce vaccines at large scale and at an accessible price. MCRI has been working with the Indonesian vaccine manufacturer PT BioFarma under license to produce the RV3-BB vaccine.

The success of the RV3-BB vaccine represents a significant scientific and global health achievement. It is the culmination of more than four decades of work which started with Professor Ruth Bishop and the discovery of rotavirus, and critical work was done at MCRI to understand more about this important virus.

The RV3-BB vaccine is based on a strain that was isolated by Professor Bishop, Professor Graeme Barnes et al. in the nurseries of the Royal Women's Hospital, which did not cause symptoms in the babies who were infected and instead provided them with protection against severe gastroenteritis.

"In 1973, Professor Ruth Bishop led a team of researchers to make one of the most important Australian contributions to global child health," Professor Bines said. "Our aim is to build on this legacy by developing an effective rotavirus vaccine that prevents rotavirus disease from birth for the world's children."

Victoria's Lead Scientist, Dr. Amanda Caples said, "This study enhances the reputation of Victoria's infectious disease researchers in tackling global child health problems. It is a major milestone in the development of a safe and effective Rotavirus vaccine led by Melbourne's Royal Children's Hospital and MCRI."