If You Are Feeding With Formula, Here Are Tips To Improve Baby's Health 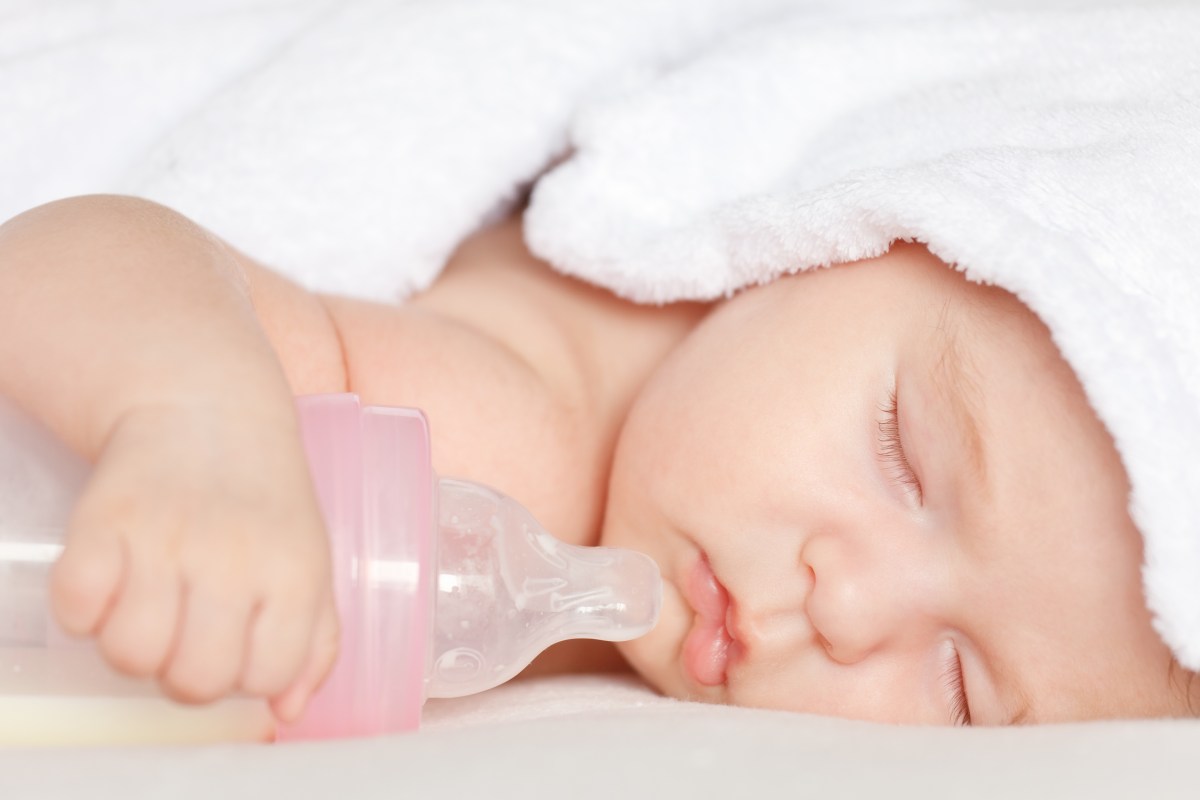 If a baby isn't breastfed or is partially breastfed, commercial infant formula should be the only other food given until around six months and should be continued alongside solid foods until 12 months. Some 80% of parents in Australia introduce formula within the first year of life.

Formula feeding, however, may increase the risk of being overweight or obese during childhood. The exact reason for this is unclear. To address this, we undertook a review of studies linking infant formula feeding practices with unhealthy weight gain. The evidence tells us there are a number of things parents using formula can do to promote optimal growth for their baby. These center around a choice of formula and feeding methods.

Choose a formula with the lowest amount of protein

There are many infant formulas on the market to choose from. But for healthy full-term babies, there is little evidence to say that one formula is better than another. The only recommendation we can provide is around protein levels.

A large randomized controlled trial in Europe found that a higher protein content of infant formula is associated with higher weight in the first two years of a child's life. Based on this research, the Australian Infant Feeding Guidelines recommend choosing a formula with a lower amount of protein.

Breastmilk contains about 1-1.1g of protein per 100ml. Infant formulas available in Australia have a protein content within the range of 1.3-2g per 100ml, so choosing a formula at the lower end of this range is preferable.

Infant formulas (known as step 1, stage 1 or from birth) typically have lower amounts of protein than follow-on formulas (step 2 or stage 2). So if you're using formula, it's best to stick with infant formula. This is the only type of formula babies need until they're 12 months old. No studies have shown any advantages in using follow-on formulas.

At 12 months (but not before) babies can have full cream cow's milk. Most healthy toddlers do not need formula or toddler milk from this point. It’s best to choose an infant formula with less protein.

All babies, whether breast or formula fed, should be fed "on demand". That is when they show signs of hunger (being awake and alert, mouth opening, sucking hand or fist) rather than by the clock. Crying can also be a late sign of hunger; but babies cry for many reasons, so this is not always a cue to feed.

Responding to signs of fullness (such as turning away and closing the mouth) is another important part of responsive feeding. For bottle-fed babies, it's important parents attend to these cues to avoid pressuring their baby to finish the bottle. This may override a baby's innate ability to self-regulate their intake and may even impact later eating behaviors.

To be attuned to these cues, it's important to hold your baby when feeding them. This may seem obvious, but parents can be tempted to let older babies feed themselves, or put them in their cot with a bottle to go to sleep. This is not recommended as it can be a choking hazard, lead to tooth decay, ear infections, unhealthy weight gain, and disturbed sleep.

Babies will vary in how often they want to feed in response to factors including hunger, thirst, and hot weather. This is normal. The information on the formula in about how much and how often to feed is a guide only. Parents shouldn't worry if their baby does not drink as much or as often as suggested – as long as they're producing plenty of wet nappies, and are growing and developing normally.

If parents do have concerns, they should discuss these with a GP or maternal and child health nurse. The Australian Infant Feeding Guidelines also have a helpful table of formula requirements by age and weight.

Phase out bottles by 12 months of age

Finally, it's best to phase out bottles by the time a child is a year old. Prolonged use of bottles into the toddler years is associated with a higher risk of later overweight and obesity, along with other problems including tooth decay, ear infections, iron deficiency, and speech difficulties.

It's recommended parents introduce a "sippy" or training cup at six months and aim to phase out bottles by 12 months of age. If you would like to learn more about feeding your baby across the first year of life, join Deakin University's free Infant Nutrition online course, starting again on November 19 and running until January 14.