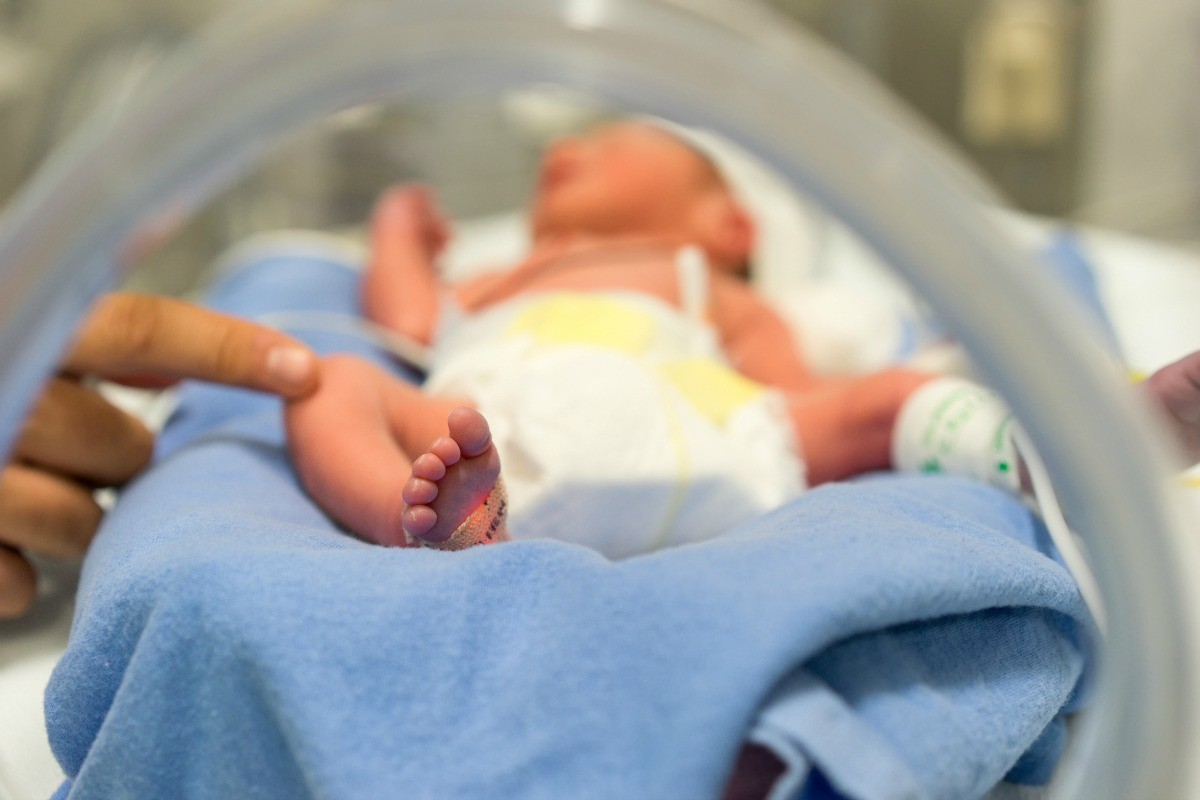 Even when they are not actively feeding, infants are perpetually sucking on toys, pacifiers, their own fingers—whatever they can get ahold of. "Babies are constantly hand-to-mouth, B," said Emily Zimmerman, an assistant professor in Northeastern's Department of Communication Sciences and Disorders. "It's reflexive upon birth."

In a study published in November, Zimmerman found that infants suck more frequently when looking at an image of a woman's face. Her findings could help improve outcomes for infants born prematurely or others who are struggling to feed.

When infants suck without acquiring nutrition (called non-nutritive suck), it tends to be in bursts. The infants will cycle through several bouts of rapid sucking with breaks to breathe in between. This behavior can be soothing, and it makes the infants more alert for feeding. It is an important part of their development.

Non-nutritive sucking typically matures between 34 and 36 weeks into a pregnancy. But for infants born early, developmental delays and feeding issues are common. Their patterns of sucking may be erratic or weak. If infants in the neonatal intensive care unit can not suck on a breast or a bottle, they are usually fed through a tube running through their nose to their stomach.

"On average, most studies report that 20% of babies experience feeding or swallowing difficulties," Zimmerman said. "That number can get as high as 80 percent in children that have other developmental delays."

To help these infants get back on track, Zimmerman is looking for links between feeding behaviors like sucking and the sights, smells, and other sensations that babies might be missing out on during an extended hospital stay.

A previous study, which involved fellow Northeastern professor David Lewkowicz, showed that infants preferentially focus on faces, especially when they can smell their mom.

Zimmerman wanted to see if this also affected their suck response. She mimicked the earlier setup, giving the infants a T-shirt their mom had slept in and placing them in front of side-by-side images of a woman's face and a car and added a specially-designed pacifier that could record sucking patterns.

Zimmerman and co-author Courtney DeSousa, who graduated in 2017, compared where the infants were looking with the strength and frequency of their non-nutritive sucking. While the sucking pattern didn't change, the infants sucked more often when they were looking at the woman's face than anywhere else.

"Babies had more suck bursts when looking at the female," Zimmerman said. "It does not seem like something that even needs to be said, but until it's written and published, no one knows if they can expand on it. You're not going to do something in the neonatal intensive care unit until it's been vetted."