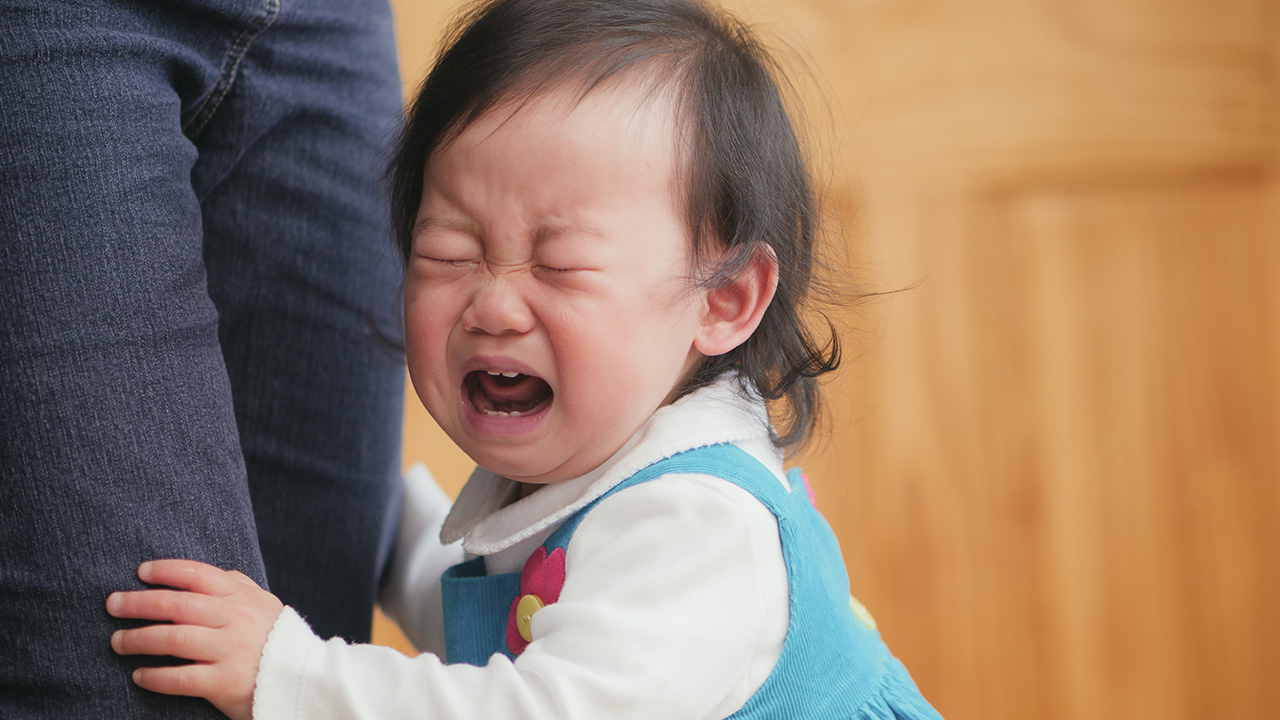 “Clinginess” refers to a child who has a strong emotional or behavioural reaction to being separate from their parent. Children can show clingy behaviour at any stage up to late primary school. Infants may cry to let their parents know they don’t like being separate. Toddlers or older children may cry, cling or even have a full-blown meltdown if their parent is leaving them.

In most cases, these reactions are perfectly normal. Parents can help their children through periods of clinginess by acknowledging and accepting the feelings that come with this behavior. Many parents face difficulties in managing clingy children; whether it’s a baby who cries every time the parent is out of sight, a toddler who clings to their parent’s legs at social events; or a primary school kid who does not want their parents to go out for dinner without them.

Causes of clinginess in child

A child can show clinginess due to a fear of being away from their parents (separation anxiety) or because of stranger anxiety; where the fear is more about being around people the child doesn’t know. Children also develop their own sense of self from an early age, as well as a will  the healthy desire to express themselves and impact their world. So, sometimes clingy behavior isn’t due to children being truly afraid at being left by a parent but is instead about expressing a strong desire for their parent to stay.

And children are socially and biologically program to form strong attachments with their parents. Parents usually represent a safe, loving base from which children can explore the world and develop independence. Clingy behavior may intensify at certain times of development as children test out new-found independence, such as when they learn to walk, or during transitions such as starting preschool, kindergarten or primary school.

A child’s level of clinginess, and the way it is express, may be affect by; Child temperament: some children are more socially shy or introvert; others are reactive and experience emotions intensely. Major events or changes in the child’s family, such as the birth of a new sibling, starting a new school or moving house it’s normal for children to become more clingy with their parents while they’re getting used to change.  Other family factors such as parent separation or divorce, parent stress or mental-health problems. Children can be very sensitive to changes in their parents, so if a parent is going through a hard time; their child may become clingy or show other challenging behaviors.

How to help such children?

Many children are clingy in a new situation or with new people. Parents can help children get used to a new situation by supporting them through it. For example, if a child is starting at a new childcare centre, it may help for the parent to spend some time there with their child, so the child can become accustome to the new environment with their trusted parent close by.

When children are being clingy, they’re communicating their feelings. Resisting the clinginess won’t usually help, because children’s feelings will not disappear if they’re ignored or downplayed. Parents may be afraid talking about their child’s feelings will make the situation worse, but this is rarely the case. Talking about feelings usually helps children let them go, by helping children to regulate their emotions. This will happen in the child’s own time, which may mean accepting a tantrum at separation; or clingy behavior at a social event, until the child adjusts.

Parents are important role models for children; which means they become their child’s working example of how to react to particular situations. The way parents respond to their child’s clingy behavior can shape how children feel about a particular situation. Humans are afraid of the unknown, so talking to children about an upcoming change or feared situation will help them cope with it.

If children is too clingy?

There are a few factors to consider when making a judgment about whether a child’s clingy behaviour is of concern. First, consider the context. Is the child coping with a significant change in their life; a new environment or new people? Some children are particularly sensitive to change and may need a number of weeks (or months) to adapt. So you may need to provide the child with a little extra support to get them adapt.