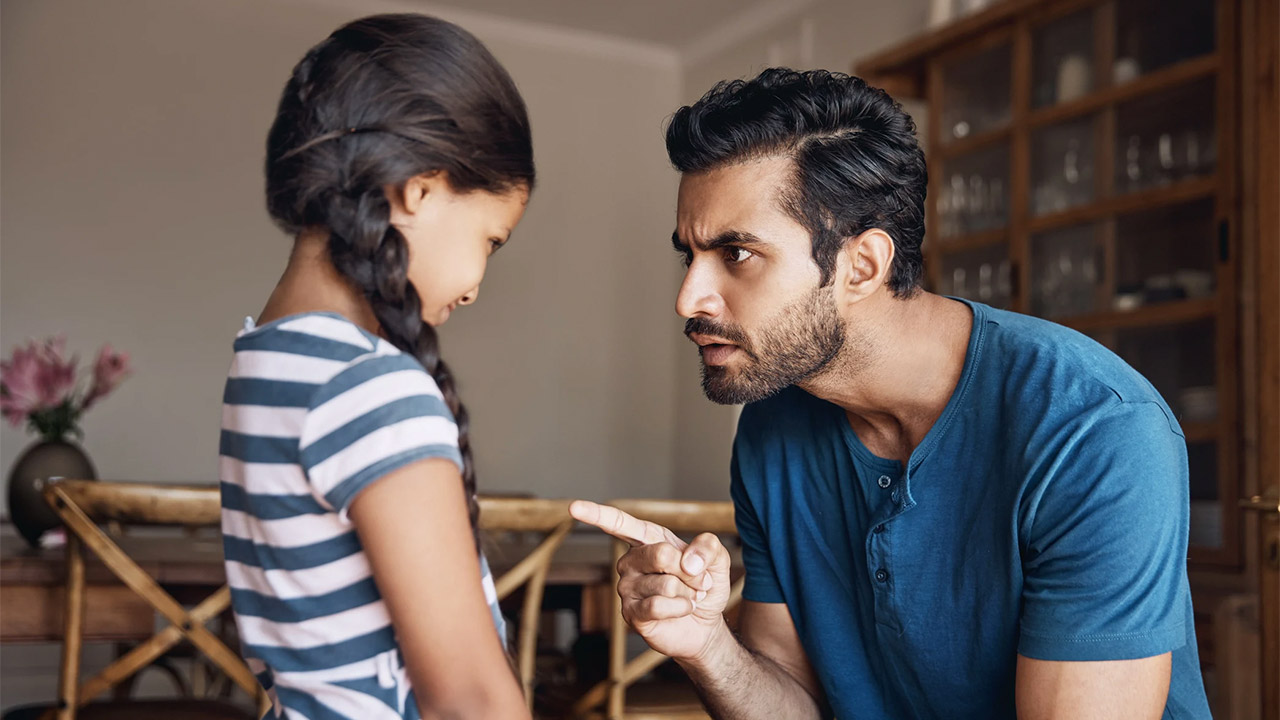 Children whose parents often get angry at them, spank them; yell at them or shake them as a way to discipline them could be adversely affected right into their teenage years, researchers at Université de Montréal and CHU Sainte-Justine Research Center have found. And the effects of these kinds of “harsh parenting” can observed; not just in how the teenagers behave, but also in the way their brains process fear; according to the study, led by an UdeM doctoral student and published in Biological Psychology.

“It’s already well-known that adversity in childhood; can have lot of negative consequences psychologically and socially,” said first author Valérie La Buissonnière-Ariza, who did the research for her Ph.D thesis in psychology at UdeM. “But until now, most studies have only look; at the worst cases of adversity, children who have abused or neglected and taken away from their parents;” said La Buissonnière-Ariza, now a postdoctoral researcher at the Baylor College of Medicine in Houston, Texas.

“They wanted to look at the more ‘benign’ incidences of adversity; ones that are quite common and even readily accept: parents who yell at their children, slap them on the hand or bottom, take them by the arms and give them a shake to discipline them. “What we were surprised to find is that not only did these kinds of ‘harsh parenting’ affect children’s behaviour into their teens; they were also related to changes in the functioning of their brain, especially in terms of processing fear and anxiety.”

Supervised by UdeM psychology professor Franco Lepore and psychologist Françoise Maheu; who is affiliated with CHU Sainte-Justine, La Buissonnière-Ariza tested 84 youths ages 13 to 16. Participants since birth in two Quebec longitudinal studies; accessed through the Research Unit on Children’s Psychosocial Maladjustment and the Quebec Statistical Institute; the teens split into four groups depending on how harshly they have disciplined from ages 2½ to 9.

They then run through a 17-minute “fear-conditioning task” in which they show a series of head shots; of two different women with neutral facial expressions. Then they were shown one of the women looking afraid; followed immediately by a piercing, 90-decibel scream. Functional MRI scans of the youths’ brains; during this task showed marked differences in how their brains processed fear.

Demands of a newcomer

Why look at kids’ brains, not just their behaviour? “Because the cerebral mechanisms give a clue to how fear; and anxiety are being handled by the child physiologically, and to use that information to help treat them;” said La Buissonnière-Ariza. A year ago, she became a parent herself, and as a young mother to baby Cléa; knows firsthand the stresses and challenges of dealing with the demands of a newcomer to the household. “I know it’s easy to lose patience and want to lash out, but I’m totally against slapping a child,” said La Buissonnière-Ariza, 32.

“So it’s important for me personally to investigate what the real consequences are; to get proof that yes, in fact, being harsh isn’t good.”  “Goal is not to guilt-trip anyone and in any case, this is only a preliminary study and shouldn’t be taken as the gospel truth; more, larger studies need to be done,” La Buissonnière-Ariza said.”But I do want parents to think about what they do; and realize that some kinds of disciplining aren’t as harmless as they might seem. They could actually affect a child’s brain, how it processes fear, especially when it’s done over a long period of time.