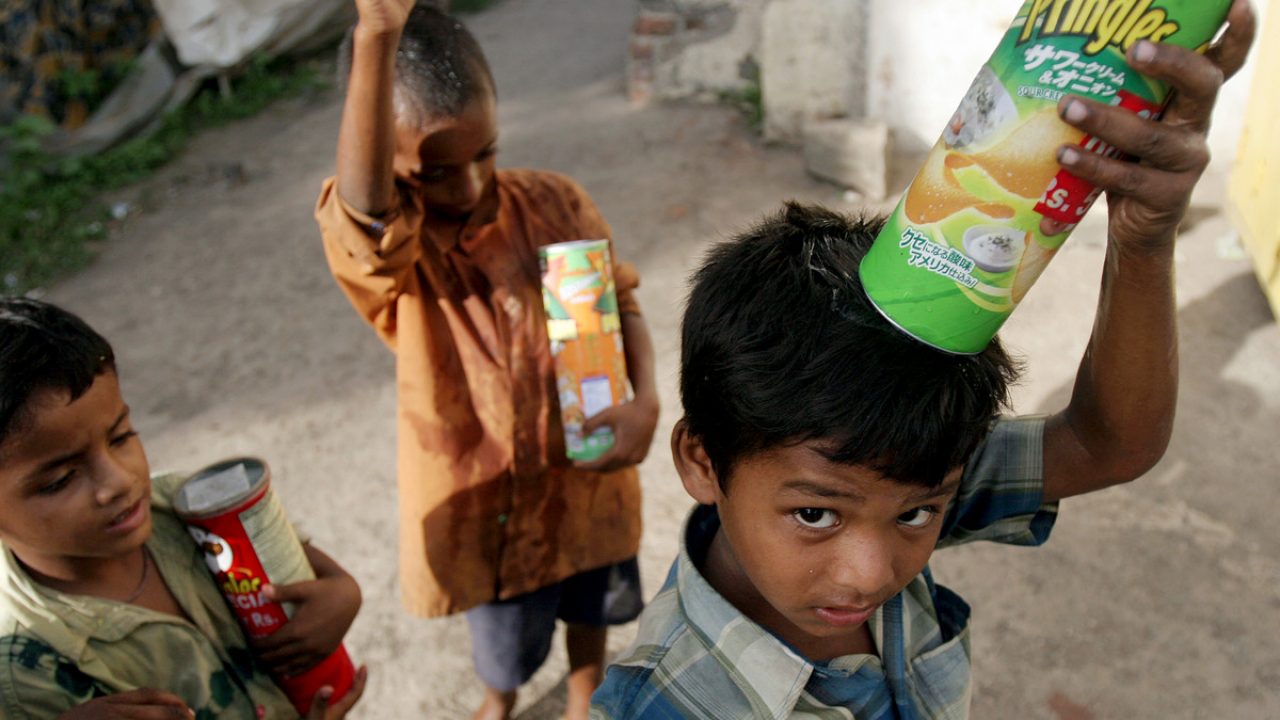 Children born into poverty show key differences in early brain function – according to new research from the University of East Anglia. Researchers studied the brain function of children aged between four months and four years in rural India. They found that children from lower-income backgrounds; mothers also had a low level of education, had weaker brain activity and more likely to distracted.
“Each year, 250 million children in low and middle-income countries fail to reach their developmental potential. “There is, therefore; a growing need to understand the global impact of poverty on early brain and behavioral development. “Previous work has shown that poverty and early adversities significantly impact brain development; contributing to a vicious cycle of poverty. But few studies have looked at brain function early in development.

“They wanted to find out more about the functional brain development of children born into poorer backgrounds to see why many do not reach their full potential. This work is the first step in intervention efforts to boost early brain health before adversity can take hold.” The team, which included researchers from the University of Stirling, carried out their study in Uttar Pradesh, which is the most highly populated region in India.

Using a portable ‘functional near-infrared spectroscopy’ (fNIRS) device; they measured the brain activity of 42 children aged between four months and four years in rural settings. fNIRS systems shine near-infrared light into cortical tissue via sources placed on the head via a special cap; linked to a computer.
The study in partnership with the Community Empowerment India. Participants recruited from villages around Shivgarh in Uttar Pradesh. They took part in a visual test involving blinking displays of colored squares. The goal of the test was to see if children could remember the colors well enough to detect that there was always a color change on one side of the display; while the colors on the other side always stayed the same.

Factors such as parental education, income, caste, religion, the number of children in the family; economic status were taken into account. The results compared with children from families in Midwest America. The research team found that the children in India from families with low maternal education and income showing weaker brain activity and poorer distractor suppression in the left frontal cortex area of the brain that is involved in working memory.
The study also demonstrates that portable neuroimaging technologies can used in rural parts of the developing world; bringing innovative technologies to places most in need of early assessment tools. “Although the impact of adversity on brain development can trap children in an intergenerational cycle of poverty; the massive potential for brain plasticity is also a source of hope. “By partnering with families in the local community and bringing innovative technologies to the field, we are hoping that together we can break this cycle of poverty in future work.”