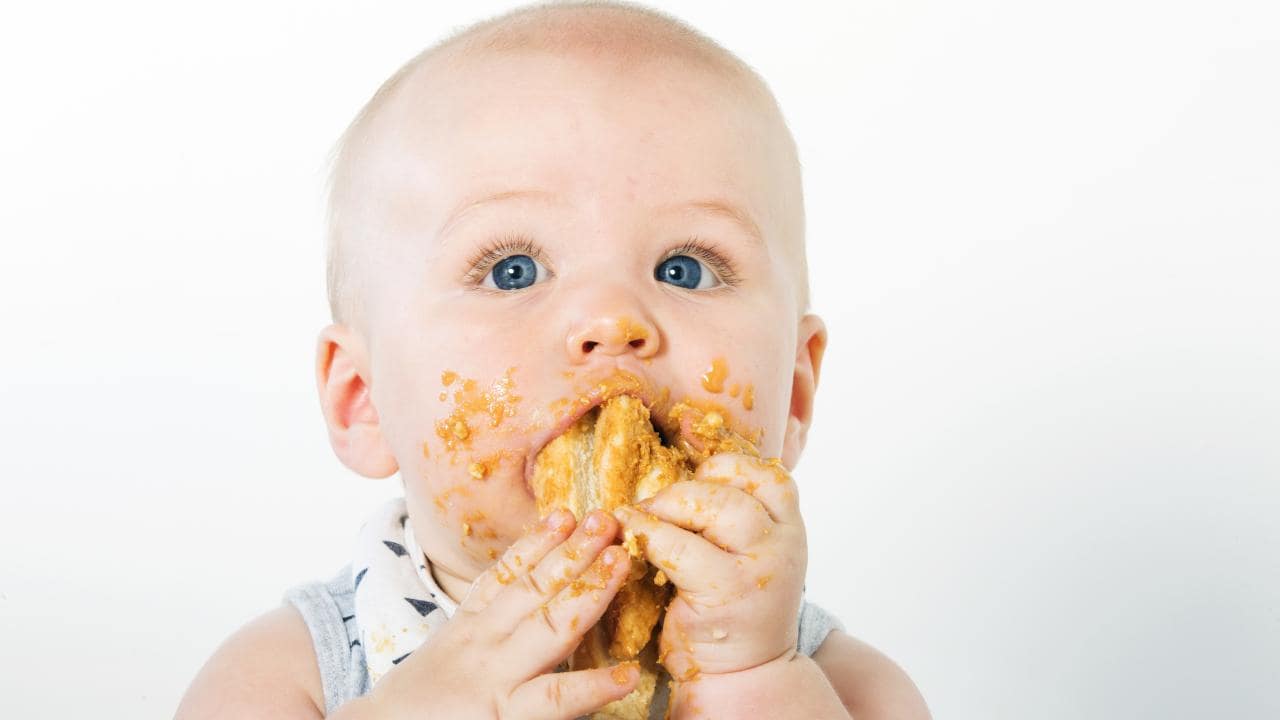 New parents worry about a lot of things, but the American Academy of Pediatrics; says one thing they can cross off that list is concern about giving high-allergy foods too early in life. In fact; the pediatric group says it’s likely better to introduce foods like peanut butter when kids are around 6 months of age. “There’s no reason to restrict early introduction to allergenic foods.
Although experts had advised parents in the past to avoid highly allergenic foods early in life; more recent research has suggested that early exposure to these foods might a better option. In addition to freeing up parents to let their youngsters try peanut butter or ground peanut products at an early age; the report also said that moms do not need to restrict their diets during pregnancy and breastfeeding to try to prevent allergies.

The report recommends exclusive breastfeeding for at least the first three to four months of life to help protect; against the allergic skin condition eczema. Breastfeeding past three or four months (even if it’s not done exclusively); may also offer some protection against wheezing for the first two years of life; against asthma for an even longer time period. For parents who use formula; the AAP has some good news for your wallet. Using pricey hydrolyzed baby formulas doesn’t appear to help prevent allergies.

The most common foods that cause allergies include cow’s milk, eggs, shellfish, tree nuts, peanuts, wheat, and soybean; according to the AAP. As early as 2008, the AAP; concluded that there was no convincing evidence that delaying the introduction of these foods would prevent allergies. The new report highlights new studies that have shown that introducing these foods early can help prevent allergies.

The report suggests introducing peanut protein as early as 4 months to 6 months of age. (Whole peanuts are not recommended because they are considered a choking hazard until a child is 4 years old.) Greer explained that “allergies have only increased as we’ve become more and cleaner. They are not bombarding the human system with antigens.” That means the immune system doesn’t have a chance to learn to react normally to substances that aren’t harmful, such as peanuts or pet dander.

Appleyard pointed out an important caveat from the new report; “The report says the available data still limits the ability to draw firm conclusions. So, none of this is set in stone.” And, that’s important because parents of kids with severe allergies may wonder if they could have done something to prevent their child’s allergies.
The parents should not feel guilty about kids’ allergies; especially when they were just following the standard advice of the time. And, even when kids are given peanuts or eggs, or another allergic food early now, some will still develop an allergy. “Just because you introduce peanuts at a certain time does not guarantee your child won’t have a peanut allergy. That’s just the current thinking. And even if you can tolerate peanuts at 6 months or a year old, you could still have a reaction later in life.
The AAP said that if kids have severe eczema that requires prescription treatments or they have a known egg allergy; testing for a peanut allergy before introducing peanut foods is something that might considered. In that same group of children, introducing peanut foods with the supervision of a health care provider is also something else that can be considered, the AAP said.