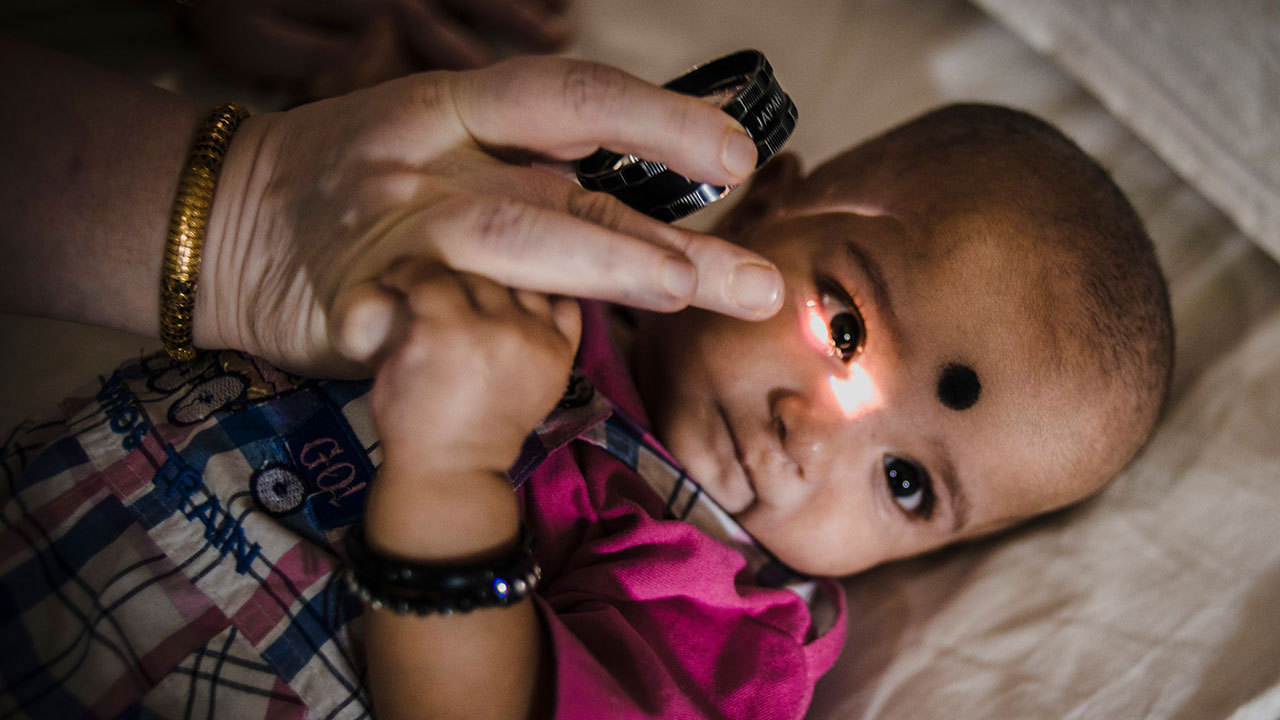 Retinopathy of prematurity (ROP), also called retrolental fibroplasia (RLF) and Terry syndrome; is a disease of the eye affecting prematurely born babies generally having received intensive neonatal care; in which oxygen therapy is using on them due to the premature development of their lungs. It is thought to by the growth of retinal blood vessels which may result in scarring and retinal detachment. ROP can be mild and may resolve spontaneously; but it may lead to blindness in serious cases.
By the fourth month of pregnancy; the fetal retina has begun to develop vascularization. Such formation of blood vessels appears to be very sensitive to the amount of oxygen supplied, either naturally or artificially. In rare cases, ROP has found in some patients with a mutation in the NDP gene, which is normally with the more formidable Norrie disease.

Hyperreflective vitreous opacities on hand-held OCT are strongly correlated with the presence of retinopathy of prematurity, worsening ROP stage and plus disease, according to a study. This is important because their presence could be a marker for advanced ROP and allow us to develop a noninvasive screening tool for ROP someday; at the American Association for Pediatric Ophthalmology and Strabismus annual meeting.
Zepeda and colleagues at the University of Washington, Seattle, undertook a prospective observational study to characterize punctate hyperreflective vitreous opacities as seen on hand-held OCT (Envisu C2300, Leica); to evaluate whether vitreous opacities correlate with worsening ROP stage and other vitreoretinal pathologies. Ninety-three infants requiring ROP screening at two large university hospitals underwent same-day; unsedated OCT imaging with the infant in the supine position; followed by the clinical examination.

Two trained graders, who masked to the clinical assessment; looked for vitreous bands and opacities as well as cystoid macular edema and epiretinal membranes in each scan of the right eye of the infants from 307 total imaging sessions. Agreement between graders was 91% (P < .001); with disagreement mediated by a third trained grader as a tiebreaker. They analyzed infants who had ever developed opacities in their right eye and compared them with those who did not.

Evidence of vitreous opacity in the right eye in 33% of the infants at least once during their imaging; on clinical examination, 38% of the screened infants had ROP; but only six had type 1 ROP requiring treatment, she said. Worst stage observed was stage 3.
Their study is an observational study. Nevertheless, the study had a high interobserver agreement and is one of the first to report on vitreous findings in infants for ROP. Future direction for this research will to quantify the number of opacities and change over time and correlate the number of opacities to stage of ROP.