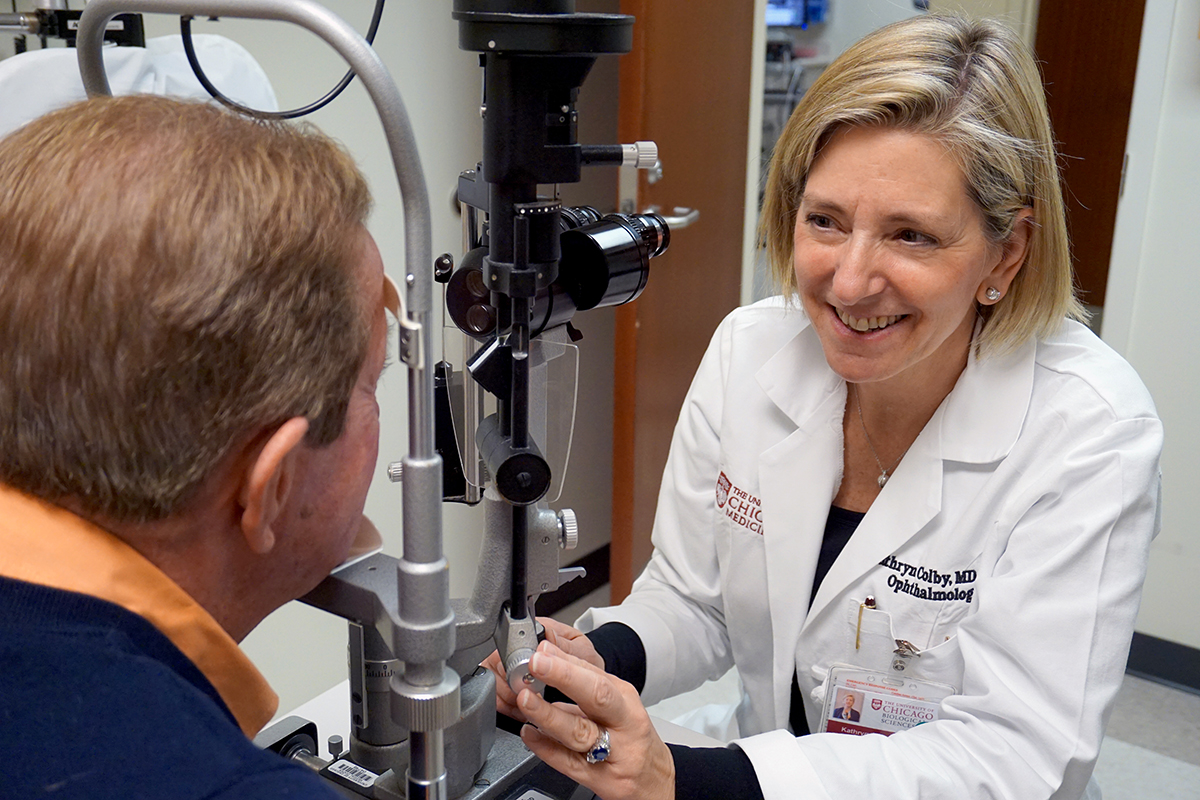 The most common tests for glaucoma can underestimate the severity of the condition by not detecting the presence of central vision loss, according to a new Columbia University study

The study, published Nov. 8 in  JAMA Ophthalmology, found that administering a variation of the visual field test that better assesses macular damage can improve diagnosis of glaucoma at no extra cost and an additional 10 minutes of examination time.

"When looking for signs of early glaucoma, clinicians tend to focus on the loss of  sideways vision and seldom on the macula, the central area of the retina-which determines our ability to read, drive, and see our children's faces, "said Donald C. Hood, the James F. Bender Professor of Psychology and a Professor of Ophthalmic Science at Columbia University, who co-authored the study.

"Our work has shown that there is damage in this area, and the most commonly used field test can fail to detect most of the damage," Hood said. "It is important to detect this damage because early diagnosis and treatment can prevent further  vision loss ."

Glaucoma, which affects an estimated 3 million people in the United States alone, is the second leading cause of irreversible blindness in the world, according to the National Eye Institute. In its early stages, the disease has no symptoms, pain or perceived loss. If left untreated, however, glaucoma results in decreasing vision, and eventually tunnel vision and blindness.

The most common exam for glaucoma is the visual field test, which uses an instrument to assess how each eye can see, looking at one eye at a time. The patient looks into a dimly lit bowl-shaped area and small blinking lights appear briefly in different places in the field of view. The patient presses a button to indicate when lights are seen and the instrument records which were not seen.

For the study, the researchers examined 57 eyes from 33 patients diagnosed with early-stage glaucoma using two different visual field measures. All participants were tested with the 24-2 visual test, which uses a grid of 54 test points (projected lights).

They then conducted an additional assessment using a 10-2 visual field test, which uses a grid of 68 test points. In addition, optical coherence tomography (OCT) – which is a high-resolution imaging device analogous to an MRI-was used to confirm the presence of damage.

"In an early study, we found that in the 10-2 visual field that over 75 percent of patients diagnosed with early glaucoma had central vision loss," said Dr. Hood. Because conventional 24-2 tests often miss or underestimate damage in the central vision, it, therefore, underestimates disease severity.

Patients with more severe disease require closer monitoring and often require more aggressive treatment, which is unlikely to happen if 10-2 tests and OCT are not performed at some point during follow-up.

The researchers recommend that the patients have glaucoma with the finer test grid in the macular area within the first two visits, Dr. De Moraes said. "By having a better assessment of the true severity of glaucomatous damage to the eye, doctors can tailor the most appropriate treatment to help prevent future vision loss."