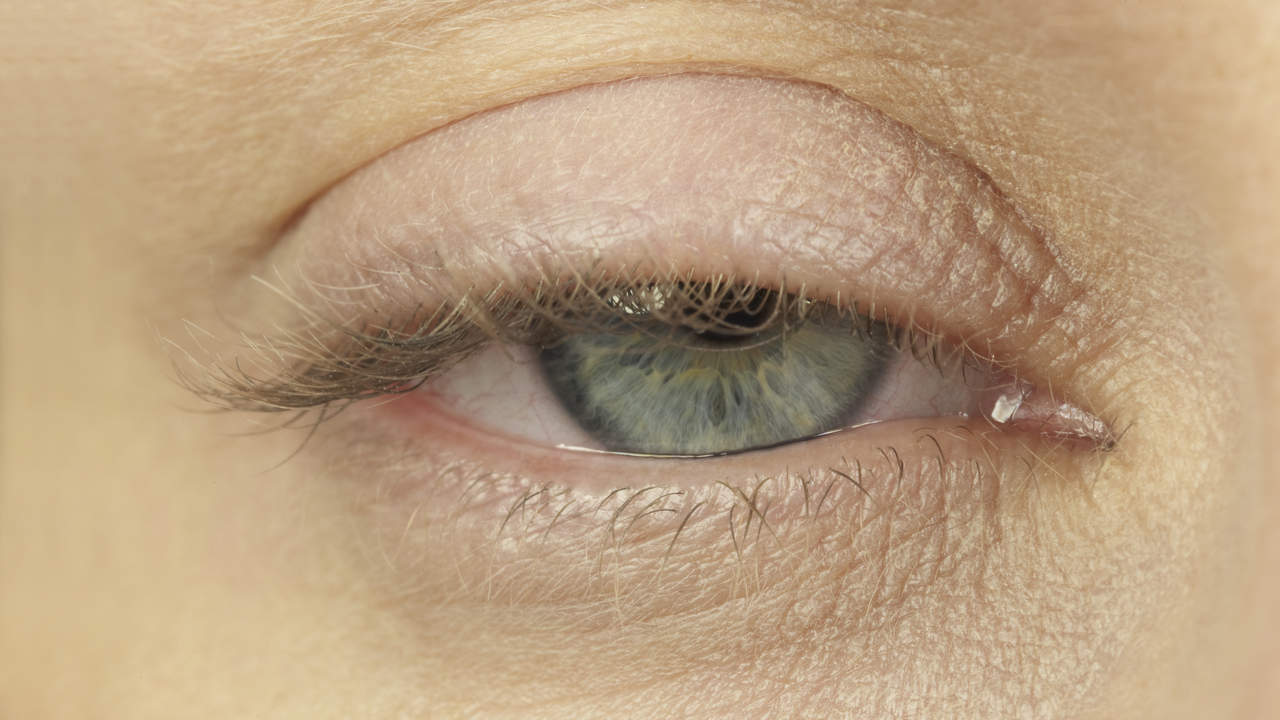 In a special hour-long late-breaker presentation; Douglas compared the new data with those from a phase 2 trial that also showed a significant reduction in proptosis (eye bulging); with teprotumumab. Improvements in proptosis response (reduction of ≥ 2 mm); clinical activity scores (CAS) similar in both studies, he said. In the United States, about 15,000 to 20,000 people annually are believed to have active thyroid eye disease.
The condition is usually with Graves’ disease and occasionally Hashimoto thyroiditis. But it evolves through a distinct process in which autoantibodies activate an insulin-like growth factor 1 receptor (IGF-1R)-mediated signaling complex on cells within the eye orbit. Teprotumumab inhibits that receptor, Douglas explained.

In both the phase 2 and 3 trials, inclusion criteria ophthalmopathy diagnosis no longer than 9 months after the onset of symptoms, and a CAS of 4 or greater on a 7-point scale; with 3 or greater indicating active thyroid-associated ophthalmopathy in the more severely affected eye. CAS includes measures of orbital pain, eyelid swelling, and vision, among others. No previous treatment was allowed, except with oral glucocorticoids (cumulative dose ≤ 1 g of methylprednisolone or equivalent with a 6-week washout period).

As in phase 2, in phase 3 study teprotumumab or placebo by infusion every 3 weeks for 24 weeks for a total of eight infusions. Of the 83 patients randomized and who received study drug; 40 and 39 completed double-masked treatment with placebo or teprotumumab, respectively. The patients a mean age of about 50 years; nearly three-quarters women.  The primary outcome, a reduction in proptosis of at least 2 mm at week 24; occurred in 82.9% of those receiving teprotumumab (34/41 in the intent-to-treat population), vs 9.5% with placebo (4/42); a significant difference (P < .001).

The overall responder rate at week 24, defined as proptosis reduction of at least 2 mm plus improvement in CAS of at least 2 points; was achieved in 78% of patients with teprotumumab vs 7.1% with placebo (P < .001), and was significantly better at all time points (weeks 6, 12, 18, and 24), Douglas reported.

Overall, Stan said, “This has the potential to change the paradigm for the patients in most need of therapy. It is not for every patient with thyroid eye disease at this point.  “Hopefully more studies will done to see if it remains relatively innocuous and can improve even mild disease without causing any harm. That would beautiful. For now, I think they should aim to stick with what they have seen that it’s beneficial where the benefit is high and the risk seems to manageable.”