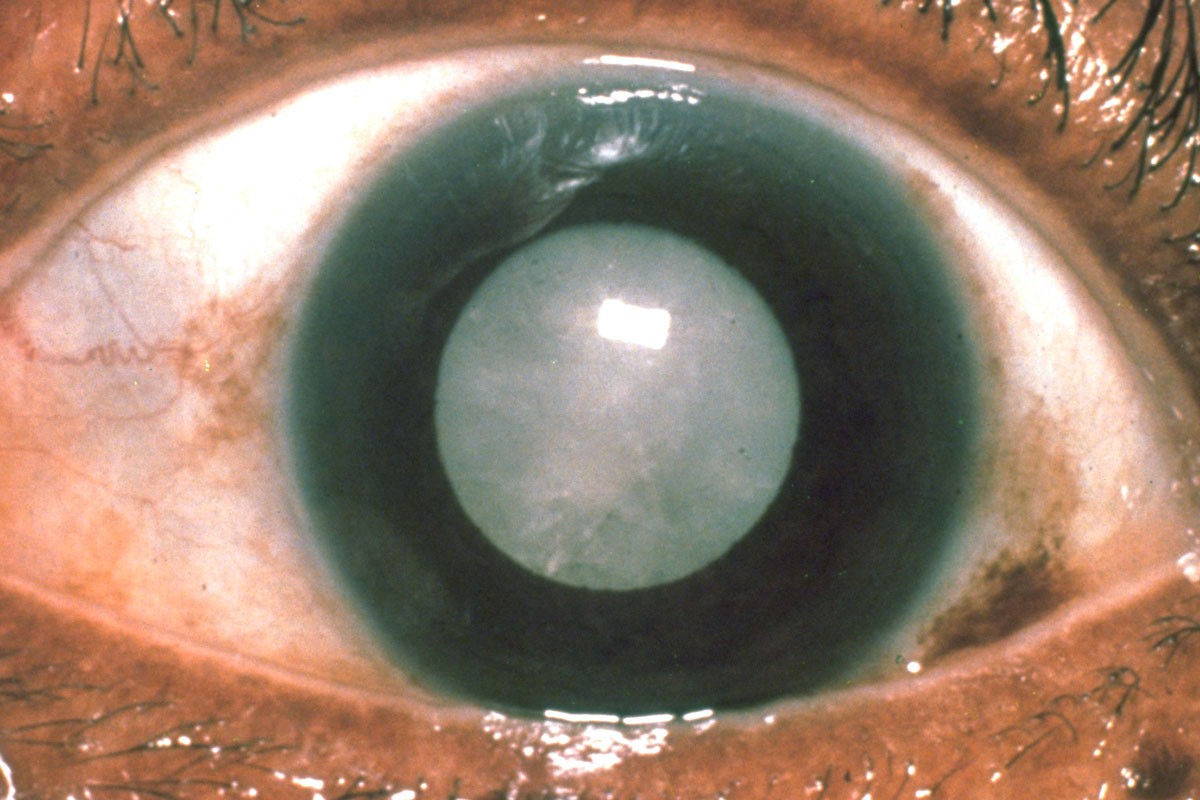 Researchers working to understand the biochemistry of cataract formation have made a surprising finding: A protein that was long believed to be inert actually has an important chemical function that protects the lens of the eye from cataract formation.

The lens is made up of cells packed with structural proteins called crystallins. Crystallins within each lens cell form a protein-dense gel, and the gel's optical properties — like its transparency and the way it refracts light — help focus light onto the retina.

But when crystallin proteins clump together, they are no longer so transparent. If enough of the proteins go from their usual water-soluble, densely packed organization to clumpy aggregates, they begin to scatter incoming light, forming cloudy deposits known as cataracts.

According to Harvard postdoctoral fellow Eugene Serebryany, lead author on a recent study in the Journal of Biological Chemistry, for a long time, researchers believed that crystallin proteins were chemically inert.

"That is, except for aggregating individual ages, the proteins were not believed to interact much with fellow proteins," Serebryany said. "This was the model: (crystallin's) real function is to remain monomeric and transparent and avoid aggregating for as long as possible."

Back when he was a graduate student at MIT, Serebryany used a mutant form of the lens protein gamma-crystallin to mimic UV damage to the protein. While studying how that mutation leads crystallin to aggregate into clumps, Serebryany found something surprising: The mutant was more likely to aggregate if wild-type, or undamaged, a protein was also present.

Harvard professor Eugene Shakhnovich, who collaborated with Serebryany and his graduate adviser, Jonathan King, on the earlier studies, described the finding as "a fairly striking phenomenon."

In other words, the healthy version of a protein everyone had thought was inert was somehow causing a slightly damaged version to get much worse — and fast. When Serebryany graduated, Shakhnovich hired him to continue working to understand how a supposedly inactive protein could cause this effect. Serebryany said, "The first thing I had to do was basically try to get the experiments from my Ph.D. lab to work in this (new) lab."

A close comparison of the molecular weights of the wild-type protein that caused the mutant to clump and the protein that didn't revealed a difference equivalent to the weight of two hydrogen atoms.

This gave the researchers a hint that the redox state – whether two sulfur atoms within a protein molecule were bound to one another instead of to hydrogen atoms — might make a difference.