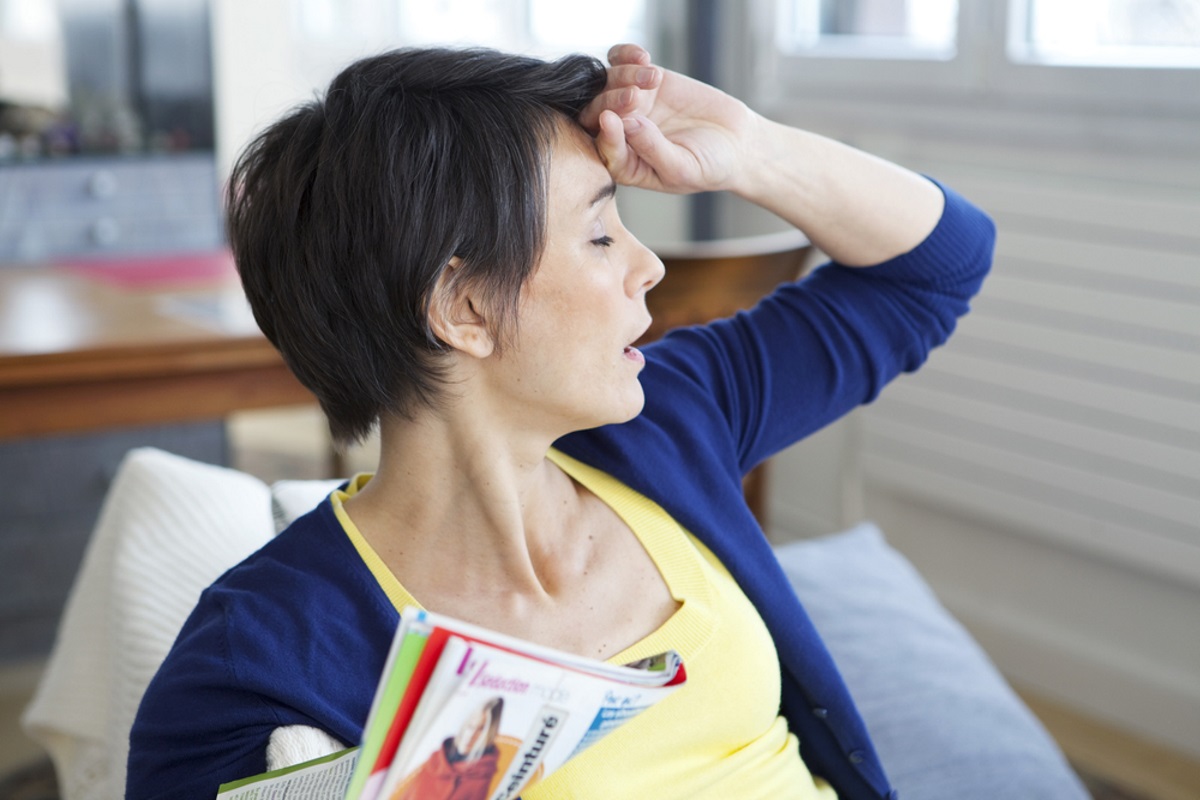 Researchers surveyed 400 women who had already gone through menopause about their eating habits as well as their recollection of how often they experienced symptoms like hot flashes, night sweats, muscle, and joint problems and bladder issues.

The study team also identified three distinct eating patterns: some women's diets were abundant in fruits and vegetables; others consumed plenty of mayonnaise, oils, sweets and desserts; and a third group favored a wide variety of fatty foods and snacks.

Then, researchers sorted women into groups according to how closely they adhered to one of these three dietary patterns. Compared to women who consumed the fewest fruits and vegetables, women who had the most greens in their diets found menopause had a much smaller impact on their general wellbeing and physical and mental health.

By contrast, women who ate the fattiest foods and snacks were much more likely to suffer menopause symptoms that impaired their quality of life and impacted their physical and mental health than those who ate the most greens.

"The high-fat and -sugar dietary pattern has high amounts of simple carbohydrates and unhealthy fats, especially saturated and trans fats, and a relatively low content of fiber, which can increase the levels of inflammatory biomarkers and body weight, all of them are related to menopausal symptoms," said senior study author Gity Sotoudeh of Tehran University of Medical Sciences.

"On the other hand, fruits and vegetables are low in fat, are a good source of micronutrients, antioxidants, as they help the body to lower the inflammation and maintain a healthy body weight during the menopause," Sotoudeh said by email. "Fruits and vegetables are also rich in fiber, which can modify the estrogen metabolism and decrease the fluctuation in levels of estrogen, which all decrease the risk of symptoms."

Women go through menopause when they stop menstruating, typically between ages 45 and 55. As the ovaries curb production of the hormones estrogen and progesterone in the years leading up to menopause and afterward, women can experience symptoms ranging from vaginal dryness to mood swings, joint pain and insomnia.

Obesity, inactivity, smoking, and alcohol consumption have all been linked to an increased risk of more severe or frequent menopause symptoms, the study authors noted October 22 online in Menopause.

Some previous research has also linked diets low in fat and high in whole grains, fruits and vegetables with fewer hot flashes and night sweats, the authors also note. In the current study, participants were in typically in their mid- to late-50s and had gone through menopause around 7 to 9 years earlier. They were generally obese or overweight, and most were married, widowed or divorced.

The study can't prove whether or how specific eating habits might directly impact menopause symptoms. Another limitation is that the group of women in the study was too small to draw broad conclusions about how diet might influence menopause symptoms, the researchers note. Still, eating fats and sweets in moderation can have other health benefits, Sotoudeh said.

"We suggest that women cut down or avoid fast food, sweet and sugary food as much as they can, and start adding foods like fresh fruits and vegetables, especially colorful and green leafy vegetables and whole grain into their diet if they are not getting enough of them," Sotoudeh advised. "Because it not only helps them to have lower menopausal symptoms, it would help with preventing of weight gain and some diseases that menopausal women are at a higher risk of."