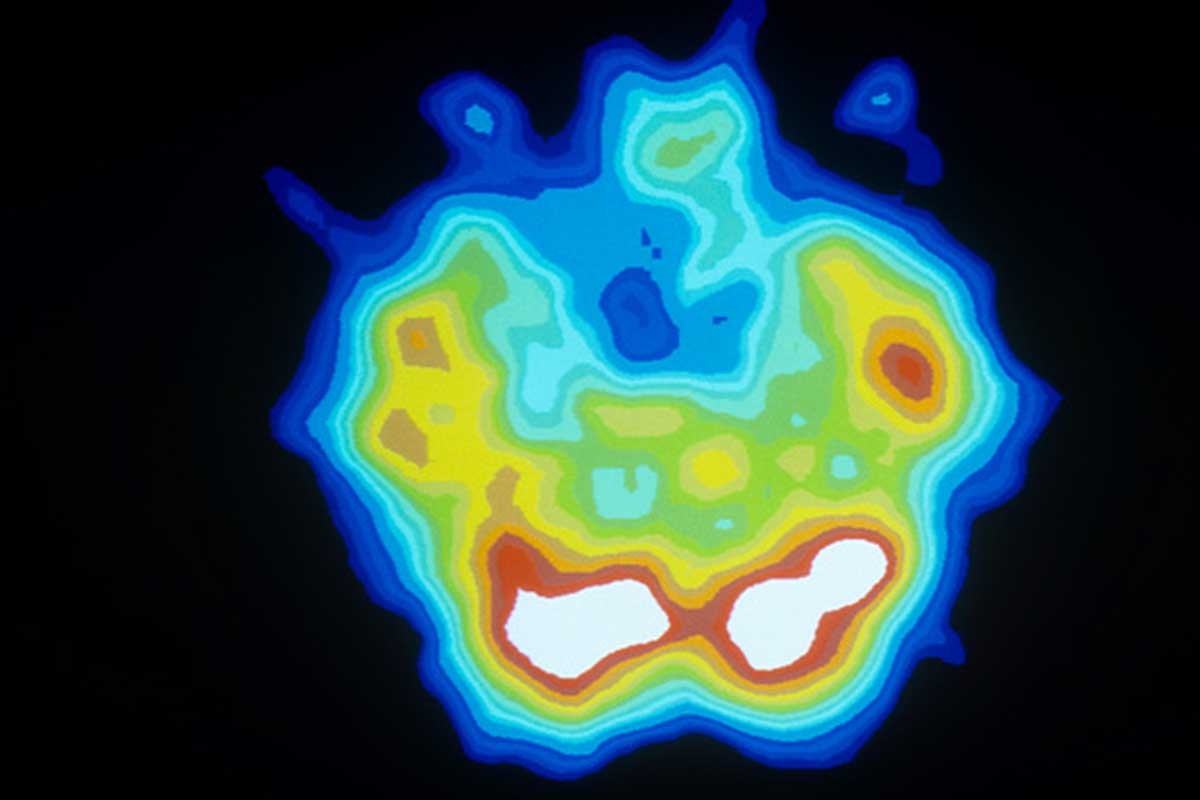 Disturbance of gonadotropin-releasing hormone (GnRH) signaling is implied in a variety of human diseases spanning from reproductive diseases, hormone-dependent oncological diseases, and neurodegenerative diseases. GnRH receptor (GnRH-R) play a central role in this context and have consequently attracted considerable interest as therapeutic targets

This is linked to the necessity of advances in radiochemistry and radiobiology development. The aim of the present study is to develop a GnRH-R SPECT radiotracer to allow for non-invasive detection of GnRH-R in the brain in vivo.

Researchers have previously disclosed the radiolabelling of Compound-1using an acylation-Finkelstein approach in 80% analytical RCY and 17% isolated yield. This gave us a straightforward access to the radioiodinated compound which is in compliance with requirements for radiolabelling.

A semi-quantitative SPECT analysis was established to evaluate the [123I]-Compound-1 brain uptake. Three VOIs (brain, non-brain region, and a background region) were defined and compared to each other with no significant differences. The SPECT images presented no uptake of the Compound-1 in rat brain.

Similar iv. injection doses were reported in previous preclinical evaluation of [123I]-labeled compounds. Compound-1 ip. the administration was evaluated as well since it will be delivered slower to the circulation compared to iv. injections and therefore a different biodistribution could be achieved. However, no differences were observed in the iv. group compared to the IP. group.

We observed similar [123I]-Compound-1 and Na123I uptake patterns in brain and testis, where GnRH-R is known to be expressed, indicating that the activity is due to the presence of free 123I- in these regions.

The uptake of free 123I- corresponds to a large degree of the previously reported biodistribution patterns of 125I- and 131I. Additionally, blood samples analyzed 1 h post injection by radio-HPLC did not detect [123I]-Compound-1 which may be explained by the rapid deiodination.

The compound was initially validated in saline, human and rat serum. No differences were shown in the analysis of brain SPECT images and biodistribution studies of the [123I]-Compound-1 compared to Na123I. Compound-1 did not show any uptake in the brain despite the promising stability and previous literature data.

[123I]-Compound-1 is therefore not suitable as a brain SPECT-radiotracer and further evaluation of the in vivo stability by e.g. metabolic profiling will reveal its suitability as a radiotracer outside the CNS in tissues where GnRH-R are located such as the HPG axis, tumors derived from these tissues and in liver, kidney, and heart.