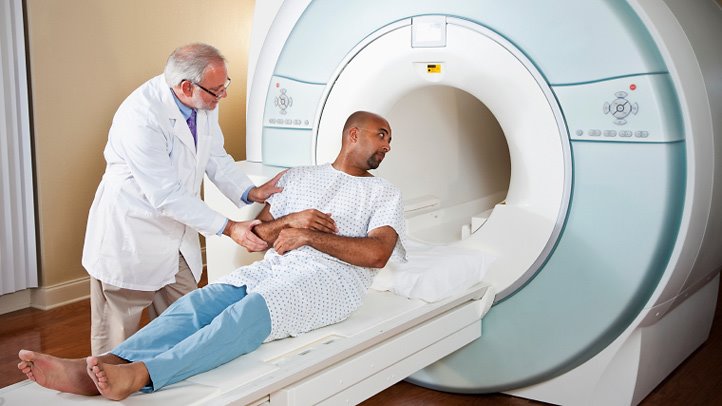 Developed over decades, pulmonary oscillometry has re-emerged as a noninvasive and effort-independent method for evaluating respiratory-system impedance in patients with obstructive lung disease.

Developed over decades, pulmonary oscillometry has re-emerged as a noninvasive and effort-independent method for evaluating respiratory-system impedance in patients with obstructive lung disease. Here, we evaluated the relations between hyperpolarized I have ventilation-defect-percent (VDP) and respiratory-system resistance, reactance and reactance area (A X ) measurements.

We evaluated never-smokers aged 60-90 years, asthmatics aged 18-70 years and ex-smokers with and without COPD aged 50-90 years who had written informed consent to study protocols approved by the local research ethics board and Health Canada and registered . All subjects underwent a single three-hour study visit including spirometry, plethysmography, oscillometry, and MRI. Some of these subjects were previously evaluated and results published.

We evaluated oscillometry and hyperpolarized He MRI measurements in a relatively large group of patients with asthma and COPD as well as two control groups and made four important observations: in asthma and COPD participants.

VDP was significantly but weakly correlated with R5?19, X5, and AX, but not R5, in COPD patients without emphysema, VDP was related only to R5?19 and AX, and only X5 and AX in COPD patients with emphysema, in an ex?smoker control group, there were no significant relationships while in never?smokers, only VDP and R5 were related, and,AX was weakly related to VDP in all subgroups with airflow obstruction, demonstrating its sensitivity to airflow obstruction but not specificity to type of obstruction.

The relationship between oscillometry and MRI VDP with quality-of-life measurements was previously investigated in 100 patients and this previous work was in agreement with our observations. The fact that there were no relationships between VDP and oscillometry in the control subgroups except for  R 5  and VDP in never-smokers is also congruent with previous results.