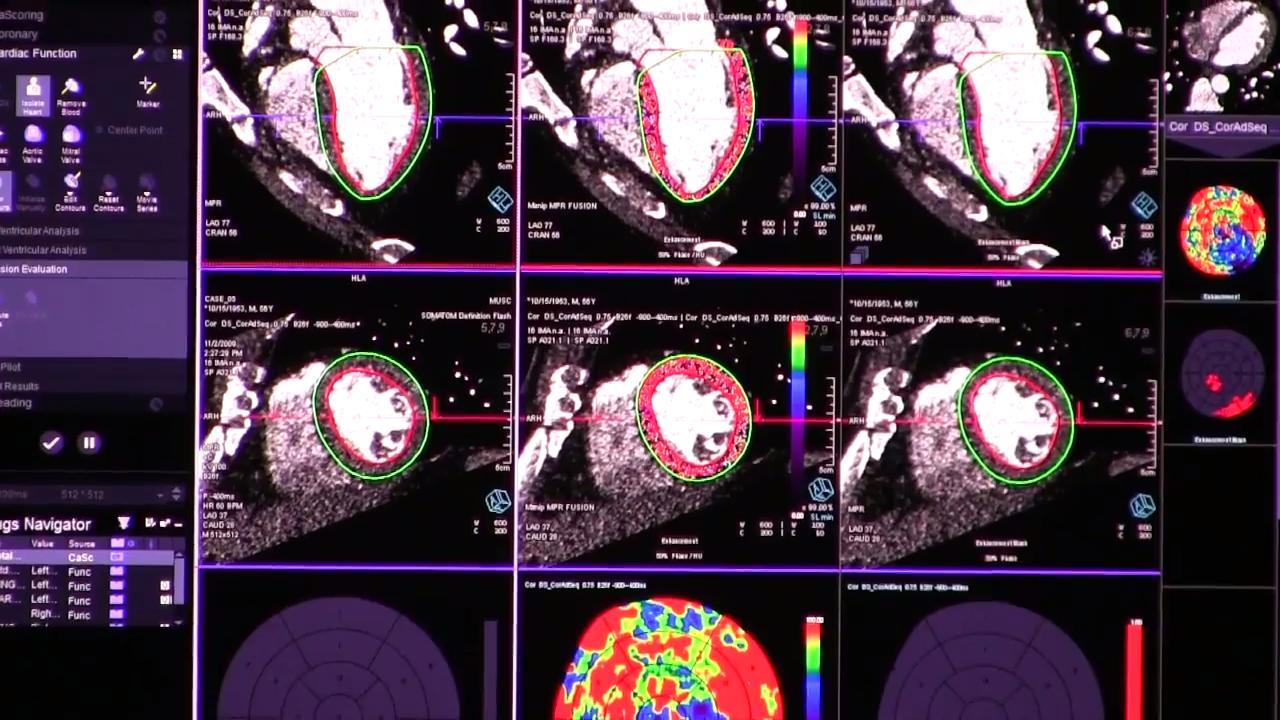 Among the 18 scans, eight (44%) showed an inflammatory pattern and three (17%) a fibrous pattern; the other seven were normal. The distribution of the three patterns did not differ between patients with Takayasu arteritis; (TA, n = 10 scans) and those with giant cell arteritis (GCA, n = 8 scans). Because PET/MRI findings were normal in 2/10 (20%) TA scans vs. 5/8 (62%) GCA scans (p = 0.3). Median SUVmax was 4.7 [2.1–8.6] vs. 2 [1.8–2.6] in patients with active disease vs. remission; respectively (p = 0.003). Therefore PET/MRI is a new hybrid imaging modality allowing comprehensive and multimodal analysis of vascular wall inflammation and the vascular lumen. Therefore This technique offers promising perspectives for the diagnosis and monitoring of LVV.

Large-vessel vasculitis (LVV) is define as a vasculitis affecting large arteries of which giant cell arteritis (GCA) and Takayasu’s arteritis (TA) represent the two main forms. LVV is characterized by arteritis of the aorta and its main branches which can lead to stenosis and aneurysms. But The diagnosis of GCA can be challenging, particularly in patients with symptoms consistent with GCA but negative temporal artery biopsy (TAB). In these patients, it is necessary to demonstrate arterial involvement in order to confirm the diagnosis of GCA. Because In TA, the assessment of disease activity can be challenging and positron-emission tomography (PET)-imaging can be useful to distinguish fibrotic stenosis from active arterial lesions.

Several studies have shown good sensitivity of fluorine-18-fluorodeoxyglucose (FDG)-PET/computed tomography (CT) for the diagnosis of arterial involvement in LVV; with a sensitivity around 89.5% for GCA and 87% for TA. Therefore In a recent double-blinded study of 64 newly suspected GCA, the sensitivity and specificity of PET/CT were 92% and 85% respectively compared with TAB; with high negative predictive value. In TA; a recent study in twenty-six patients who underwent graft surgery have shown that significant 18F- FDG uptake that is confined to arterial graft sites does not reflect clinically relevant disease activity or progression.

Available evidence supports the use of PET/magnetic resonance imaging (MRI) on clinic routine and research; with a strong focus on oncology. Very few studies have focused on FDG-PET/MRI in LVV. Because Among 12 patients who underwent PET/MRI; maximum standardized uptake value (SUVmax) and visual scores did not differ between PET/MRI and PET/CT. In a recent retrospective study; 14 patients with aortitis and 14 patients without aortitis underwent 18F-FDG for the evaluation of inflammatory aortic involvement. All patients are image at 3 T using T1W VIBE pre- and post-contrast in order to compare these two imaging techniques. But The results demonstrate that T1W VIBE MRI of the aorta detects vessel wall inflammation in a comparable number of patients with LVV in relation to 18F-FDG PET. Therefore, the use of PET/MRI for LVV diagnosis and follow-up remains to be determined.