PET/CT Staging Prior To Radical Prostatectomy In Prostate Cancer Patients 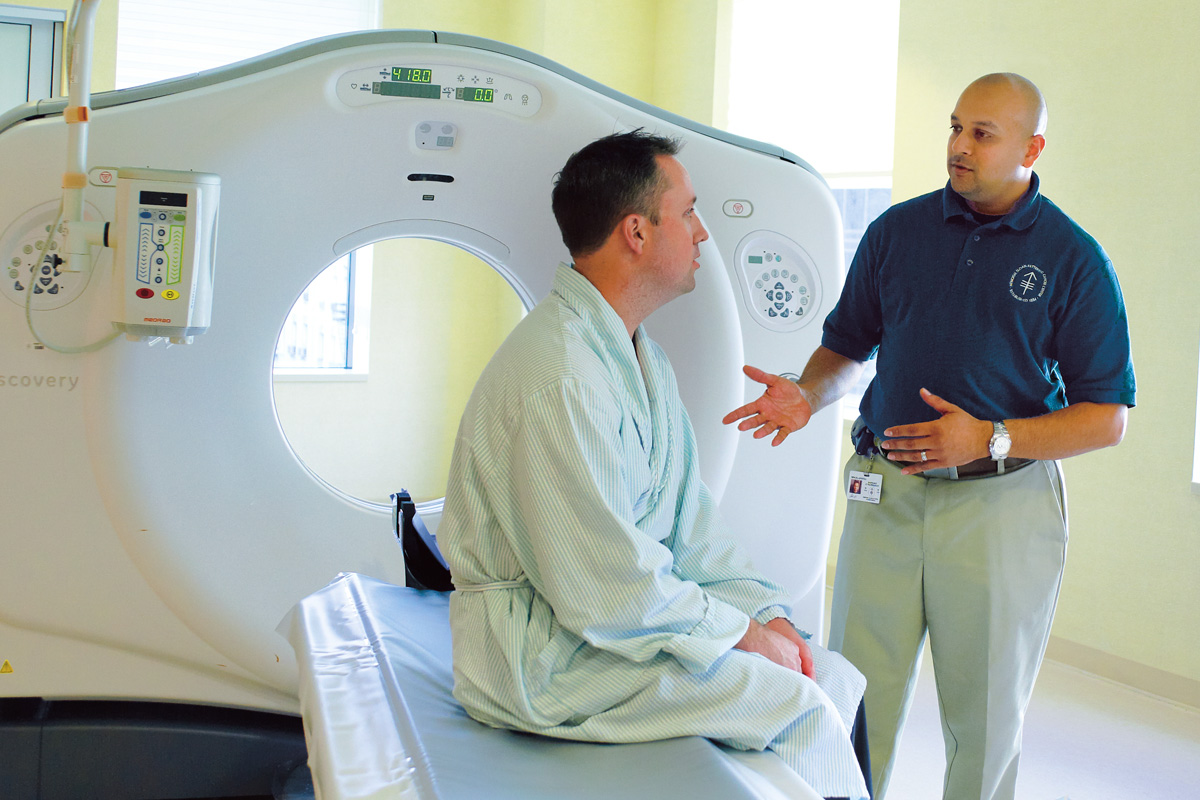 To determine the predictive and diagnostic value of 68Ga-HBEDD PSMA-11 PET/CT (PSMA) for surgical response in males with prostate cancer prior to radical prostatectomy.

Prostate cancer (PCa) is the most commonly diagnosed cancer amongst men in Australia leading to considerable morbidity and mortality1. Radical prostatectomy (RP) is the most widely used treatment for localized PCa. However, up to 14-34% of men do not have a biochemical response to RP and a multimodality approach is required. Lymph nodal (LN) Involvement, pathological tumor (PT), and seminal vesical involvement(SVI) are poor prognostic indicators of initial response to RP3. 68Ga-PSMA PET imaging has emerged as A potential tool for staging men before curative treatment.

This study aims to evaluate detection rates for extraprostatic disease in addition to the diagnostic value of PSMA as a staging tool for men undergoing RP. Furthermore, this study seeks to evaluate 68Ga-PSMA PET’s usefulness in the pre-operative setting to guide clinical decision making as well as its predictive value in stratifying patients into those who will best respond to surgery as their primary curative treatment.

97.9% (139/142) of males had positive intra prostatic findings on PSMA. 14.1 % (20/142) of men had further sites of extraprostatic disease identified on PSMA PET. In males with disease confined to the prostate, 82.9 % (92/111) achieved an SR, compared to 28.6 % (4/14) in men with extraprostatic disease identified (lymph node positive and distant metastatic disease) (p < 0.001). On binary logistic regression, PSMA had a superior predictive value for SR than Gleason score, PSA (at time of imaging) or pT stage. MRI was less sensitive and more specific for seminal vesicle involvement (SVI), and less painful for nodal involvement.

Extraprostatic disease identified on staging pre-operative PSMA PET is independently predictive of a poor surgical response to RP and may indicate a need for a multimodality approach to treatment.This is one of the first studies to correlate the PSMA PET's staging capacity to prostate cancer patient's outcomes to radical prostatectomy and indicates it's potential in predicting which patients will benefit from radical prostatectomy.