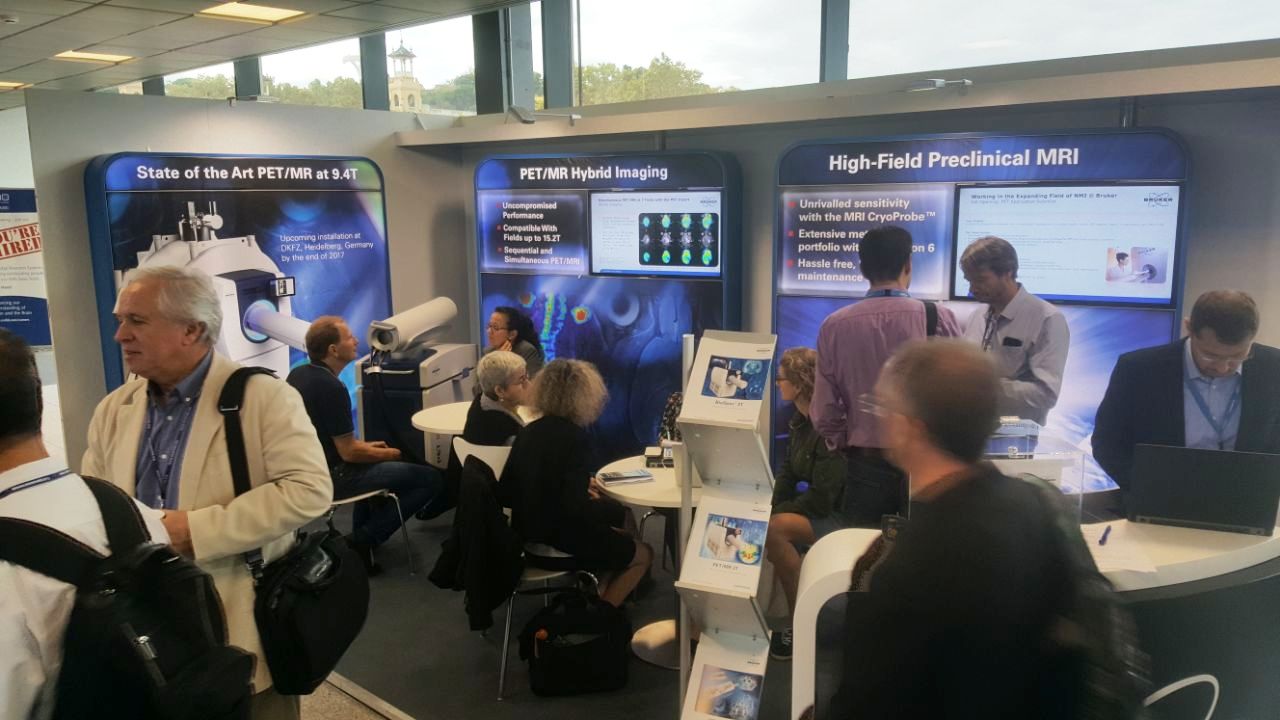 The study find that the magnetic iron oxide NPs are nowadays used as potential multimodal imaging probes such as PET/MRI, MRI/ultrasound (US),MRI/computed tomography (CT), or PET/near-infrared fluorescence/MRI. Therefore It can be highly beneficial to combine PET with MRI. PET is highly sensitive and particularly well suited for molecular imaging. The simultaneous use of MRI and PET imaging leads to high spatial resolution, high sensitivity, high technical maturity, and low radiation doses.

Thus, a radiolabeled MRI probe such as radiolabeled SPIONs may show great potential as an innovative; powerful, and promising tool to enhance the noninvasive diagnosis and treatment of patients. Iron oxide NPs have been study and modify to develop multifunctional contrast agents with high biocompatibility; and stability over a wide range of pH. They should satisfy several requirements such as a good long-term stability; a high efficiency for imaging or drug delivery; and nonspecific interactions between the NP surface and the biological media. Many strategies have been develop to improve these characteristics. They consist in the grafting of electrostatic and/or steric agents on the surface of the NPs.

Some studies reported that catechol derivatives such as LDOPA, dopamine; and nitrodopamine have a strong affinity to metal oxides and can be use as a platform to graft other molecules such as poly(ethylene glycol) (PEG) and acyclic chelators; owing to their multiple functional groups (−NH2, −COOH, −OH). Macrocyclic bifunctional chelating agents can also be advantageously use because they form more stable complexes with radiometals used for PET imaging, thus preventing transchelation or transmetallation phenomenon.

Different shapes and sizes of macrocycles are use to complex various metallic radioisotopes such as  64Cu2+, 67/68Ga3+, 111In3+, etc. For examples; the most widely use macrocyclic derivatives are those of the 1,4,7,10-tetraazacyclododecane-1,4,7,10-tetraacetic acid and the one of 1,4,7-triazacyclononane-1,4,7-triacetic acid know as DOTA and NOTA respectively. However; only a few PET/MRI bimodal imaging contrast agents based on iron oxide NPs have been developed. Patel et al. Reported a PET/MRI imaging contrast agent using iron oxide NPs coated with DOTA to chelate Cu2+ Lee et al. developed a tumor-specific iron oxide probe for early clinical tumor detection using PET/MRI multimodal imaging. More recently; Rosales et al.

used a different strategy by developing functionalized bimodal PET/MRI NPs including molecules containing dithiocarbamate groups (sulfur derivatives of carbamate functions) aiming at the chelation of 64Cu. This radioactive isotope is a very good candidate for PET imaging owing to its 12.7 h half-life; which allows to record images and until 24 h after injection. In our study; we aimed to develop for the first time a dual PET/MRI imaging ;nanoprobe based on SPIONs initially synthesized and modified by LDOPA under continuous hydrothermal conditions. In a second step; NPs were conjugated with PEG (MW = 2000 Da) and to a promising macrocyclic chelator 2,2,2-(2-{[2-(4-isothiocyanatophenyl)acetamido]methyl}-1,4,7-triazacyclononane-1,4,7-triyl)triacetic acid (p-NCS-Bz-MANOTA) to complex 64Cu2+.