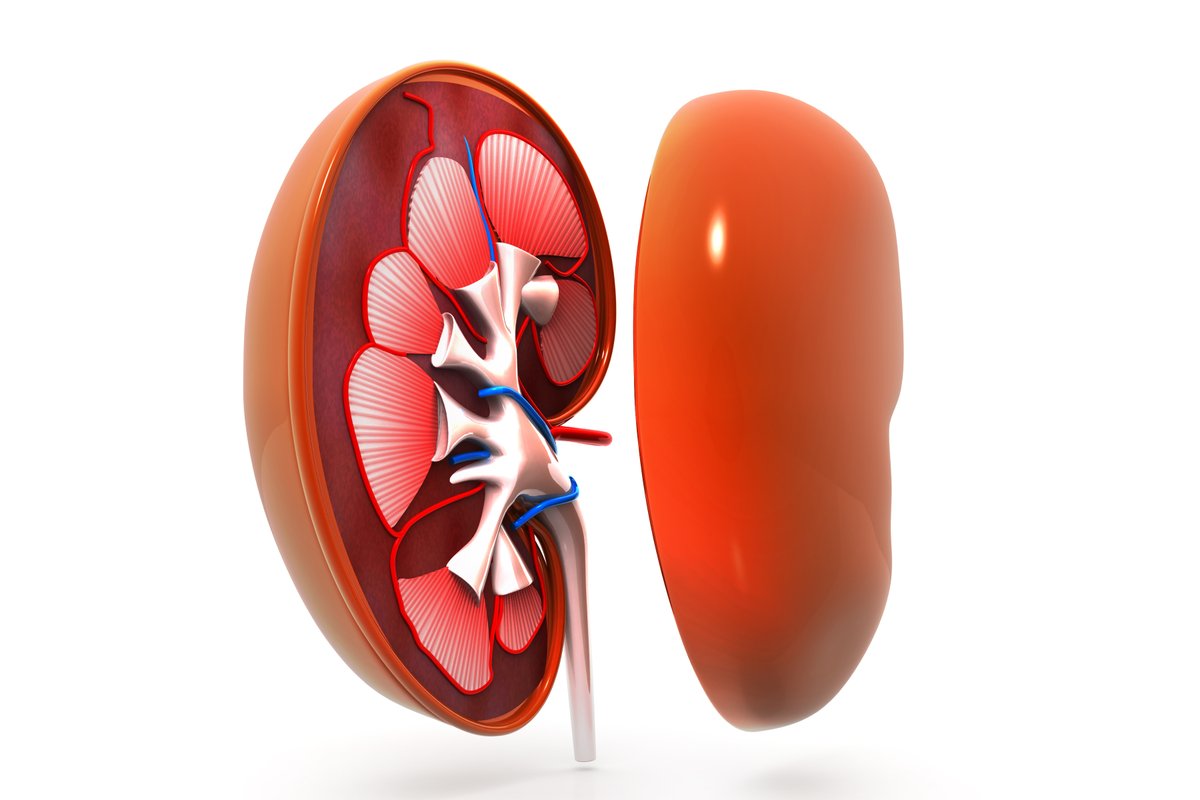 ASP8232, a novel inhibitor of vascular adhesion protein-1 (VAP-1), reduces the urinary albumin-to-creatinine ratio in patients with type 2 diabetes and chronic kidney disease, according to results from the ALBUM trial

Dr. Dick de Zeeuw of the University of Groningen, in the Netherlands, and colleagues investigated the efficacy of ASP8232, compared with placebo, in reducing albuminuria after 12 weeks of treatment in their phase 2 proof-of-concept trial in 120 patients with type 2 diabetes and chronic kidney disease.

At week 12, the mean improvement in log-transformed first-morning-void urinary albumin-to-creatinine ratio (UACR) from baseline, the primary endpoint, was significantly greater in the ASP8232 group (a 17.7% reduction) than in the placebo group (a 2.3% increase), the team reports in The Lancet Diabetes & Endocrinology, online November 6.

In contrast, the change in 24-hour albuminuria from baseline to week 12 did not differ significantly between the groups, and similar proportions of patients in the ASP8232 group (37%) and placebo group (22%) achieved 30% or greater reductions from baseline in first-morning-void UACR (P=0.109).

"In view of the high unmet need for renal protection in patients with diabetic kidney disease and the large variability in response to, and toleration of, existing therapies, an alternative treatment option with a novel mechanism could provide added clinical benefit for patients," the researchers conclude.

"Future studies investigating the effect of ASP8232 on endpoints related to eGFR or hard renal outcomes (e.g., dialysis initiation) are warranted to verify whether the drug delays progression of diabetic kidney disease."

Dr. Kamyar Kalantar-Zadeh of the University of California, Irvine, in Orange, who co-authored an accompanying editorial, told Reuters Health by email, "The improvement in proteinuria was quite impressive. There may be more medications that can help slow CKD progression." He added, "The synergy or additive effects of these medications with the low-protein diet that also slows CKD progression rate needs to be examined."

"Larger trials with longer follow-up are needed to assess the decline in eGFR during the 12-week treatment period in the ASP8232 group, as are phase 3 trials to assess the long-term renal, cardiovascular, and metabolic effects of this promising drug," his editorial concludes.

Dr. Masaomi Nangaku of the University of Tokyo Graduate School of Medicine, who has researched the role of VAP-1 in renal ischemia-reperfusion injury, told Reuters Health by email, "The most important finding is that ASP8232 is effective in reducing albuminuria in patients with diabetic kidney disease. This emphasizes a pathogenic role of oxidative stress in diabetic kidney disease (DKD)."

"This drug should be useful in the management of DKD patients treated with the current standard therapy (renin-angiotensin system blockade), but we need to confirm the additive effect of this drug to SGLT2 inhibitors," he said. "As the mechanism of beneficial effects is different, it is likely that the effect is additive."