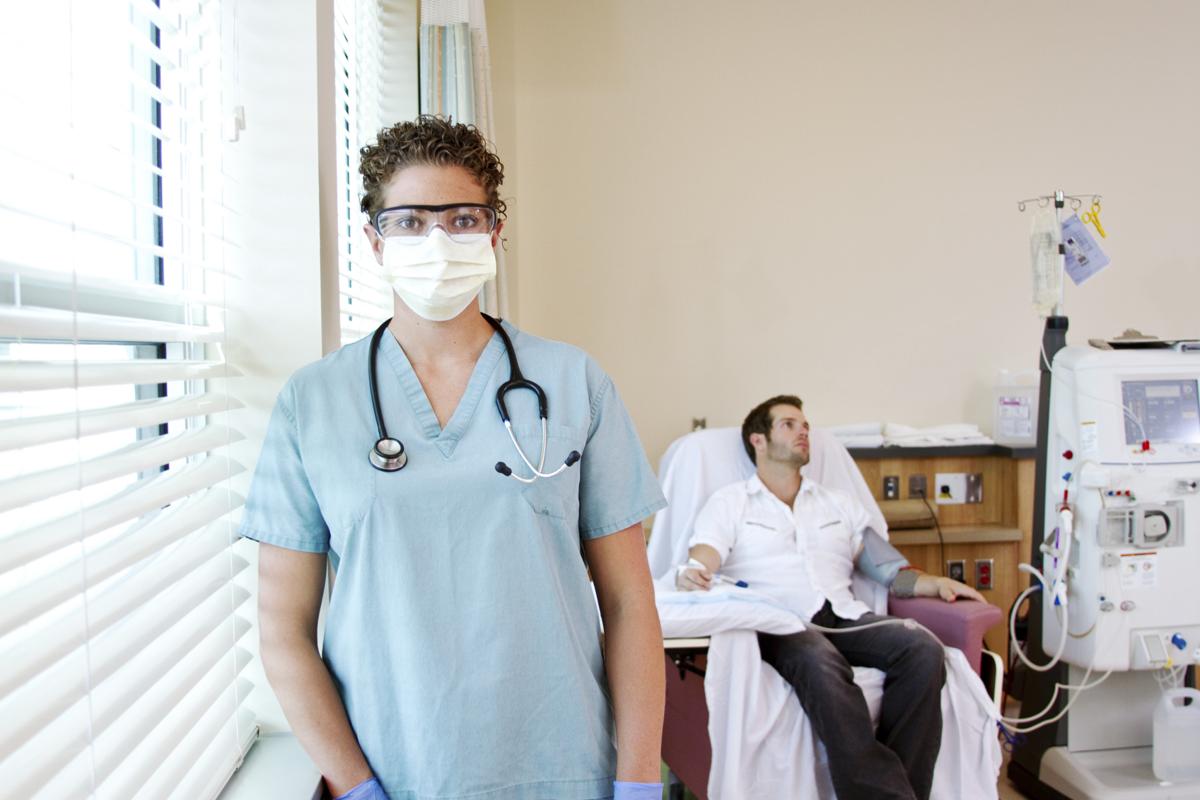 Eric K. Peden, M.D., chief of vascular surgery at Houston Methodist DeBakey Heart & Vascular Center, says the WavelinQ endoAVF System by Becton Dickson allows vascular surgeons to create a connection between an artery and vein for people with severe kidney disease using a technique involving magnets. The system was recently approved by the Food and Drug Administration and is showing promising early results.

"We make one small puncture in the artery and another small one in the vein," Peden said. "Two magnets attached on the end of a catheter pull the artery and vein together and the device uses radio frequency to create a hole between the two and make the connection."

Peden says creating this connection is normally done surgically by making an incision in the forearm and suturing an artery and vein together. This permits blood to flow directly into the vein; increasing the amount of blood flow through the vein and causing the vein to grow.

The larger vein allows the right amount of blood flow for a patient to receive sufficient dialysis treatment. Creating and maintaining this connection for patients with dialysis is crucial for them to be able to undergo life-sustaining dialysis.

He adds one of the problems with the open surgery is when the vein and artery are sutured together it sometimes creates an inflammatory response in the vein causing the connection to fail to develop adequately for dialysis. People who undergo this procedure are most at risk of this occurring than in any other surgery involving a vein and artery. This can lead to additional surgeries.

"So far, this new technique seems to decrease the risk of this happening, presumably because there is less surgical manipulation and trauma to the area," Peden said.

Parts of this new system were introduced by creator William Cohn, M.D. at the 2004 Pumps & Pipes, a one-day event involving Houston Methodist, Exxon-Mobil, NASA and the University of Houston, where each of these industries examines how they can use what is in each other's toolkit.

"This story reflects the life cycle of medical device development, from pre-clinical testing to clinical trial, FDA-approval and finally physician training," said Alan B. Lumsden, M.D., chair of cardiovascular surgery at Houston Methodist DeBakey Heart & Vascular Center. "We have built systems that allow us to participate in all phases of this process."

Peden believes this new technique will benefit many of the nearly 470,000 people in the United States that go through dialysis treatment two to three times a week.

"The hope is that fewer complications and surgeries will make the dialysis process a better one for people suffering from severe kidney disease," Peden said.