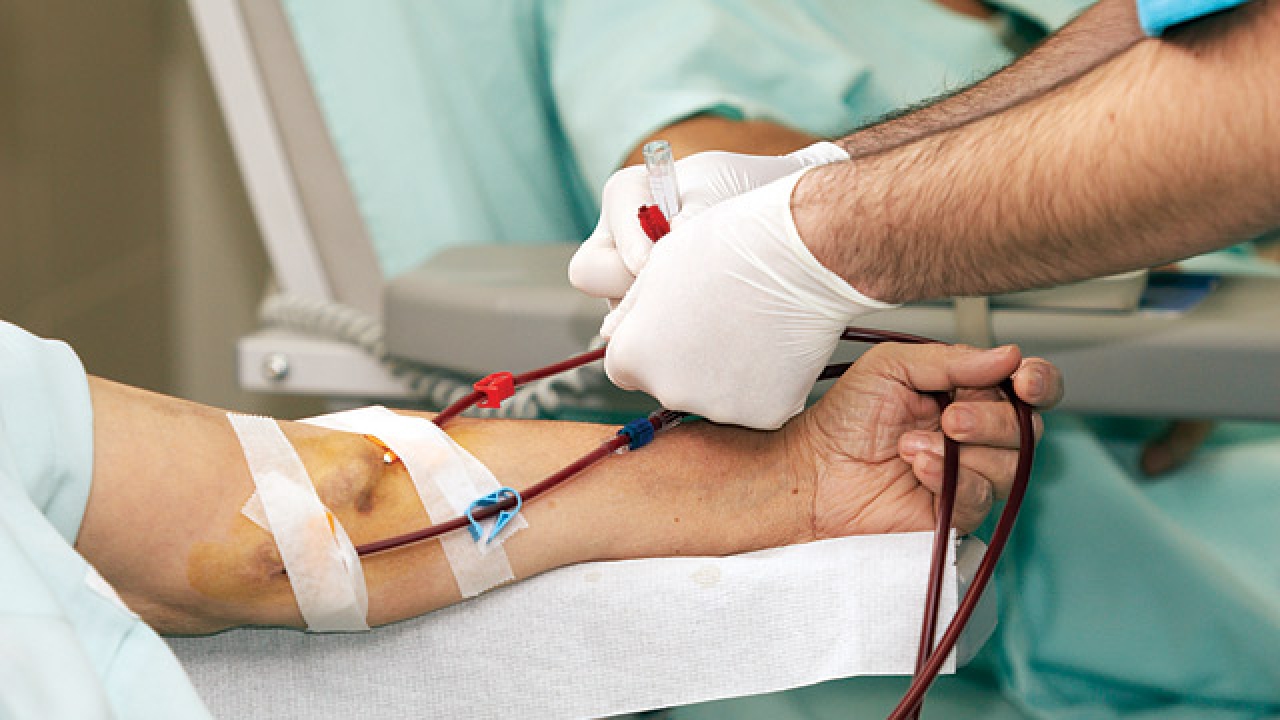 Long-term hemodialysis is a lifesaver for approximately half a million patients; in the US with kidney failure (also known as end-stage renal disease, or ESRD); who are either waiting on or unsuitable for a kidney transplant. But before the external machinery can take over the function of the kidneys filtering and cleansing wastes from the blood; a minor surgical procedure is need to create a stable; functional and reusable access to the circulatory system, usually through blood vessels in the arm.

Two surgical methods for creating this “vascular access” are available, one overwhelmingly prefer whenever possible for its better durability; performance and safety. However, in a study using Medicare claims data; Johns Hopkins Medicine researchers report that one-fifth of seasoned U.S. surgeons are statistically performing the less-preferred procedure too often; even when unnecessary, and that providing them with a peer evaluation of such performance may lead to improved practices.

The two types of vascular access procedures available for extend hemodialysis are the arteriovenous fistula (AVF) and the AV graft (AVG). The AVF is made by connecting a vein, most often in a patient’s arm; to a nearby artery. Over a period of two to three months, this bridge, known as a fistula; increases blood flow and pressure to the vein to enlarge and strengthen it. Once mature, the “super vein” will withstand repeat needle insertions that would collapse an untreat vessel.

In contrast, the AVG uses an artificial device, a plastic tube, to make the artery-vein connection. Because it does not require maturation, the graft can be used within three to four weeks after surgery. However, studies have shown that it is more likely than an AVF to have problems with infection and blood clots, and may need repair or replacement within a year. Additionally, according to Medicare data, the average annual cost for creating and maintaining an AVG is higher than that for an AVF—nearly $73,000 per person annually compare with $60,000.

Recognizing the distinct advantages of the fistula, the federal Centers for Medicare & Medicaid Services and ESRD treatment networks across the United States created the Fistula First Breakthrough Initiative (FFBI) in 2003 to increase the use of AVF to 50% of all vascular access surgeries performed. When that goal was reach in 2009, the AVF over AVG standard was raised to 66% in an effort to match the 60% to 90% rates in Europe and Asia.

In a bid to document progress toward that goal, and identify “physician characteristics” link to higher-than-appropriate AVG use; Johns Hopkins Medicine researchers used Medicare fee-for-service claims data for more than 85,000 adult kidney failure patients; who receive first-time vascular access surgeries between Jan. 1, 2016, and Dec. 31, 2017. They calculate an AVG rate (total number of vascular access operations divide by the number of AVG surgeries) for each of the 2,397 physicians; who perform 10 or more procedures either AVF or AVG during that time.

While the median, or midpoint, rate for the whole group was 18.2% (meaning that the median rate for AVF surgeries was 81.8%); there were a significant number of outliers.”We found that 498 physicians, approximately 21% or 1 in 5; perform AVG surgeries in more than 34% of their total cases,” Hicks says. “This means that they fail to meet the 66% or higher FFBI target standard for AVF use.”

The study indicated that most of the physicians associate with high AVG use rates; including some who were using AVG in more than 80% of their cases had long-established practices; were locate in a metropolitan setting and specialize in vascular surgery more than general surgery.

“Since the FFBI best practice guidelines have only been around since 2003, perhaps older physicians are simply less familiar with them and have continued ‘doing business as usual,'” Hicks says. “Or they may just be seeing more complex cases and believe that fistula access is less suitable. In either case, we believe that more education and targeted intervention; using peer-to-peer evaluations that urge a change in practice may help address the problem, because that approach has worked before.”

Another Johns Hopkins Medicine study recently report that a “Dear Colleague” performance evaluation letter; successfully convince physicians nationwide to reduce the amount of tissue they remove in a common surgical treatment for skin cancer to meet a professionally recognize benchmark of good practice.

Hicks says that the research team hopes to conduct such an intervention in a future study and document; its impact on improving behavior for vascular access surgery. The AV fistula versus graft study is part of a larger Johns Hopkins Medicine effort to develop; establish and disseminate quality measures that will capture the appropriateness of care and help reduce low-value care in favor of a more patient-center approach.

“By identifying practices that are not in the best interest of the patient and providing interventions to address them; we can help physicians who are outliers, and in turn, improve the quality of care for the hundreds of patients each one treats,” says Martin A. Makary, M.D., M.P.H., co-author of the study; professor of surgery at the Johns Hopkins University School of Medicine and an authority on health care quality. “Physicians, for the most part, want to do the right thing, and measures of appropriateness can help guide them.”