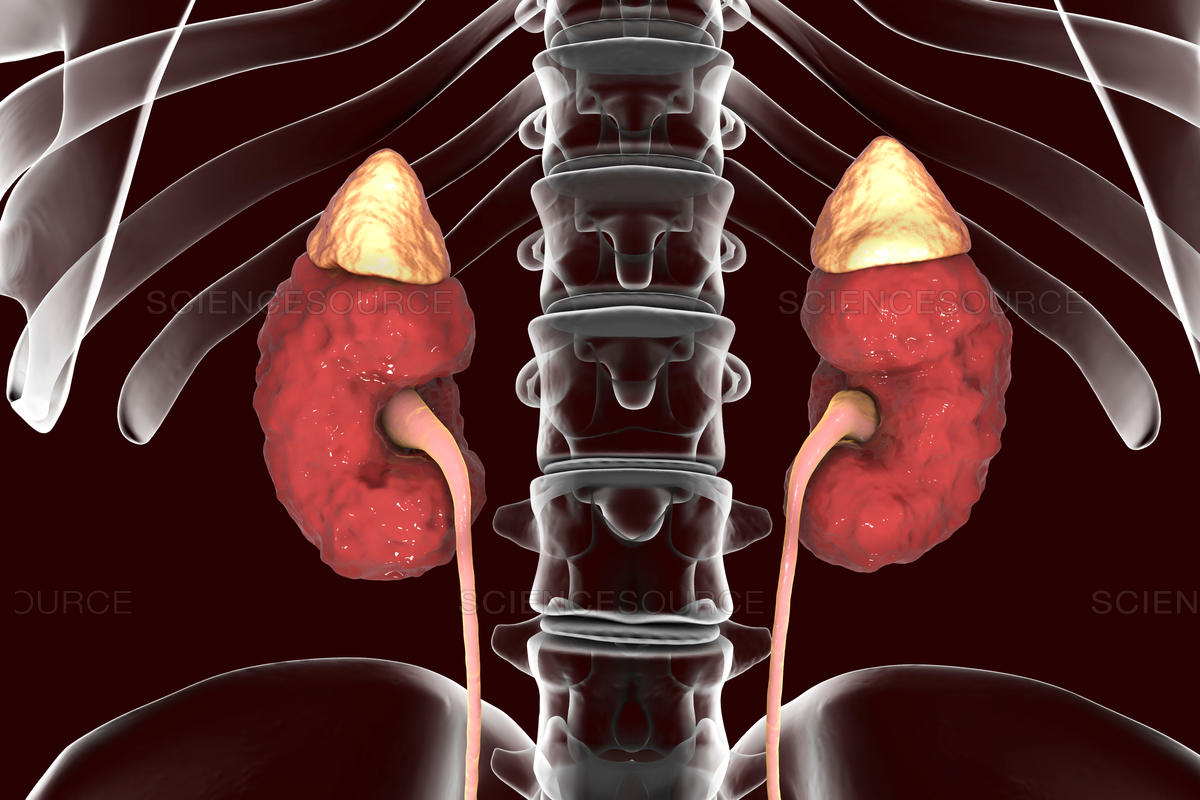 A new study has found that genes cause about 1 in 10 cases of chronic kidney disease in adults, and identifying the responsible gene has a direct impact on treatment for most of these patients.

Our study shows that genetic testing can be used to personalize the diagnosis and management of kidney disease and that nephrologists should consider incorporating it into the diagnostic workup for these patients," says Ali Gharavi, MD, chief of nephrology at Columbia University Vagelos College of Physicians and Surgeons, and a co-senior author of the study.The findings were published on December 26 in the New England Journal of Medicine.

And because kidney disease is often silent in the early stages, some patients aren't diagnosed until their kidneys are close to failing, making it more difficult to find the underlying cause." DNA sequencing has the potential to pinpoint the genetic culprits but has not been tested in a wide range of patients with chronic kidney disease.  "Research study identifies chronic kidney disease as the most common adult disease

Outside of cancer, for which genomic testing has been demonstrated as clinically essential," says David Goldstein, Ph.D., director of Columbia University's Institute for Genomic Medicine and a co-senior author of the study. In this study, researchers used DNA sequencing to look for genetic kidney disorders in 3,315 individuals with various types of chronic or end-stage kidney disease. For 8.5 % of these individuals, clinicians had not been able to identify the cause of illness.

The researchers found a genetic disorder responsible for about 9 % of the participants' kidney problems, and DNA testing reclassified the cause of kidney disease in 1 out of 5 individuals with a genetic diagnosis. Also, DNA testing was able to pinpoint a reason for 17% of participants for whom the diagnosis was not possible based on the usual clinical workup.

DNA results had a direct impact on clinical care for about 85 % of the 168 individuals who received a genetic diagnosis and had medical records available for review. "For several patients, the information we received from DNA testing changed our clinical strategy, as each one of these genetic diagnoses comes with its own set of potential complications that must be carefully considered when selecting treatments," Gharavi says.

About half of the patients were diagnosed with a kidney disorder that also affects other organs and requires care from other specialists. A few (1.5 %) individuals learned they had medical conditions unrelated to their kidney disease, In all of these cases, the incidental findings had an impact on kidney care. "For example, having a predisposition to cancer would modify the approach to immunosuppression for patients with a kidney transplant," adds Gharavi.