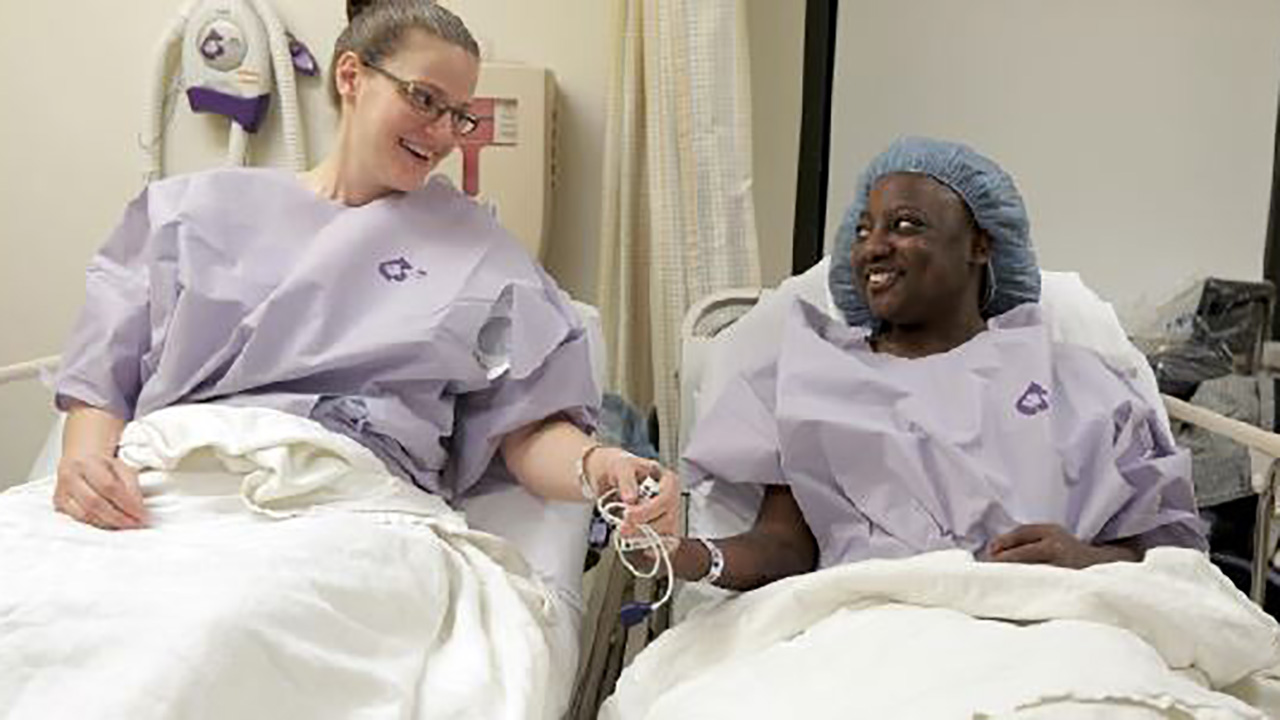 An 84-year-old Texas man recently became the oldest living kidney donor in the country after donating one of his kidneys to his 72-year old neighbor at Houston Methodist Hospital. Frank Dewhurst, who lives six houses down from Linda Nall, had known for years that his neighbor’s kidneys were failing; but it wasn’t until he saw a sign in her front yard that he decided to take action.

The sign read ‘I am type O and I need a kidney transplant. Please help me.’ So after talking it over with my wife, I told her she could have mine,” Dewhurst said. “After undergoing a number of tests I was clear to donate and very happy to do so. Nall says because Frank was the past president of Homeowner’s Association and is still very actively involve, she thought he knock on the door to tell her to take down the sign.

Dewhurst, who retire from IBM after 30 years; said he watch his neighbor struggle to even get out of her car. When he told me he want to give me his kidney, they was shock. It’s an incredible thing he has done for me and I am so grateful, Nall said. Dewhurst left the hospital within 48 hours after surgery and is already back to exercising and resuming normal activities.

More than 100,000 people are waiting for kidneys and only one out of three of these patients are transplant within three years. Nearly 5 percent of these people die every year waiting. Transplant through living donation can do in three to four months and can either prevent the need for dialysis or short the time spent on such a cumbersome therapy.

There is a common misconception that older people cannot be donors because of their age. Ibrahim said that is not true, and, in fact, more than 200 people over age 70 have become living donors in the United States since 1995. Besides Mr. Dewhurst, we have taken kidneys from an 80-year old, a 79-year old and other donors in their late 60s and early 70s,” Ibrahim said.

They receive a full workup to make sure they are physically strong enough to donate. If everything checks out, there is no reason to keep them from saving someone’s life. In 2018, 5 percent of kidney donors nationally were older than 65. If more older adults donated, fewer people would remain on the list.

Ibrahim says if you transplant an 80-year old kidney into a 20-year old and that person live to age 60, the kidney would be 140-years old. However, he said, for someone like Linda Nall, who could have spent years on the waiting list, it is perfect. I can’t wait to spend more time with family and friends and just socialize more,” Nall said. They have live a long time not being able to eat what they want to eat and do what they want to do. so they going to make the most of Frank’s generous gift and live life to the fullest. They cannot wait.