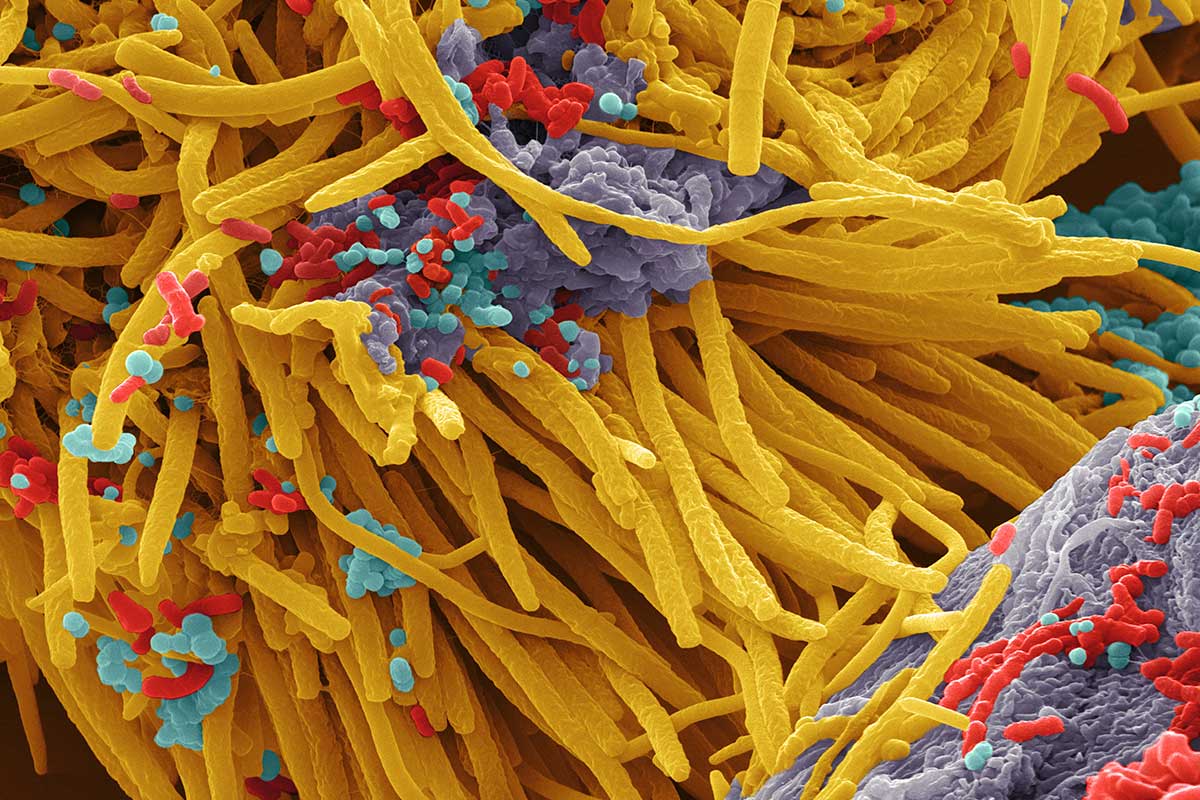 Microbial communities are groups of microorganisms that exist in a variety of environments — in the soil, in the oceans, and in our bodies. Though these communities are complex and diverse, they are able to form stable ecosystems.

Researchers have previously collaborated on a predictive model to measure microbial community stability based on an economic concept called the "stable marriage problem" as published in The ISME Journal. They recently created a mathematical model to further understand how microbial communities function and maintain stability.

Their work addresses three signature aspects of microbial communities. The first is diversity, the amount of species that coexist in the community. The second is stability, and the third is reproducibility, which is how often a particular species will be present in a community.

"In microbial communities, we cannot make this argument," Maslov said. "All the microbes, pretty frequently, are transported from one place to another, and yet you can have different sets of species in nearby patches of soil."

They found that a key ingredient in their model was a process known as cross-feeding. Microbes consume nutrients and then excrete metabolic byproducts, which return to the shared space of the microbial community and are consumed by other microbes.

"What we see in our model is the emergence of multiple levels of consumption of a nutrient," Maslov said. "Some microbes are at the top level, where they can directly access the externally provided nutrient. Some other microbes specialize in whatever is a waste product of this first microbe, and so on."

Maslov and Goyal wanted to see how many levels of consumption could coexist in a community, and found that it depends on how fast microbes grow — slow growth promotes higher diversity and a greater number of levels.

Another important factor in the community's ability to function is the maturity of the ecosystem. Mature ecosystems contain more species, and these species are more efficient in utilizing their resources. They used their model to characterize how much time is needed in order to describe a community as a mature ecosystem.