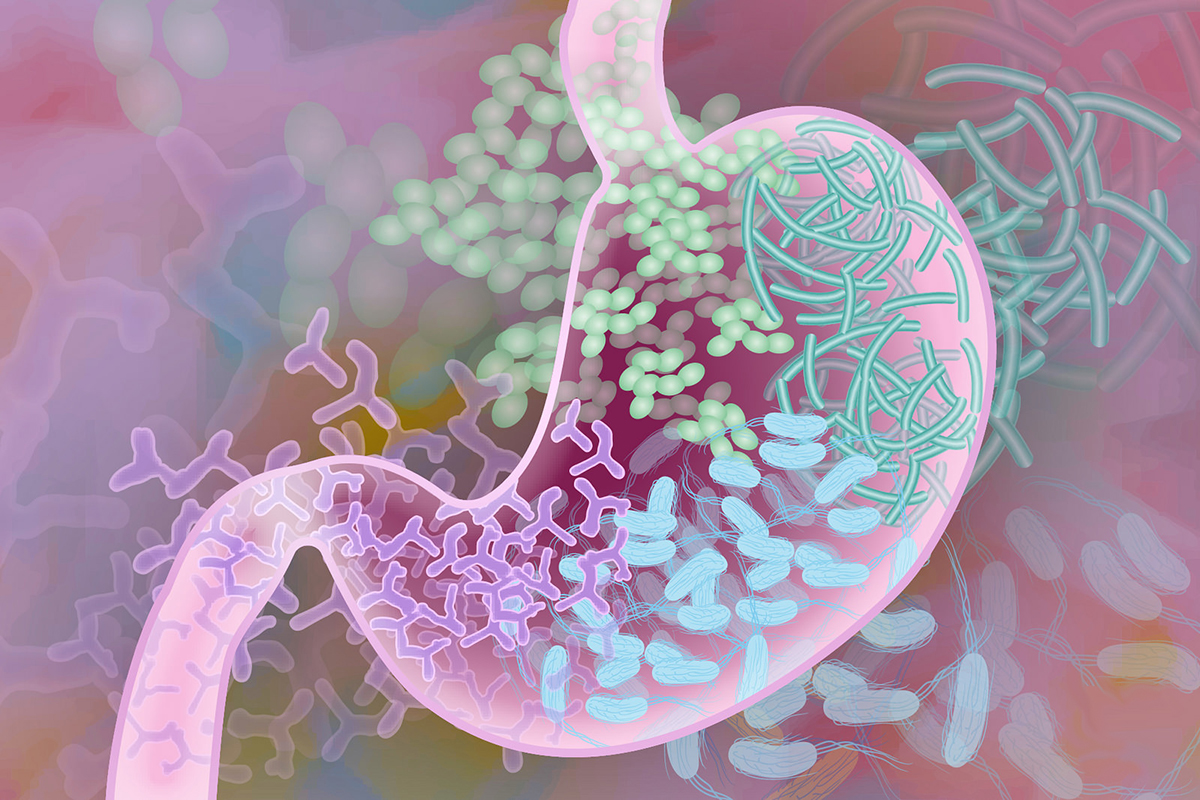 New research suggests that the gut microbiome may help prevent the development of cow's milk allergy. Scientists at the University of Chicago found that gut microbes from healthy human infant donors transplanted into mice protected animals exposed to milk from experiencing allergic reactions, while gut microbes transplanted from infants allergic to milk did not.

The work, described online in Nature Medicine, was supported in part by NIH's National Institute of Allergy and Infectious Diseases. The findings may inform research to develop microbiome-based therapies to prevent or treat food allergy.

Previous studies also revealed that some microbes are associated with a lower risk of developing food allergy, leading researchers to examine whether gut microbes of infants without milk allergy might be protective. Researchers transplanted gut microbes from each of eight infant donors into groups of mice raised in a sterile environment and sensitized to milk protein — meaning the animals' immune systems created allergic antibodies to milk.

When later exposed to milk, mice receiving no microbes or microbes from milk-allergic children produced allergic antibodies and experienced anaphylaxis, a potentially life-threatening allergic reaction. Mice receiving gut microbes from non-allergic infants had no reactions. Investigators then analyzed microbes in infant stool samples, finding many differences between the stool of infants who were allergic to milk and those who were not.

Mice transplanted with microbes from non-allergic infants also harbored a family of microbes previously found to protect against developing food allergies. Further experiments identified one microbe, Anaerostipes caccae, that prevented the development of milk allergy when transplanted alone into groups of mice.

Researchers then sampled cells along the mice's gut linings — where food allergies in mice and humans begin to develop. They found that mice that received microbes from non-allergic infants expressed different genes compared to those that did not, suggesting that microbes residing in the gut impact the host's immune system.

he researchers conclude that intestinal microbes play a critical role in regulating allergic responses to food and suggest that further research could lead to microbiome-modifying therapies to prevent or treat food allergy.