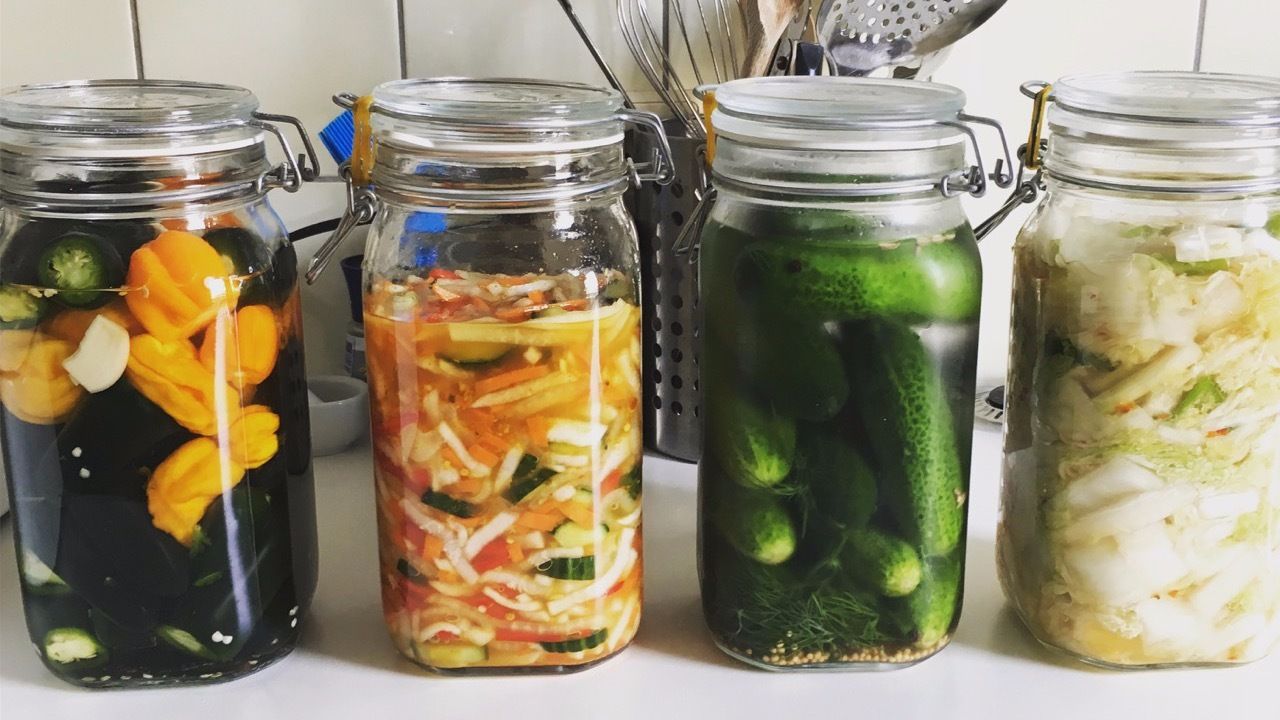 Researchers have discovered that humans and great apes possess a receptor on their cells; but fermented food detects metabolites from bacteria commonly found in fermented foods and triggers movement of immune cells. Claudia Stäubert of the University of Leipzig and colleagues report these findings in a new study published 23rd May in PLOS Genetics.

Consuming lactic acid bacteria—the kind that turn milk into yogurt and cabbage into sauerkraut; can offer many health benefits, but scientists still don’t understand, on a molecular level; why it is helpful to ingest these bacteria and how that affects our immune system. Now, Stäubert and her colleagues have found one way that lactic acid bacteria interact with our bodies. Initially the researchers were investigating proteins on the surface of cells called hydroxycarboxylic acid (HCA) receptors.

Most animals have only two types of this receptor but humans and great apes have three. The researchers discovered that a metabolite produced by lactic acid bacteria, D-phenyllactic acid, binds strongly to the third HCA receptor, signalling the immune system their presence. The researchers propose that the third HCA receptor arose in a common ancestor of humans and great apes; and enabled them to consume foods that are starting to decay, such as fruits picked up from the ground.

The study yields new insights into the evolutionary dynamics between microbes and their human hosts; but opens new research directions for understanding the multiple positive effects of eating fermented foods. “We are convinced that this receptor very likely mediates; but some beneficial and anti-inflammatory effects of lactic acid bacteria in humans,” stated author Claudia Stäubert.

“That is why we believe it could serve as a potential drug target to treat inflammatory diseases,” said Stäubert. Future studies may reveal the details of how D-phenyllactic acid impacts the immune system, and whether the metabolite also affects fat cells, which also carry the third HCA receptor on their surfaces.

The interplay of microbiota and the human host is physiologically crucial in health and diseases. The beneficial effects of lactic acid bacteria (LAB), permanently colonizing the human intestine or transiently obtained from food, have been extensively reported. However, the molecular understanding of how LAB modulate human physiology is still limited.

G protein-coupled receptors for hydroxycarboxylic acids (HCAR) are regulators of immune functions and energy homeostasis under changing metabolic and dietary conditions. Most mammals have two HCAR(HCA1, HCA2) but humans and other hominids contain a third member (HCA3) in their genomes. A plausible hypothesis why HCA3 function was advantageous in hominid evolution was lacking.