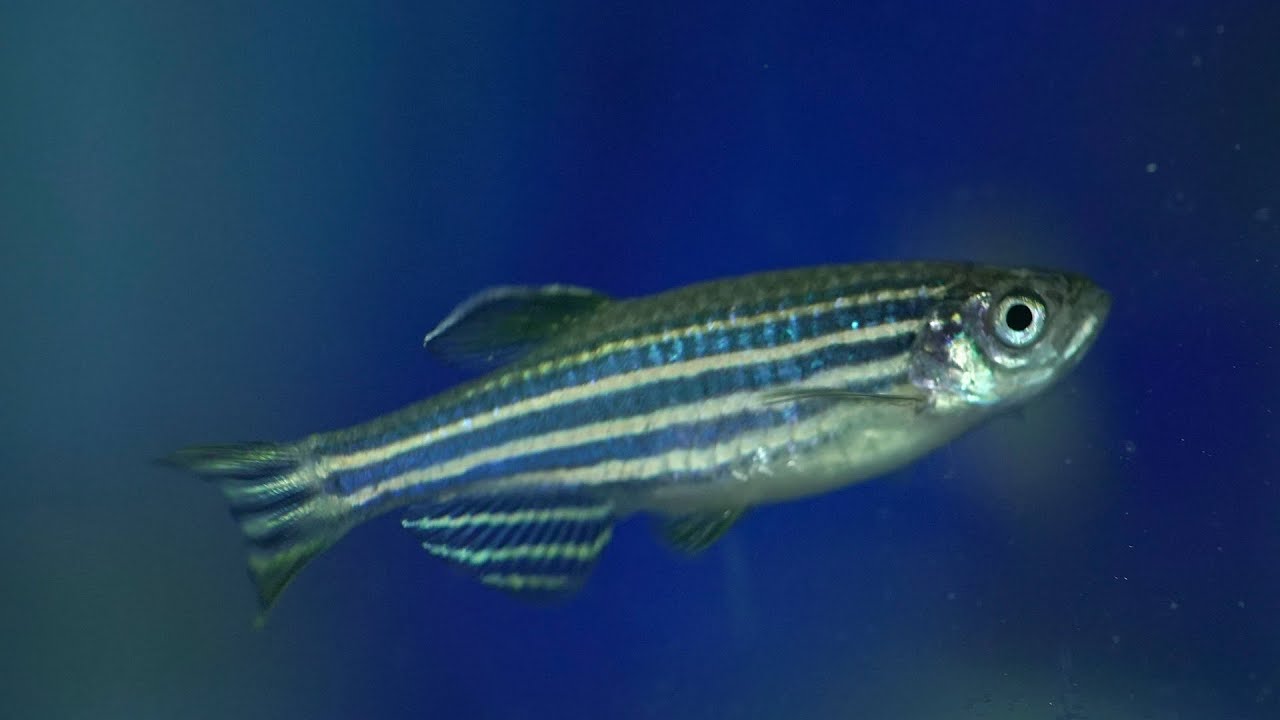 The tiny zebrafish may hold the secret to regenerating damaged retinas in humans; Vanderbilt University researchers reported last week in the journal Cell Reports. Currently there are few effective treatments for retinal degenerative diseases; such as age-related macular degeneration (AMD), the most common cause of blindness in millions of Americans over age 55. The prognosis is equally dim for another 100,000 Americans with retinitis pigmentosa. Many of them are legally blind by age 40.

MicroRNAs (miRNAs) a family of highly conserved small noncoding RNAs; that post-transcriptionally regulate gene expression and play important roles in many cellular processes during development and regeneration. The work uncovers a requirement for Dot1l downstream of miR-216a during MG dedifferentiation, proliferation, and retina regeneration.

Neurons in the zebrafish retina

Mammals cannot spontaneously regenerate retinal neurons that are lost or damage by disease. But in bony fish like the 1-inch-long zebrafish,  used as a “model organism” in biological and medical research studies; retinal damage triggers a spontaneous regenerative response that restores both retinal structure and function. Since the cells and structure of the retina conserved among vertebrates; from fish to humans, understanding how zebrafish; regenerate damaged retinas could lead to new ways to enhance retinal regeneration in people.

One key factor explored by James Patton, Ph.D., and colleagues in the Department of Biological Sciences at Vanderbilt University is a microRNA, miR-216a, which regulates the expression of Dot1l, an enzyme involved in regulating gene expression. Suppressing miR-216a, they showed, initiates the differentiation and proliferation of Müller glia (MG), the source of regenerated neurons in the zebrafish retina, in part by releasing inhibition of Dot1l.

A next step is to test whether suppressing miR-216a can induce MG reprogramming and proliferation in mammals. “Müller glia constitute an adult stem cell in the zebrafish retina and the goal is to identify pathways and genes that activated to induce similar behavior in the human retina,” said Patton, Stevenson Professor of Biological Sciences and director of the Interdisciplinary Graduate Program at Vanderbilt.

The experiments focused on miR-216a due to previous work and because they identified dot1l as a target of miR-216a. However, miR-216b also repressed during retina regeneration. Because miR-216b has a different seed sequence, it targets a different set of mRNAs (it does not target dot1l). Of note, the MO-based experiments deplete both miR-216a and miR-216b, but all of the overexpression and rescue experiments  only done with miR-216a.

It will be interesting to identify and test the targets of miR-216b and to determine the mechanisms that underlie the repression of both miRNAs because produced from the same polycistronic transcript. Here, they report the discovery of an MG reprogramming mechanism driven by the H3K79 methyltransferase Dot1l that is under the regulation of miR-216a. miR-216a repressed in response to photoreceptor loss in adult zebrafish, thereby de-repressing dot1l.