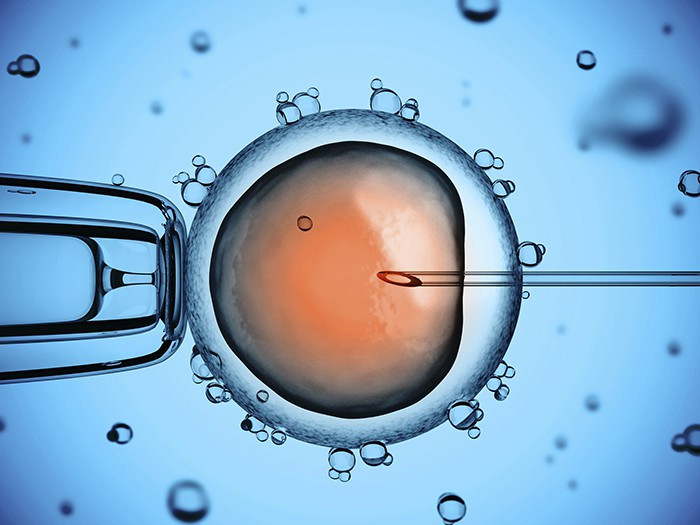 Despite advances in IVF, its success for each cycle – counted via the so-called baby take-home rate – is only 30%. But a project called SARM, led by Prof. Vermeesch, aimed to improve that figure by looking at ways to identify which embryos were unlikely to survive in the womb.

Prof. Vermeesch led the initial research. As part of SARM, he and his team wanted to find a better a way to detect those imbalances, a method they could apply in IVF to boost its chances of success.

Experiments in human fertility are constrained by ethical boundaries. The scientists worked with cow embryos because bovine reproductive systems mirror those of humans at this stage of embryonic development.

The haplotyping technology can identify whether an embryo is affected by genetic disease. To reduce the risk of transmission, clinics can decide not to transfer those embryos.

"If we can do these tests on all IVF embryos it's possible and likely that the success rate of IVF will increase," Prof. Vermeesch said. "You eliminate those embryos with chromosomal abnormalities, and you only transfer those with fewer or no abnormalities."

Dr. Barban is a scientific collaborator on Sociogenome, a project run by Professor Melinda Mills at the University of Oxford, UK, that looks at how infertility is influenced by genetics and environment. It's the first study to look at these two factors together.

Next, the Sociogenome researchers wanted to analyze the genome itself. To create their bank of data, the team persuaded 250 other scientists to share their records and formed a massive data pool—roughly 251,000 participants of European ancestry for age at first birth and 343,000 for some children ever born.

This strand of the project probed which parts of individual genes affect child-bearing. It identified 12 genetic loci or parts of the gene, that can explain around 1% of the variation in the age at which a person has their first baby—which may not seem like a lot.

The next phase, with 800,000 participants, aims to show which parts of the gene are expressed in hormones, brain activity, and other biological processes—shedding further light on why some people are more fertile than others.

All this doesn't yet answer the tricky questions of why a particular individual is infertile, but it lays the ground for a more sophisticated understanding of the causes of infertility.

"I think finding the genes that are connected with some of these biological mechanisms could be a very first step towards drug development for infertility problems," Dr. Barban said.