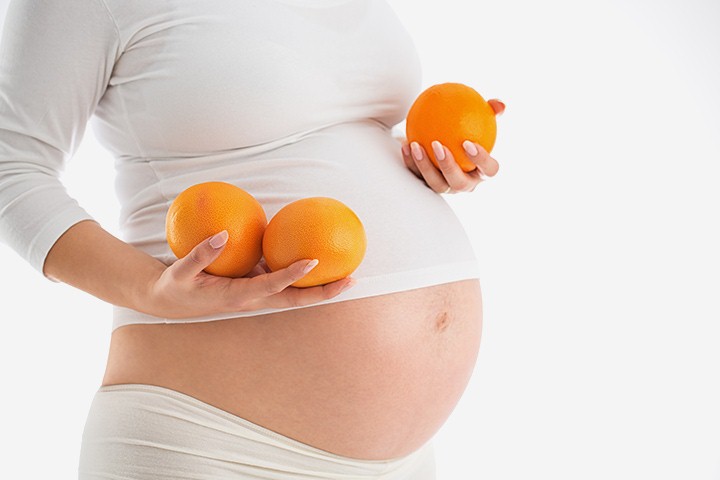 Vitamin C may reduce the harm done to lungs in infants born to mothers who smoke during their pregnancy, according to a randomized, controlled trial published online in the American Thoracic Society’s American Journal of Respiratory and Critical Care Medicine.

In “Oral Vitamin C (500 mg/day) to Pregnant Smokers Improves Infant Airway Function at 3 Months: A Randomized Trial,” Cindy T. McEvoy, MD, MCR, and her co-authors report that at three months of age, the infants whose mothers took 500 mg of vitamin C in addition to their prenatal vitamin had significantly better forced expiratory flows (FEFs). FEFs measure how fast air can be exhaled from the lung and are an important measure of lung function because they can detect airway obstruction.

The researchers also discovered an association between the infant FEFs and a genetic variant some of the mothers possessed that appeared to amplify the negative impact of nicotine on the babies before they were born.

Other studies have linked this genetic factor, specifically for the α5 nicotinic acetylcholine receptor, to increased risk of lung cancer and obstructive lung disease.

Smoking during pregnancy reflects the highly addictive nature of nicotine that disproportionately affects the most vulnerable populations. Finding a way to help infants exposed to smoking and nicotine in utero recognizes the unique dangers posed by a highly advertised, addictive product and the lifetime effects on offspring who did not choose to be exposed.”

Dr. McEvoy, lead study author, and professor of pediatrics at Oregon Health & Science University In a previous study, the authors had shown that 72 hours after birth, babies of mothers who smoked had better lung function if their mothers were randomized to vitamin C (500 mg/day) during their pregnancies compared to those born to mothers who smoked and were randomized to placebo.

That study used passive methods to measure lung function, and the authors note that FEFs provide a more direct assessment of airway function and are similar to methods used to diagnose lung disease in adults and older children.

In the current study, 251 pregnant women who smoked were randomly assigned at 13 to 23 weeks of gestation to either receive vitamin C (125 women) or a placebo (126 women).

Smoking was defined as having had one or more cigarettes in the last week. All participants received smoking cessation counseling throughout the study, and about 10% of the women quit smoking during the study.

The researchers wrote that study results support the hypothesis that oxidative stress caused by cigarette smoking reduces the amount of ascorbic acid, a component of vitamin C, available to the body.