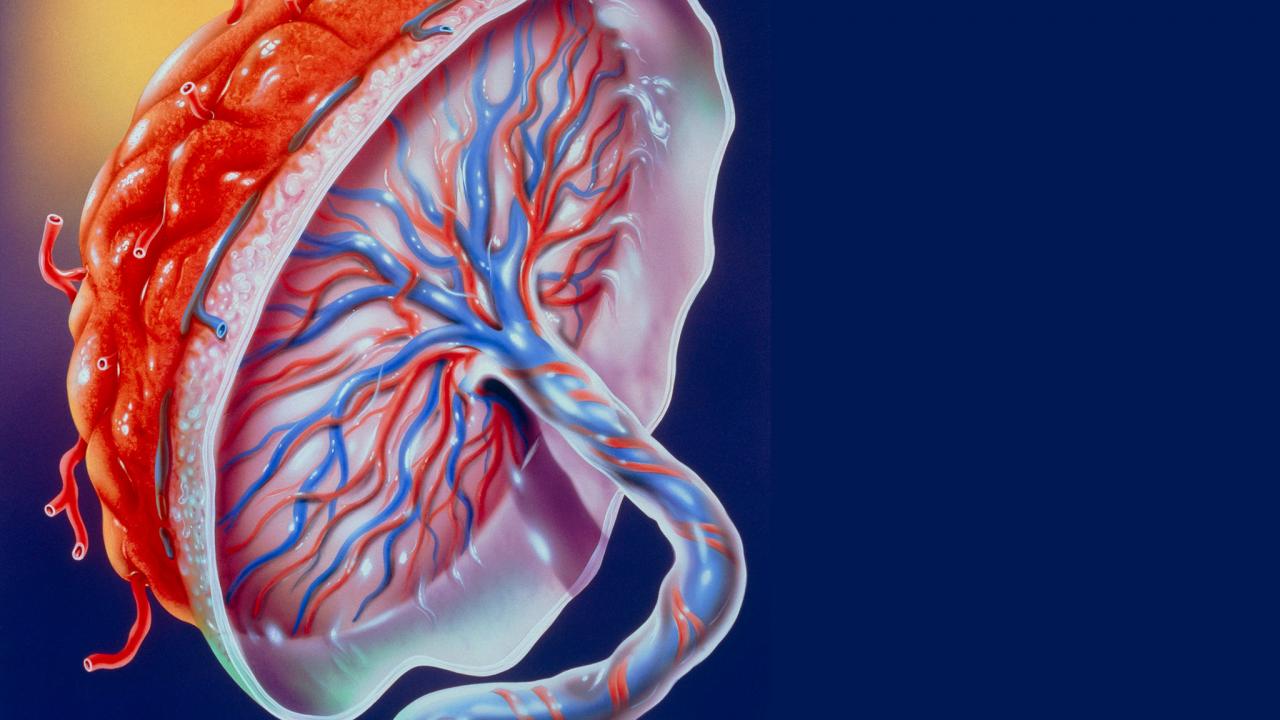 The placenta is a vital part of a successful pregnancy; providing oxygen and nutrients to a growing fetus while also getting rid of waste products. This temporary organ has long thought to influence the brains of both the mother and the fetus, but until now; no clear evidence of the purpose of that connection existed.
Studying the genes, researchers have demonstrated a functional link between the placenta and the brains of both mother and fetus; a link that allows each organ to adapt to changing conditions in the others and improve the chances of a successful pregnancy. In addition to providing a better understanding of pregnancy in women; researchers also say the results of the study could help in fighting the opioid crisis.
“The placenta is a fleeting presence in an organism’s life, but we know it plays a huge role in development,” said Susanta Behura, an assistant research professor of animal sciences in MU’s College of Agriculture, Food and Natural Resources. “They wants to know how and why the placenta communicates with the brain; they found a whole network of crosstalk happening between the placenta and the brains of the mother and fetus that changes how genes are expressed in all three.”

Behura and his colleagues first examined gene expression in pregnant on day 15 of gestation (mice pregnancies typically last about 20 days). Researchers mapped patterns of gene expression among the fetal brain; the mother’s brain and the placenta, indicating “crosstalk” between the three organs that suggests coordinated, functional interactions.

Next, in order to test whether changes in the environment of the uterus would also impact the placenta; researchers altered a gene known as Foxa2, which is also present in humans and plays a role in the regulation of the liver. Not only did these mice display changes in gene expression of the placenta, but the altered uterus also changed the expression of genes in the fetal brain.

“Evidence of the crosstalk gives us valuable information about the role the placenta plays in developing and protecting a fetus. “They saw changes in the olfactory bulbs of pregnant mice in response to changes in the placenta; which could play a role in helping the mothers perform maternal functions like pup retrieval and nest-building. In other words; the placenta could actually help the mother’s brain adapt to changing conditions during pregnancy to maintain a harmonious environment.”
The results of the study could have far-reaching applications that go beyond the study of pregnancy in women. Since opioids put pressure on the uterus and affect the fetal brain during gestation; the links identified in this study could help researchers address the impacts of the opioid crisis in North America.