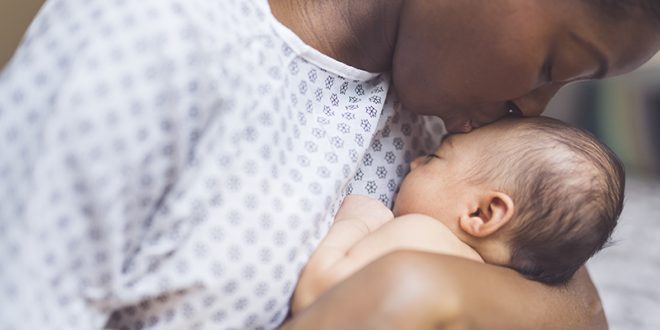 Investigators conducted a meta-analysis of 10 studies involving more than 150,000 cases of CVD among more than 3 million participants and found a 14% higher risk with parity vs. nulliparity. Moreover, when the association was analyzed concerning the number of births, the investigators found a J-shaped relationship, in which each birth was associated with a 4% higher likelihood of developing CVD, regardless of factors such as body mass index (BMI), diabetes, hypertension, smoking, and income levels.

Each live birth was associated with a 5% higher risk for coronary heart disease (CHD) and a 4% higher risk for stroke. "We think doctors could play a role in the dissemination [of these findings] for women patients," study author Dongming Wang, MD, of the Department of Occupational and Environment Health, School of Public Health, Tongji Medical College, Huazhong University of Science and Technology, Hubei, China, told Medscape Medical News.

"The doctors could tell them that ever-parity is related with CVD risk and there is an association between some pregnancies and risk for CVD," he said. The study was published online December 19 in the European Journal of Preventive Cardiology. "Many studies have shown that reproductive factors may affect women's health in later life, and parity as an important reproductive factor has also been shown to play an important role in the development of CVD," Wang said.

The association, however, "remains controversial, given the inconsistency of previous findings. Thus, we aimed to conduct a meta-analysis of cohort studies to quantitatively assess the association between parity and CVD risk," he reported. To investigate the question, the researchers searched PubMed and Web of Science to identify studies on parity and CVD risk through June 7, 2018. They used the search terms "cardiovascular disease," "coronary heart disease," "ischemic heart disease," and "stroke."

Studies were required to have a cohort design, with parity number as the exposure of interest. CVD risk, rather than CVD mortality, was the expected outcome. Additionally, studies had to report relative risks (RRs) with 95% confidence intervals (CIs) for ≥three quantitative categories of parity numbers, or to provide risk estimates per live birth. To analyze dose and response, the researchers assigned the median or mean parity number in each category to the corresponding RR for each study.

From a total of 4746 citations identified in the initial literature search, the researchers included ten cohort studies (all published between 1987 and 2018) in the meta-analysis. Of these, nine studies (13 records) analyzed parous vs. nulliparous women, and eight studies (11 documents) included the dose-response analysis of parity number.