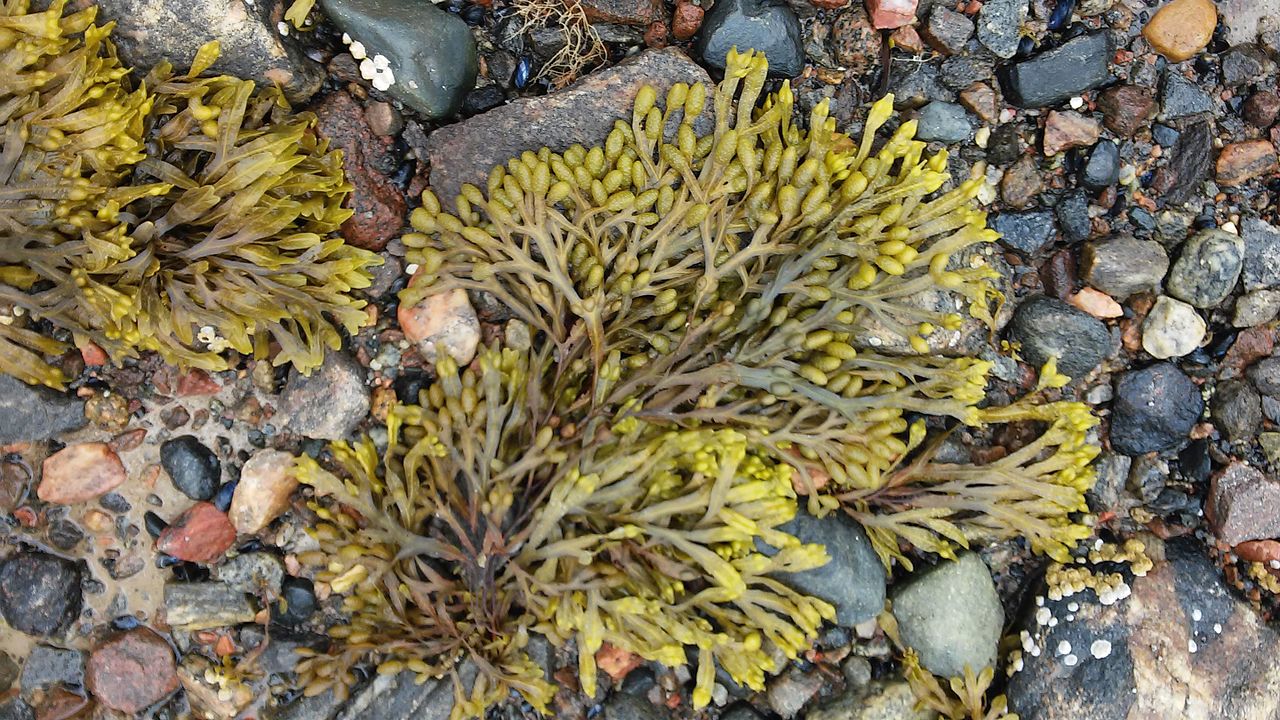 The Ecklonia and Fucus

As well as algae belonging to the genera Cystophora, Ecklonia and Fucus, are examples of marine brown algae that have been reported as good sources of phlorotannins with promising health benefits including antioxidant, anti-inflammatory; antibacterial, anticancer, antidiabetic and anti-obesity properties. For this reason, during recent years, many researchers have raised their interest in algae phenolics, triggering an exponential increase in the number of phlorotannins-related publications.
Among these algae, Fucus vesiculosus, commonly known as bladderwrack; appears as an interesting source of such compounds. This species is widespread in the intertidal areas of many cold and warm temperate regions in the Northern Hemisphere and consists of a holdfast; a small stripe; flattened dichotomously-branched blades with several air bladders that keep them afloat in a vertical position when submerged.
In the present study, a single-factor experimental approach followed by a response surface methodology; carried out for determination of the optimum conditions that maximize the extraction of phlorotannins from Fucus vesiculosus. The optimal extraction conditions established: X1 = 67% (v/v), X2 = 70 mL/g and X3 = 25 °C. Under the optimized conditions, the experimental values agreed with the values predicted by each regression equation, allowing the validation of the accuracy and predictive capacity of the model.

The optimized extract showing promising inhibitory effects against pancreatic lipase; α-amylase and particularly α-glucosidase. Improvement of the anti-enzymatic inhibitory effects was observed in the phlorotannin-purified fraction; particularly towards α-amylase; which is coherent with its higher content in phlorotannins. UHPLC-DAD-ESI-MSn analysis of this purified fraction allowed us to disclose new structural features of F. vesiculosus phlorotannins through a detailed interpretation of their fragmentation patterns.

Overall, this purified extract composed of fucols, fucophlorethols; fuhalols together with several other phlorotannin derivatives of variable degrees of polymerization, ranging from 3 to 22 phloroglucinol units. Additionally, the appearance of possible new phlorotannin compounds; tentatively identified as fucofurodiphlorethol, fucofurotriphlorethol, and fucofuropentaphlorethol also observed in this extract of F. vesiculosus; although further research is necessary to verify their structural arrangements.

Overall, this work contributes valuable insights on the phlorotannin profile of F. vesiculosus through mass spectrometry; simultaneously supporting the potential of this seaweed to be exploited as a valuable source of phlorotannins for commercial applications as novel functional ingredients for the development of functional foods, nutraceuticals or even pharmaceutical products targeting diabetes and obesity prevention.