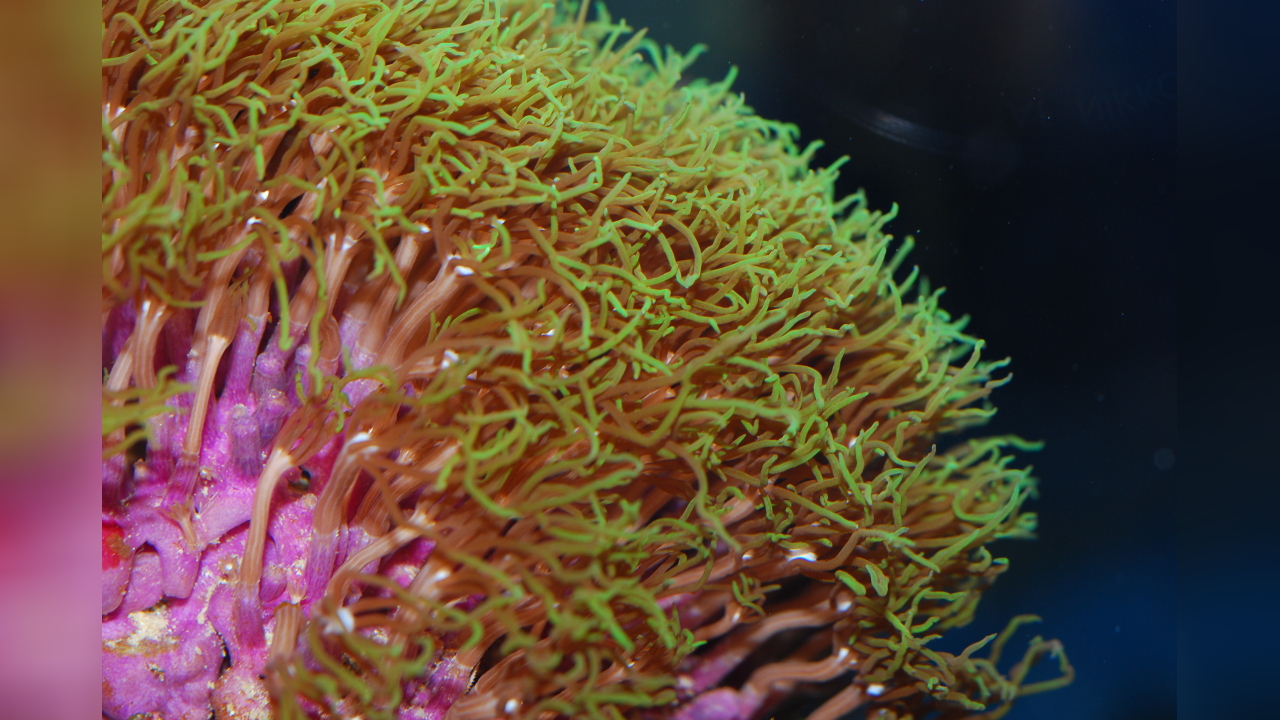 Briareum violaceum (Quoy and Gaimard, 1883) is a soft coral of the family Briareidae; which has found to contain cembrane-type diterpenoids in abundance. Diterpenoids of this type have reported to have complicated structures and possess a variety of bioactivities. Recently, in our research into the chemical constituents and properties of a cultured octocoral B. violaceum, they have isolated three previously unreported furanocembranoids briaviodiol F; briaviotriols A and B along with a known analog, briaviodiol A.
A pro-inflammatory suppression assay was employed to assess the activities of these isolated compounds; against the release of inducible nitric oxide synthase (iNOS) from macrophage cells. Briaviodiol F was isolated as a colorless oil. Compound 1 displayed a pseudo molecular ion at m/z403.20886 in the (+)-HRESIMS, which indicated its molecular formula was C21H32O6 (calcd. for C21H32O6 + Na, 403.20911), suggesting six degrees of unsaturation. Additionally, IR absorptions at 3497 and 1754 cm–1 indicated that contained hydroxy and ester groups.

In the HSQC spectrum, an sp2 carbon (δC 135.1) correlated with the methine proton (δH 5.30). This proton had 3J-correlations with H2-6 (δH 1.93–1.99, 2H, m) in the 1H–1H COSY spectrum; had 3J-correlations with C-3 and C-18 in the HMBC spectrum; further confirming the existence of a trisubstituted olefin. In light of the 1H and 13C NMR data; together with the degrees of unsaturation, as a tricyclic cembrane diterpene.

Using an in vitro pro-inflammatory suppression assay; the effects of on the release of iNOS protein from lipopolysaccharide (LPS)-stimulated RAW 264.7 macrophage cells assessed. First, Alamar blue cell viability assessment revealed that did not have significant cytotoxic effects in RAW 264.7 cells. The results of the in vitro pro-inflammatory suppression assay showed that and at 10 μM suppressed the release of iNOS to 67.7 and 61.9%, respectively, when compared with results of the cells stimulated with only LPS. Compound.
B. violaceum has demonstrated to have a wide structural diversity of interesting diterpenoids that possess various pharmacological properties. This specimen was encrusted on different species of scleractinian hard corals in the Indo-Pacific coral reef system. In our continued study of B. violaceum, three previously unreported furanocembranoids isolated; together with the previously described briaviodiol A.
In the present study, the anti-inflammatory activities assessed using inhibition of pro-inflammatory iNOS release from macrophages. The results indicated that briaviotriol A  and briaviodiol A showed the most potent suppressive effects on iNOS release.