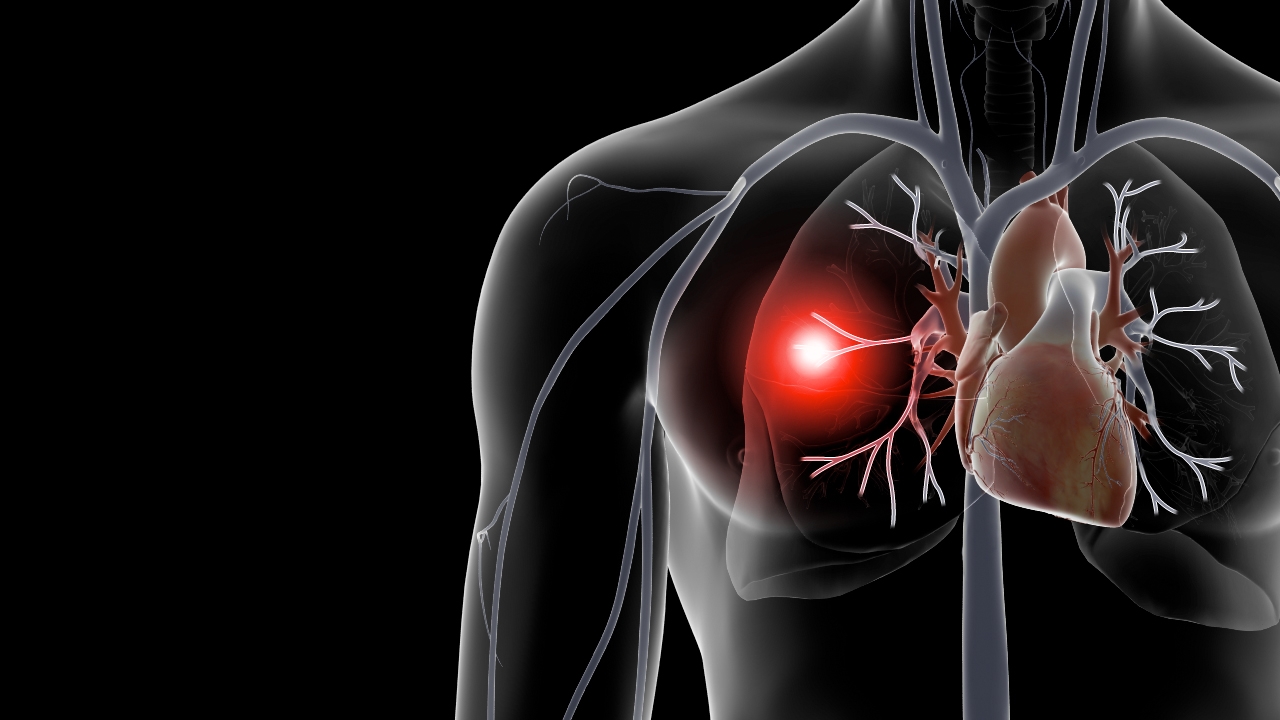 Chronic obstructive pulmonary disease (COPD), an inflammatory disease of the small airways in the lungs, affects 16 million Americans and is the fourth leading cause of death in the United States, according to the National Heart Lung and Blood Institute (NHLBI). Identifying small airway disease in its earliest stages, when it is most treatable, could potentially lead to new drug therapies for those with COPD, researchers say.

However, it has been difficult for physicians to identify abnormalities of the small airways non-invasively; the tiny bronchioles that are first damaged in COPD, which are less than 2 mm in internal diameter, are simply too small to be visualized on CT imaging, and are not well-reflected by pulmonary function tests. In a landmark study funded by the NHLBI, an international team of researchers led by Michigan Medicine confirmed the ability of a non-invasive imaging biomarker to identify small airway damage in COPD.

In the American Journal of Respiratory and Critical Care Medicine, the researchers report on the ability of a relatively new technique, called Parametric Response Mapping (PRM), to identify small airway abnormality in COPD. Invented at Michigan Medicine, the University of Michigan’s academic medical center, by Brian Ross, Ph.D., professor of radiology and biological chemistry and Craig Galban, PRM is a non-invasive technique that measures lung density during inhalation and exhalation.

The team examined lung tissue from patients with COPD undergoing lung transplantation as well as those with healthy donated tissue. Researchers then mapped those samples back to the CT scans taken before surgery.They confirmed that PRM was able to non-invasively identify small airway loss, narrowing and obstruction. This technical feat required the collaboration of large, multi-disciplinary teams of radiologists, pulmonologists, thoracic surgeons and pathologists in multiple locations across two countries, all activated around the clock due to the unpredictable nature of transplant surgery.

While these studies; performed in patients with severe disease; in another NHLBI funded study, COPDGene; the PRM-defined small airway abnormalities have detection; on CT scans of patients with milder disease and help; to predict patients who will lose lung function. Han notes, however, “We still need to validate the type of airway disease the PRM technique identifies in patients with milder disease. That type of lung tissue is more difficult to obtain; but we are working on techniques; that would allow us to use smaller amounts of lung tissue to make such studies feasible.”
Currently, there is no cure for or way to reverse COPD. Lifestyle changes; like quitting smoking, and treatment with bronchodilators and inhaled steroids can help expand airways; and reduce inflammation. Surgery to remove damaged lung tissue and lung transplantation are options for some patients; with severe disease. By helping to identify patients at risk for disease progression; PRM can serve as a non-invasive measure to aid clinical trials of new therapeutics; the researchers concluded.

“These results illustrate the importance of developing non-invasive techniques; for improving diagnostic capabilities and advancing new therapies needed to tackle this devastating disease;” says James Kiley, Ph.D., director of the Division of Lung Diseases at the National Heart, Lung, and Blood Institute. “The refinement of this; and similar approaches could also advance the study of COPD at its earliest stages of development.”