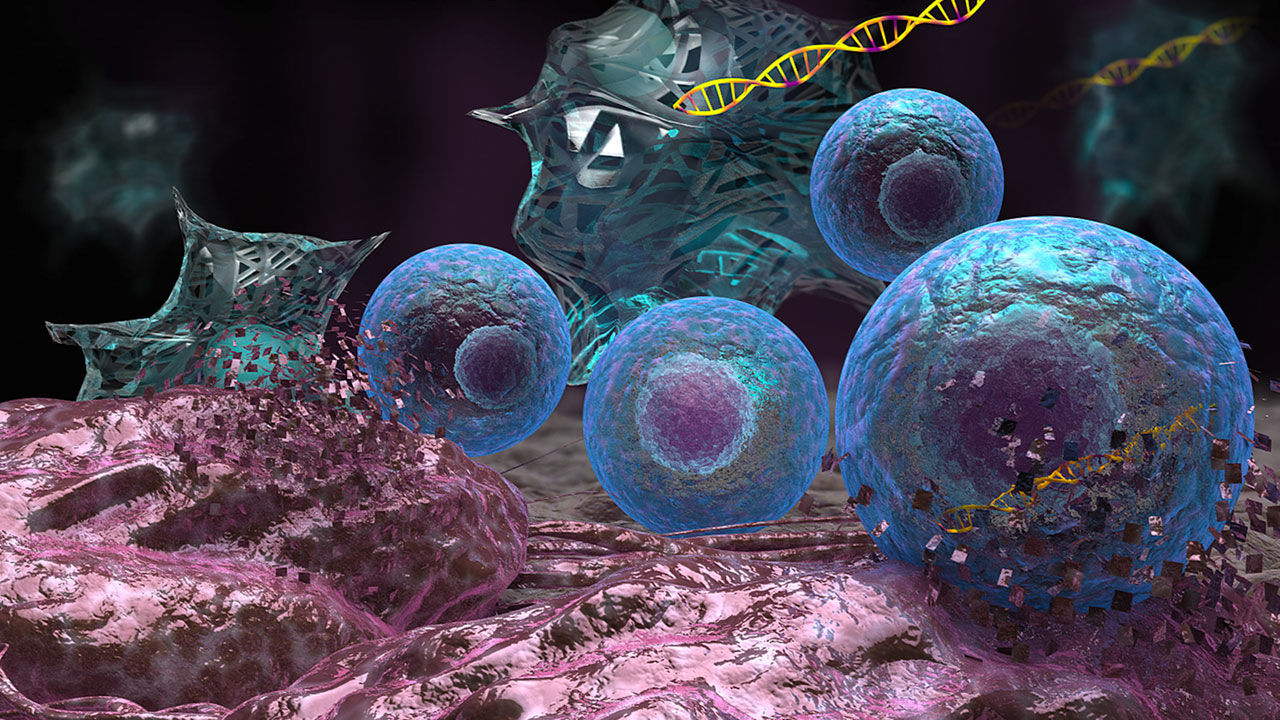 For the first time, researchers have revealed the different molecular identities of important immune cells, called T regulatory cells, using single cell genomics, in both mouse and human peripheral non-lymphoid tissues such as skin and colon. The researchers from the Well come Sanger Institute and their collaborators revealed that T regulatory cells have tissue-specific receptors and other adaptations, which allow them to move to and remain in the correct location in the body.

In future, this could allow us to understand how to target therapeutic cells to specific places in the body, for targeted treatments of autoimmune diseases for example. the study showed that mouse T regulatory cells had multiple intermediate cell states, within and between tissues. They also discovered similar patterns of gene activities in humans, revealing more detail than ever about how the immune system is regulated.
T regulatory cells  are a specialized type of immune cell that control the immune system. They dampen down the immune response to keep it in check and prevent the body attacking its own tissues. These cells are find in lymphoid tissue such as lymph nodes and spleen; and also in other non-lymphoid tissues in the body. While some differences are known about how T regulatory cells function in different tissues; understanding the “GPS system” that addresses cells to specific tissue in the body is limited.

To create a detailed picture of T cells, the researchers studied 35,000 individual cells from healthy mouse lymph nodes; spleen, skin and colon, comparing cells across the different tissues. They used single-cell RNA sequencing to discover exactly which genes are switch on in each of the cells. The researchers discovered that different tissues had different populations of cells; and revealed the changes that T regulatory cells undergo when moving between tissues.

Further analysis revealed that even within a single tissue; cells varied greatly with a continuum of cell states and regulatory activities. They also discovered that although the sequence of cell states is very similar when they migrate to different peripheral tissues such as skin and colon; cells express distinct chemokine ‘location’ receptors on their surface that act as a satnav to guide them to a specific tissues.

Tomas Gomes; joint first author from the Well come Sanger Institute; said: “This is the first time that anyone has described the huge varied spectrum of T regulatory cell populations in peripheral tissues. We can see that although these cells share the core identity of T regulatory cells; they are very different across different tissues; with different functions, and even express different receptors to guide them to a specific tissue. This is helping us understand the regulation of the immune system to keep it in a healthy balance.”

The researchers analysed Tregs from mouse tumor and non-tumor cells in specific tissues and saw they had the same gene activities. because Comparing the mouse data with Tregs from human skin; colon and blood tissues they discovered similar receptors and signalling molecules in humans.

Prof Fiona Powrie, from the University of Oxford, said: “We now know that Tregs play unique roles in different tissues; some of which are distinct from their suppressive function. By revealing the common and distinct molecular signals that support different Treg populations; our study allows a better understanding of how Tregs interact with their environment to promote tissue health throughout the body.”