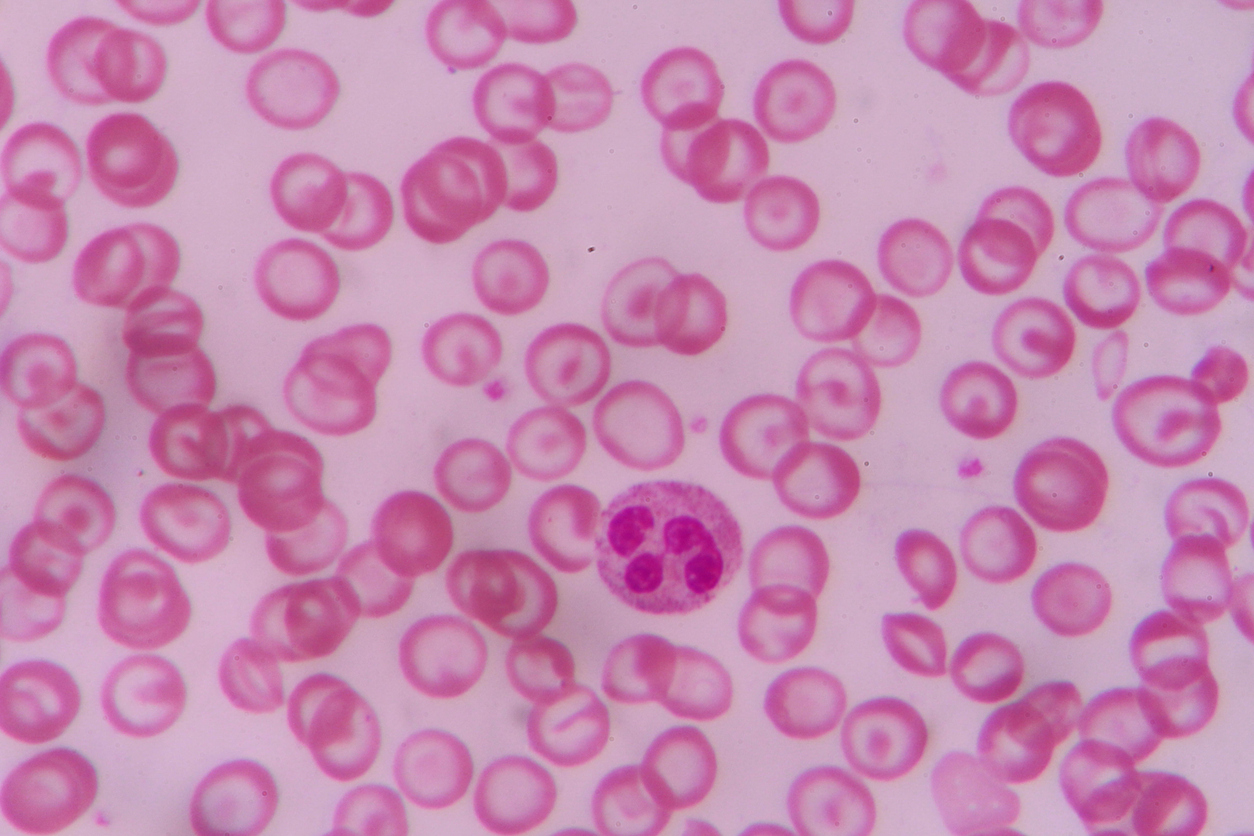 Imbalances in lipoprotein metabolism have been associated with vaso-occlusive events in individuals with sickle cell disease (SCD). The research, led by Dr. Eric Soupene in Dr. Frans Kuypers' laboratory, identified high-density lipoprotein (HDL) metabolites in SCD plasma that enhance inflammation and diminish the effectiveness of current therapies. This study has been published in Experimental Biology and Medicine.

The patients with SCD contain mutated hemoglobin, abnormalities in cholesterol metabolites, and other plasma components. In SCD, the red blood cells (RBCs) become inflexible and adhere to the walls of blood vessels and limit the delivery of oxygen to cells and tissues. The defects in plasma components exacerbate vaso-occlusive events. Replacement of the sickle RBCs with normal RBCs is the only treatment, but that does not improve defects in the plasma components. Thus, plasma will form a proinflammatory environment that can diminish the effectiveness of treatment.

Earlier research has shown that the proinflammatory environment in SCD patients diminishes the high-density lipoprotein (HDL) activity. In the current research, Dr. Soupene and colleagues characterized HDL metabolites in SCD plasma and their impact on endothelial cell function. SCD plasma showed variations in the size distribution, but not the total level, of HDL. However, HDL was depleted of the pre-β particle. This partly explains about the malformed plasma cholesterol content seen in SCD patients.

HDL isolated from SCD plasma upregulated PTX3; which is a predictor length of inflammatory episodes in SCD; in endothelial cells. The addition of the heme-scavenger hemopexin (Hx) blocked PTX3 upregulation by SCD plasma. Hence, lipoprotein alterations were determined to be associated with SCD pathology. On this basis, whole blood transfusion containing RBCs and plasma may be a more effective treatment for vaso-occlusive events. "RBC exchange therapy, a well-accepted transfusion treatment of SCD patients, may have to be re-evaluated. Replacing only the red blood cells underestimates the important alterations in the plasma compartment," according to Dr. Soupene.

"Soupene and colleagues have provided an important new view on treatment of vaso-occlusive episodes. They demonstrate an altered HDL particle size distribution in SCD plasma that leads to increased inflammatory response. Their work points to a consideration of whole blood transfusion, as an alternative to RBC exchange therapy, as a treatment for vaso-occlusive episodes," Dr. Steven R. Goodman, Editor-in-Chief of Experimental Biology and Medicine, concluded.