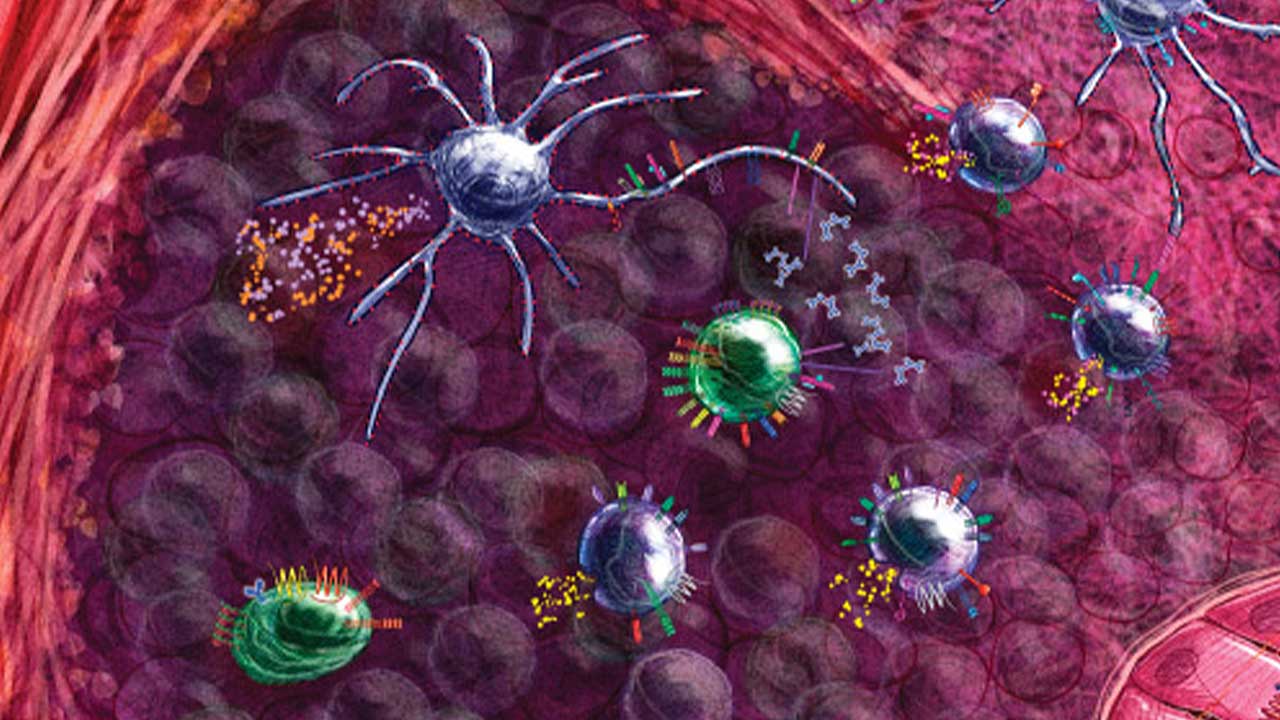 A Massachusetts General Hospital (MGH) research team has identified what appears to be an important checkpoint in dietary metabolism, a group of cells in the small intestine that slow down metabolism, increasing the amount of ingested food that is stored as fat rather than being quickly converted into energy. In the report published in Nature; they find that mice lacking these cells can consume diets high in fat and sugar without developing conditions like obesity; diabetes, hypertension; and heart disease.

After you eat, your body can convert energy into heat and burn it quickly or it can convert the food into fat and store it for later use,” says Filip Swirski; Ph.D., of the MGH Center for Systems Biology; senior author of the Nature paper. “We often speak of people who have a ‘high metabolism’ and seem to be able to eat whatever they want without gaining weight, while others struggle with obesity. These cells, which are known for their function in the immune system, also appear to play an important role in that metabolic choice.”

The team’s study focuse on a protein called integrin β7; which is known to direct immune cells to the gut but not previously to have any influence over metabolism. The MGH team initially found that mice lacking the gene for integrin β7 and fed a normal diet gained equal amounts of weight as did a group of control animals; even though the β7-negative animals ate more food and were equally as active.

Metabolic testing indicated that the β7-negative mice converted more food into energy, suggesting they had a higher basal metabolism. They also burn more glucose in brown fat, were more glucose tolerant; had lower triglyceride levels and better fat tolerance than did control mice.

To investigate whether these benefits persisted under nutritional conditions known to induce the metabolic syndrome—a group of symptoms associated with type 2 diabetes and cardiovascular disease—they fed both β7-negative mice and control mice a diet high in fat; sugar; and sodium. The β7-negative mice remained lean, glucose tolerant, and did not develop hypertension or other typical results of a high-fat diet. The control mice did become obese; with elevated blood pressure and reduced glucose tolerance.

Experiments with a mouse model genetically programming to develop elevated cholesterol found that blocking β7 expression in the bone marrow; where immune cells are generate; maintained normal lipid levels in the animals, in spite of their being fed a high-cholesterol diet. Mice with β7-negative marrow excreted more cholesterol; had improved glucose tolerance and were less likely to develop arterial plaques and other cardiovascular risk factors than were animals with normal bone marrow expression of β7.
A search for the cells responsible for β7’s metabolic impact revealed that the protein’s expression was highest in a group of T cells present in the lining of the small intestine. While β7 guides several types of immune cells to the intestines; only these β7-expressing intraepithelial T cells appear to regulate systemic metabolism. Swirski’s team showed they do so by reducing levels of a protein called GLP-1; which normally increases metabolism by stimulating insulin secretion and glucose uptake.